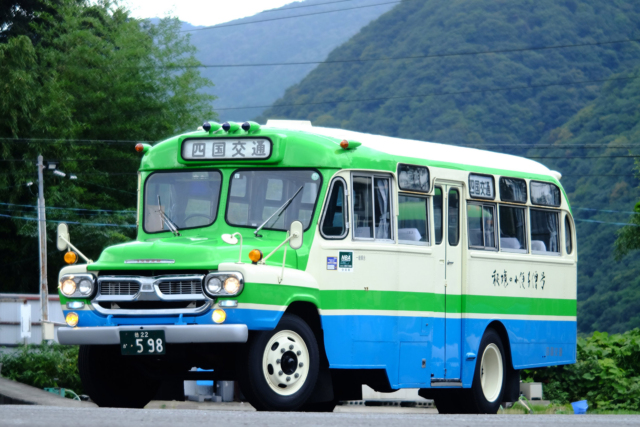 For 55 years, a 1966 Isuzu BXD30 “bonnet” bus faithfully served the Iya Valley area of Tokushima Prefecture. The green and blue coach was a regular sight among locals as it snaked through the scenic mountain roads loaded with tourists. Sadly, in November 2021 its need for repairs became too overwhelming for its owners and the bus was finally retired. However, a crowdfunding campaign will soon launch so that the Isuzu can be restored. 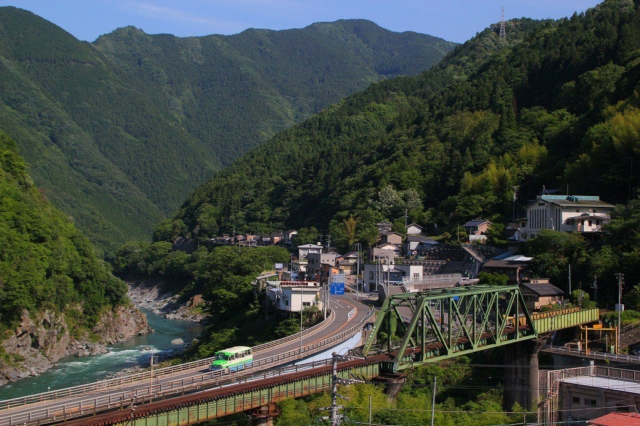 The Isuzu BX series was one of the most popular buses in Japan in the 1950s. The style of bus was called a “bonnet” bus because of the long hood that housed its 130-horsepower diesel engine. Isuzu built the drivetrain, but the bodies were often built by other manufacturing giants, like Kawasaki or Fuji Heavy Industries. Eventually one-box shapes became the norm for public transportation, so many Japanese feel that the bonnet buses exude a nostalgic aura symbolic of the Showa Era. 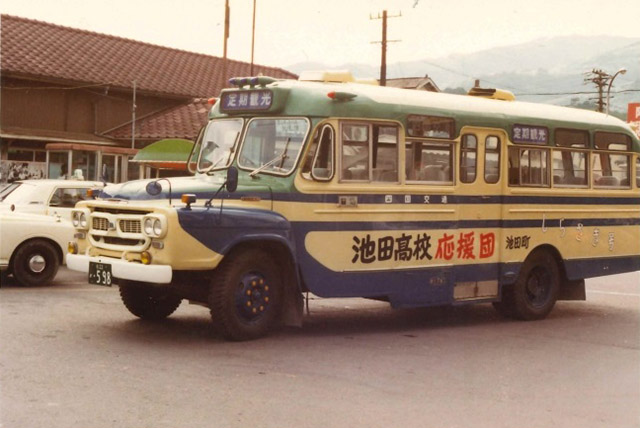 This particular bus was one of the final batches of bonnet buses purchased by Shikoku Kotsu, the bus company serving the Iya Valley area. The tourist destination is located in the middle of Shikoku, one of the three smaller islands that orbit Japan’s main landmass. The central Japan isle is described today as a nature-lovers paradise unspoiled by human activity. 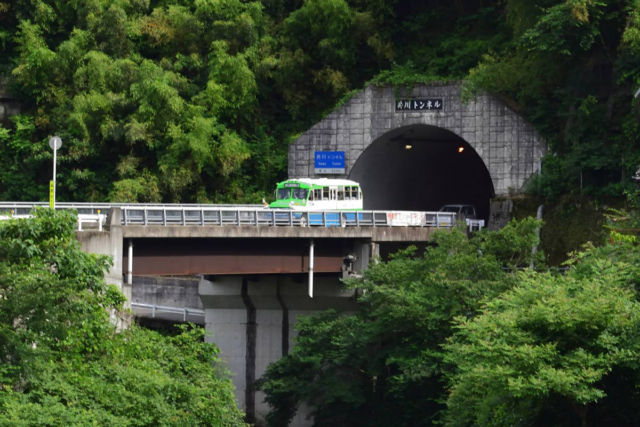 The buses ran four fixed routes over winding mountain roads in this remote region. One by one they fell into disrepair and were decommissioned over time. The last surviving bus was retired from regular route service in 1982. Since then, it’s been used as a sightseeing bus that takes passengers on a six-hour tour to notable stops throughout the Iya Valley. 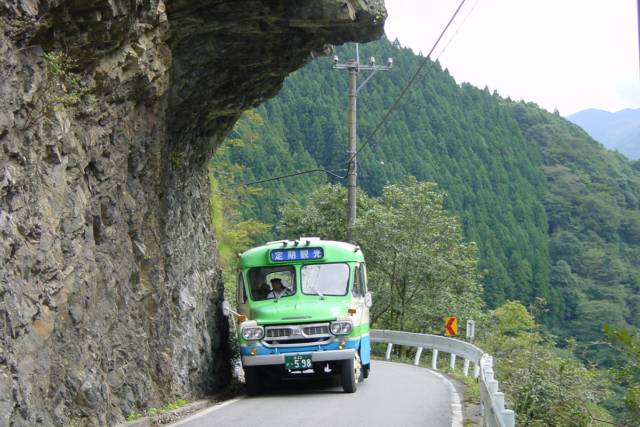 Shikoku Kotsu tried to keep it operational for as long as possible but now, 55 years later, they say it’s becoming increasingly difficult to find parts. Rust is also taking over various parts of the body. Additionally, the bus lacks air conditioning. They company says it didn’t used to be a problem — in fact smelling the scents of nature was part of the open-window tour’s appeal — but the warming weather in recent years has made a lack of climate control unbearable. It was finally mothballed on November 28, 2021. 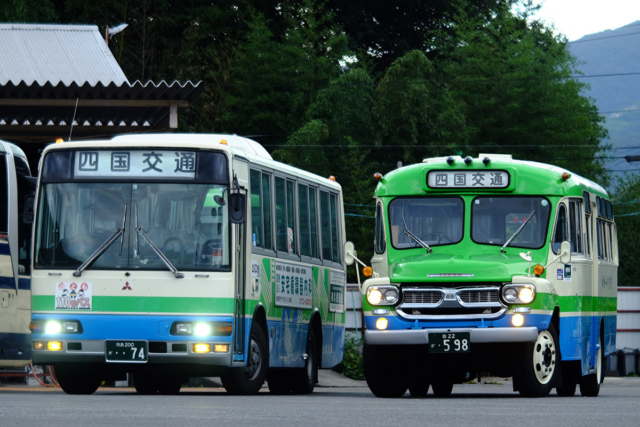 Now, the company plans to kick off a crowdfunding campaign in order to help with repair costs. The goal is to raise ¥7,150,000 (approx $56,100 USD). It’s not a bad sum at all, considering the size of the project and hat each contributor will receive a small gift that will be, in part, made from pieces of the BXD30 as it is being repaired. 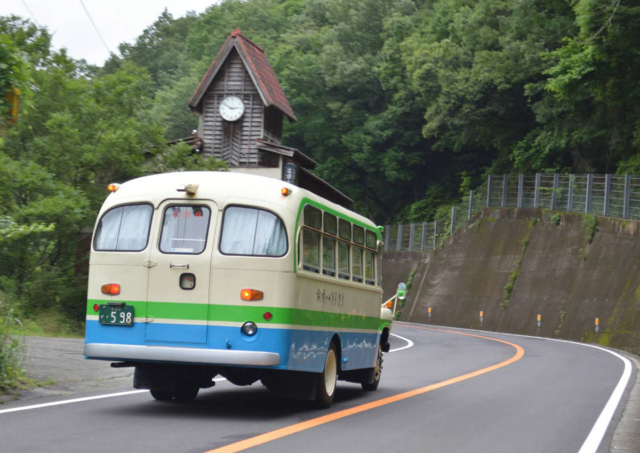 When completed, the bus will no longer run at certain intervals. Instead, it’ll be available for charter. Still, it would continue the more than half-century long tradition of green and blue bonnet bus sightings in the Iya Valley. If you would like to contribute to the bus’s restoration, you can do so here. The crowdfunding campaign will start May 25 and last until August 10, a total of 77 days. Perhaps its restorers could meet with those of a similar bus from Shiga Prefecture to compare notes. 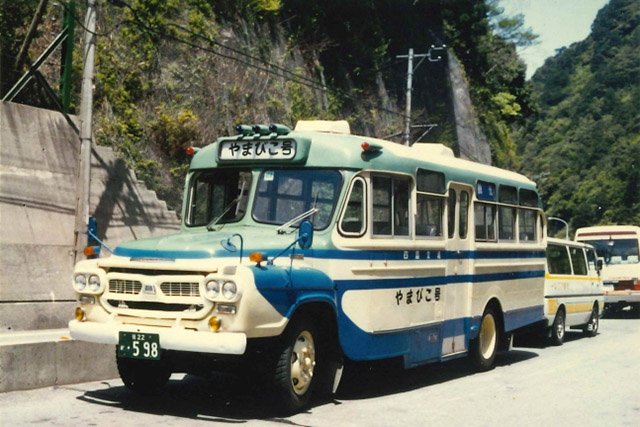 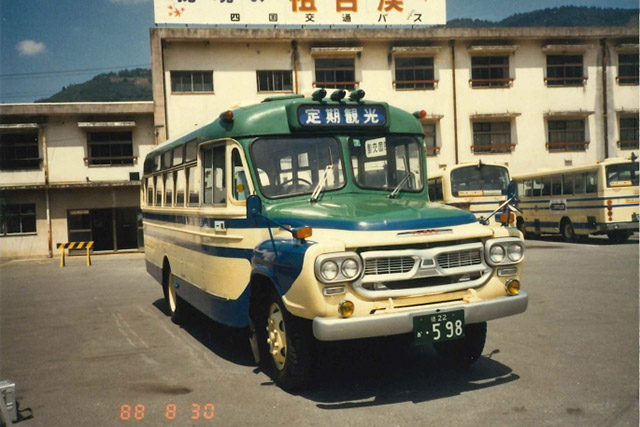 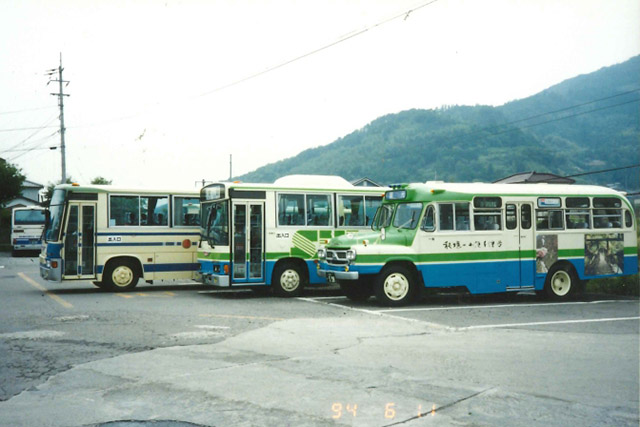 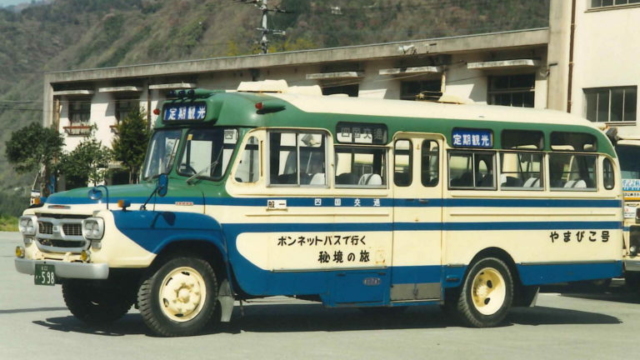 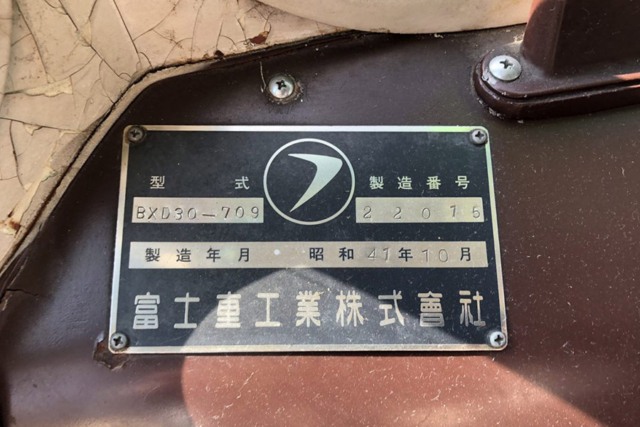 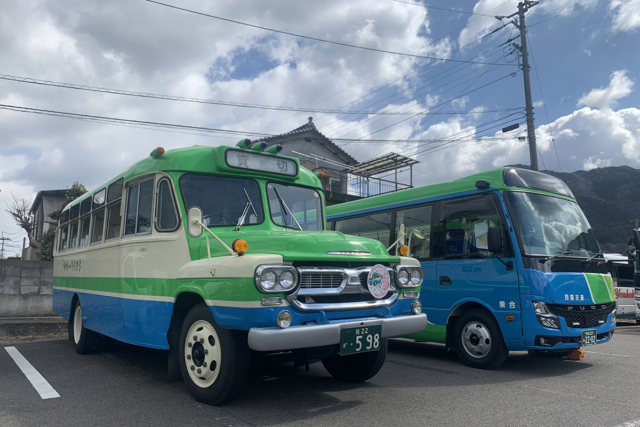 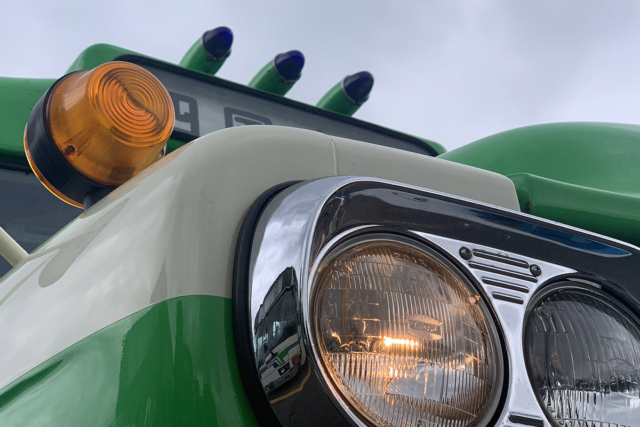 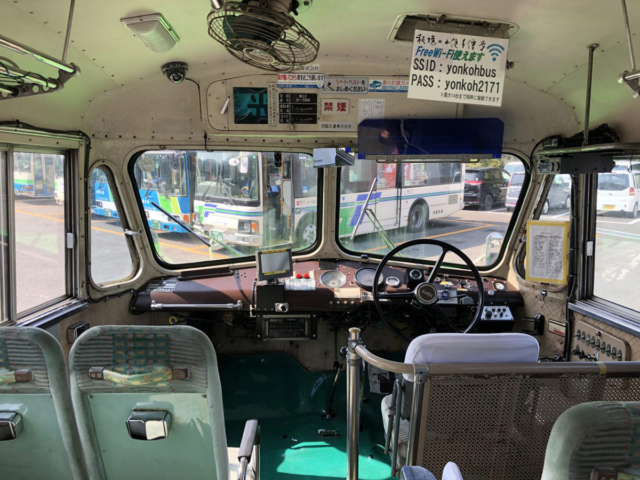 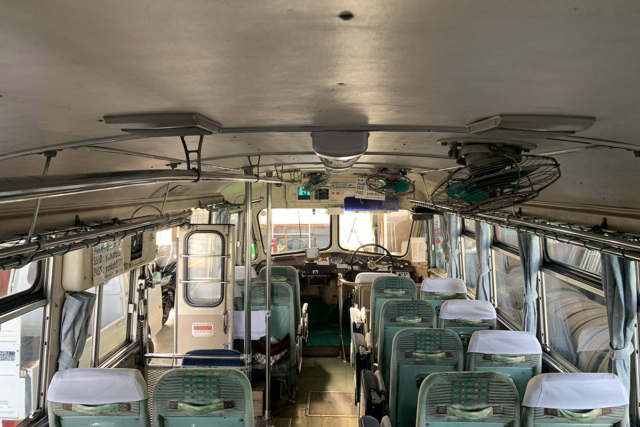 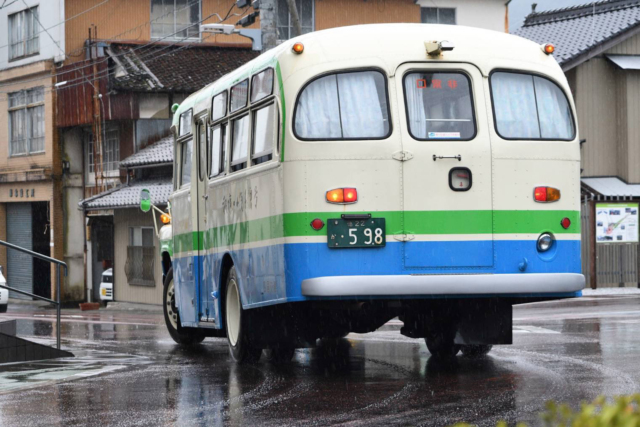 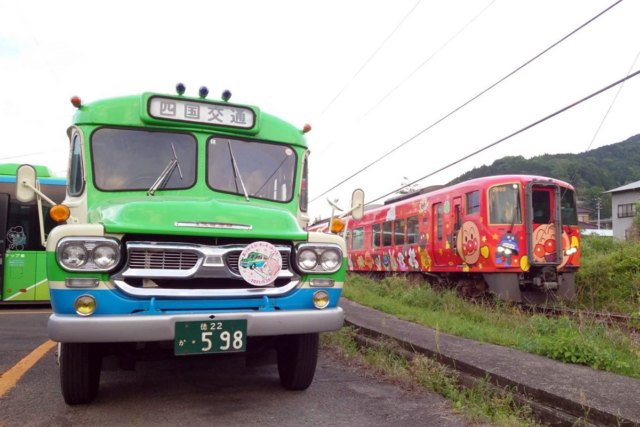 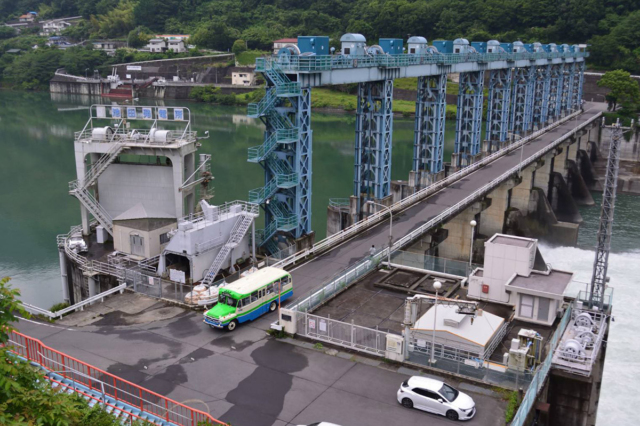 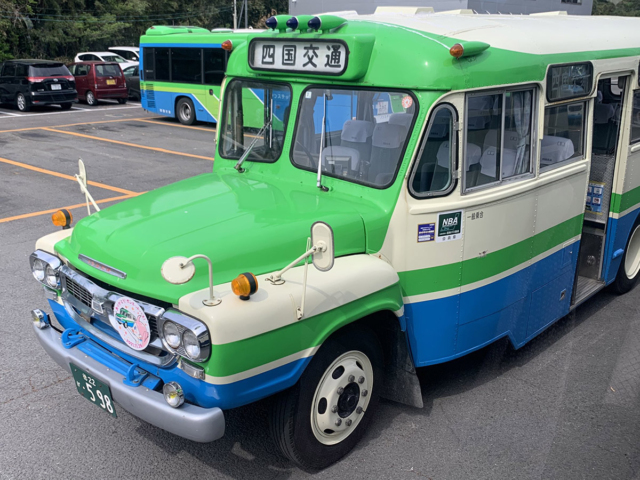 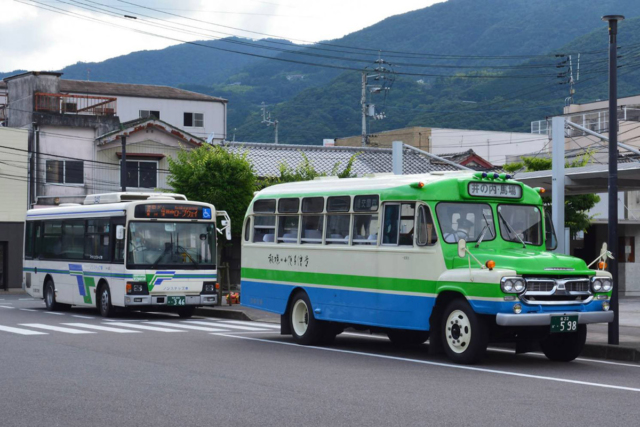 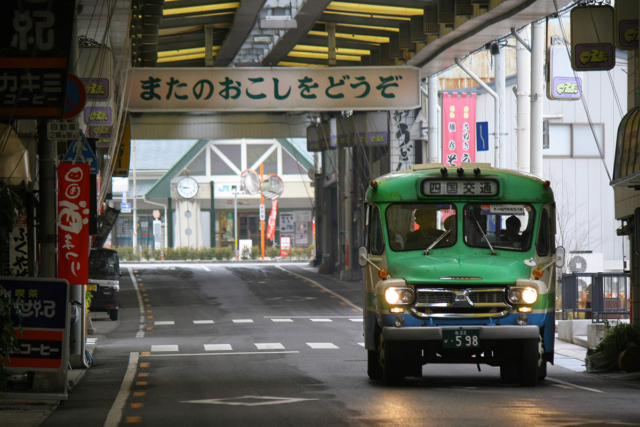 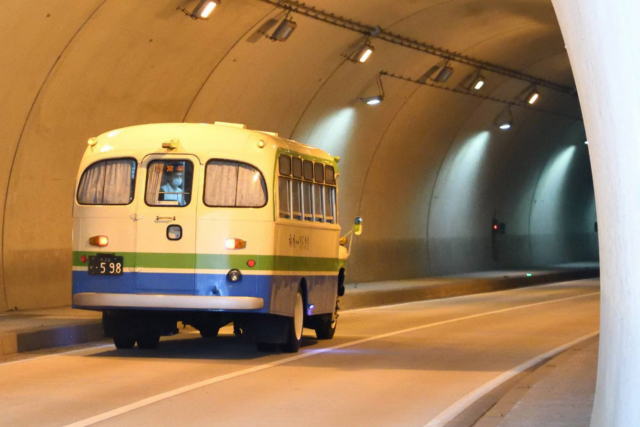 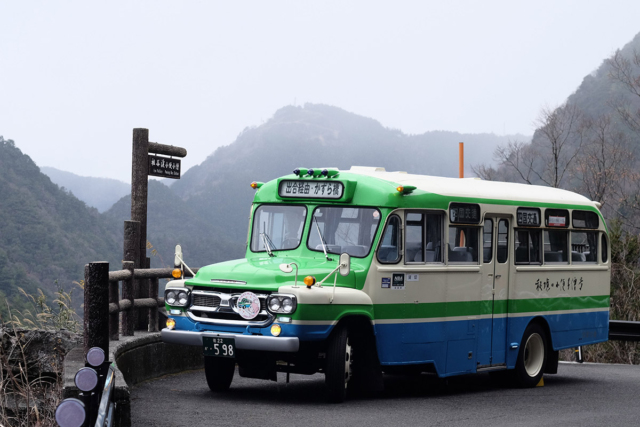