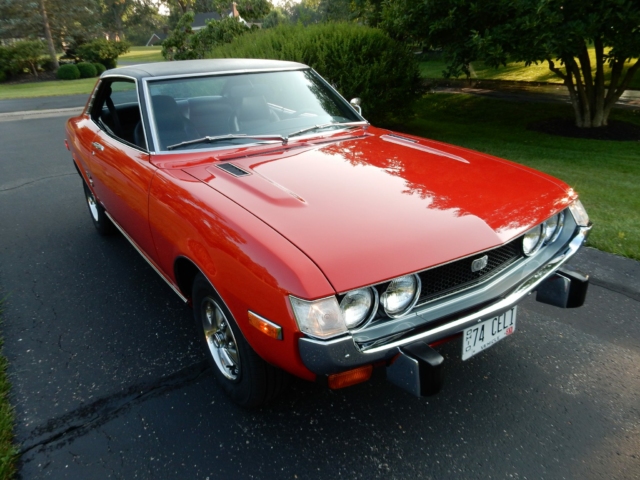 We don’t need to tell you that the acceptance of Japanese cars as collectible classics is pushing prices to previously unseen heights. Among some makes and models, values of so-so condition cars are shooting past what cream puffs once traded for, which only ratchets the prices of the truly well-preserved examples even higher. The latest example is a Cincinnati, Ohio 1974 Toyota Celica that just sold for $61,000. 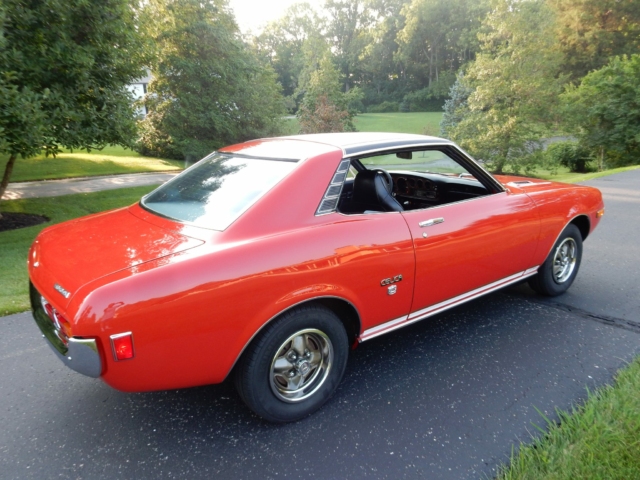 Now, what we’re about to say is going to sound like we’re hating on the car, but we assure you that’s not the case. It’s a beautiful example. It’s just that, though this auction on Bring a Trailer was a top dollar sale, it’s not truly a top dollar car. By 1974, carmakers were on their way to the dreaded 5-mph safety bumpers. That meant most Japanese cars eventually had to ditch their slim, body contoured chrome for ugly steel beams. Toyota in 1974 was transitioning to that inevitability from the intended design of the car, adding small bumperettes to the “smiley” bumpers. They’re not as egregious as the safety girders, but hardcore Celica collectors still prize most the pre-bumperette 1971-73 examples. 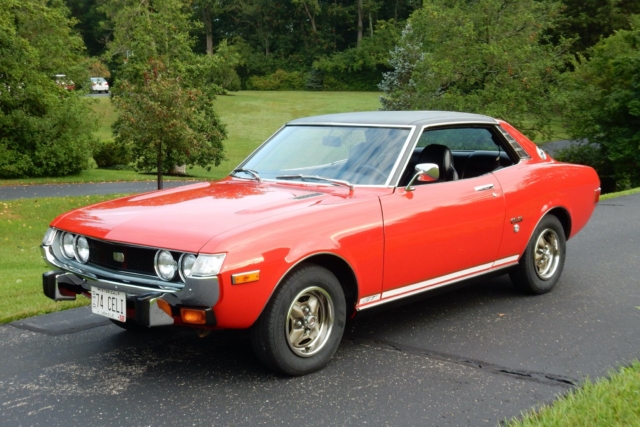 Now, the seller describes how in 2016 the bumpers were re-chromed and at that time the rear bumperettes removed and the holes in the main bumper filled — which leads us to another issue. Several aspects of the car are not original. There’s the bumperettes, the fact that the antenna was removed and the hole in the fender filled, and door speakers added by cutting out some of the door cards. The car has been repainted in its original 335 Red with some evidence of overspray.

The seller wasn’t trying to hide any of this. In fact, they were more than honest in the description by disclosing it all. Plus, it’s only natural that the seller would want some better sounding tunes as the decades progressed. It’s unlikely that even the original owner, which this seller is, thought that the car would ever ascend to a value six times higher than a same-year Jaguar XJ6.

The main selling point of the Celica seems to be that it’s a one-owner car. And that owner has truly done an admirable job of curating the car over its 74,000-mile life. It even won its class at the 2017 Cincinnati Concours d’Elegance. We’re just as surprised as anyone that a mid-year Celica that’s close but not quite bone stock and that doesn’t have museum-spec mileage has sold for $61,000.

Earlier this year a 1976 Celica Liftback sold for $62,000, but there were some unique circumstances to that sale. That doesn’t seem to be the case with this one. So, to put it another way, if this 1974 Celica went that high, what would a 1971-73 Celica in showroom-mint condition go for (of course, there the challenge would be finding one)? Or better yet, what about a Japan-spec TA22 with the 2T-G twin-cam engine? The days of six-figure Celicas are probably not too far off in the future.

permalink.
This post is filed under: marketwatch and
tagged: a20, celica, toyota.