The EA82 Loyale was Fuji Heavy Industries’ flagship model until it was dethroned by the Subaru Legacy. The particular example offered for sale in Cadillac, Michigan is without a doubt the best example of an EA82 we’ve seen stateside, and it isn’t just a base model DL either. With only 59,000 miles on the clock, it would take copious amounts of trail hooning to arrive at the condition most EA82s are found in, but who could do that with such a pristine example of the biggest unsung hero of the Pleiades badge? 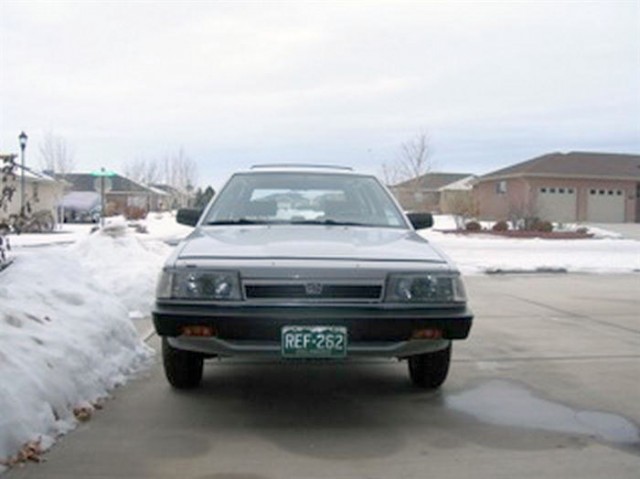 I know personally just how loveable these boxy cars can be, as I own a 1986 Subaru GL-10, but they can be full of traps for unsuspecting JNCers too. Generally, most EA82s for sale today are either made of rust, have blown engines, or have been beaten into the ground. The red cancer is a common trend on classic Japanese cars, but a Toyota Stout will last twice as long in the salt as these do.

If you do manage to find one without rust, the next thing to check for is oil and coolant leaks. The average head gasket life is around 80,000 miles, and that can be cut in half for GL-10 Turbo models. If not well maintained, these cars spill their fluids on to the road like ritualistic seppuku. 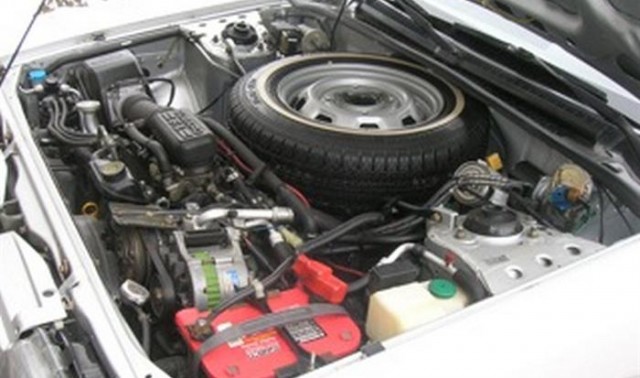 That can largely be a result of basing this engine directly off of the old 1.6L EA71 pushrod engines from the 1970s, but luckily this Loyale for sale has the most reliable engine of the bunch, the SPFI (Single Point Fuel Injection) version. The transmission is also correct, with an On-Demand 4WD 5-speed instead of a 3-speed automatic slowly killing itself over the stresses of 90 rampaging horses.

Naturally, if you’re into swapping engines, this is a great platform. Modern EJ series engines bolt in, and MacGyver might be able to squeeze a flat-six into it. In a chassis that weighs in at only 2,200 lbs, that’s a Fuji that’s not very heavy. 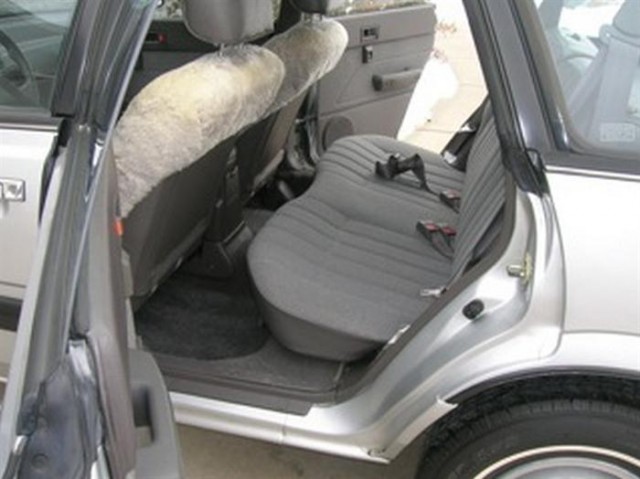 The body on this particular car is phenomenal for any vehicle of this vintage, but given that it’s an early Subaru, its condition is even more unbelievable. The Loyale did away with many of the earlier cars’ trim pieces that led to premature rusting. 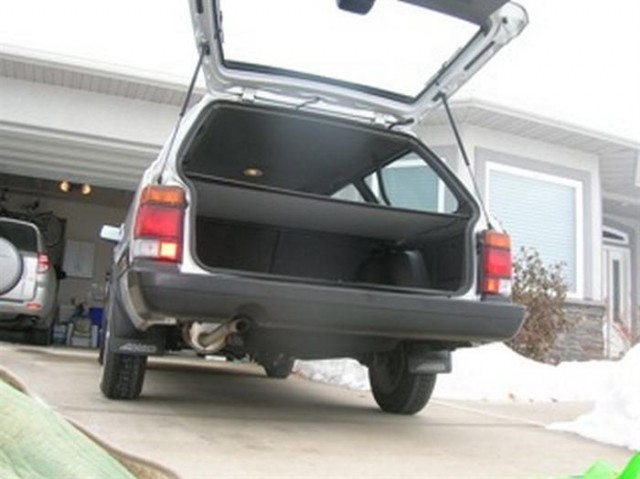 The undercarriage hasn’t been pictured, but from what we can see there’s no rust on the control arms and barely any on the factory exhaust. The control arms on pre-Legacy Subarus were very poorly rustproofed, and bushings could prove to be an issue as well. An OEM exhaust in this good a condition is unicorn-like in its rarity.

Rare options like the bug guard and spoiler of questionable aerodynamic assistance are present here too, along with the optional roof rack as well. With extremely long trunk lift supports that still function, you can even go out for a picnic without sustaining a concussion. Maybe the optional cargo cover will keep you from getting robbed or having your food fester in the fishbowl of un-tinted windows on your way there. 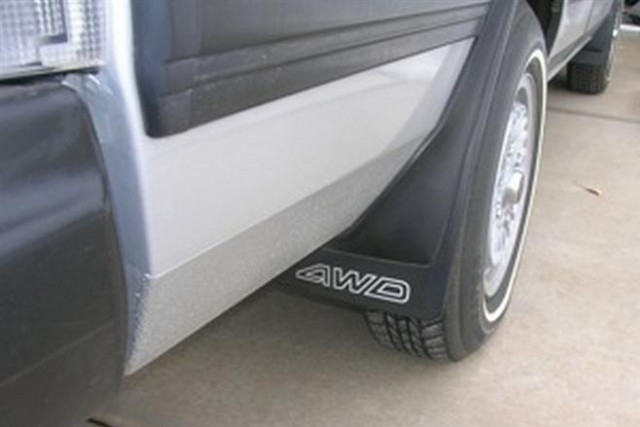 My favorite option on this car is the mudflaps. Starting in the early 80s, Subaru would match the color of the lettering to the car: white “4WD” on GLs and Loyales, pink “4WD” on GL-10s to match the pink “TURBO” decals on the doors. 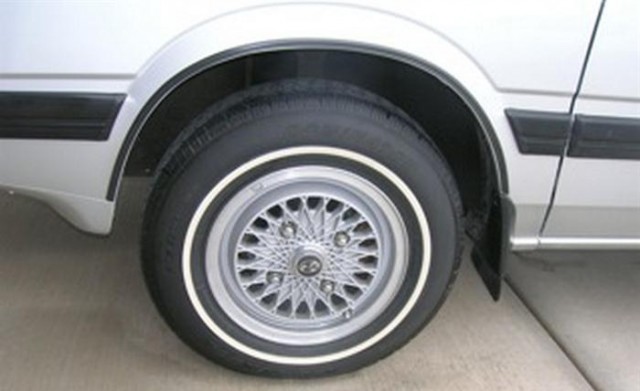 If the wheels seem small, it is partially because of their 13-inch diameter, but mostly due to the absolutely absurd 4×140 lug pattern. Having the lugnuts sit nearly half a foot a part from each other does make sourcing aftermarket wheels difficult. Luckily, a number of adapters and modifications are available to swap these from anywhere from 5×100 to 6×137, making wheels of modern size an option. But who would want to get rid of those gorgeous alloy meshies, which are presumably OEM optional? 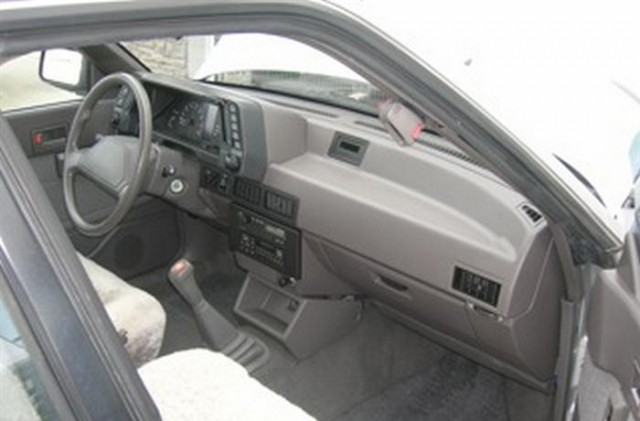 Personally, I find the older GL interiors more appealing than the Loyale’s, but you cannot discount how well this has been maintained, and Loyale cabins were probably a lot more durable to the elements. 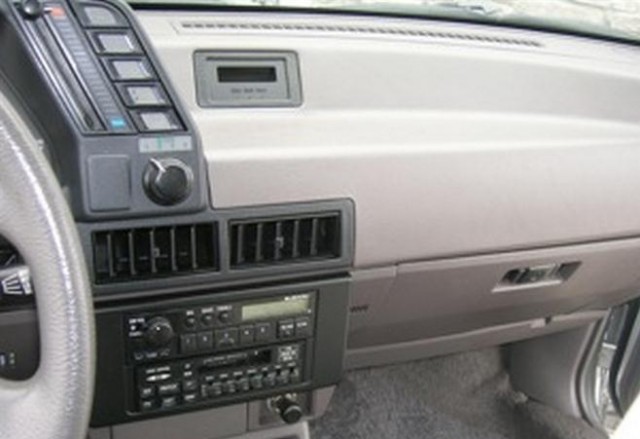 By this time, the quirky options such as a trip computer, alarm clock, pneumatic ride control and the digital dashboard had gone by the wayside. However, the double-DIN premium Subaru stereo stayed. On-Demand 4-Wheel-Drive was a must. Power locks and windows were always available on these as well, and there was even an option for a key fob as early as 1987. 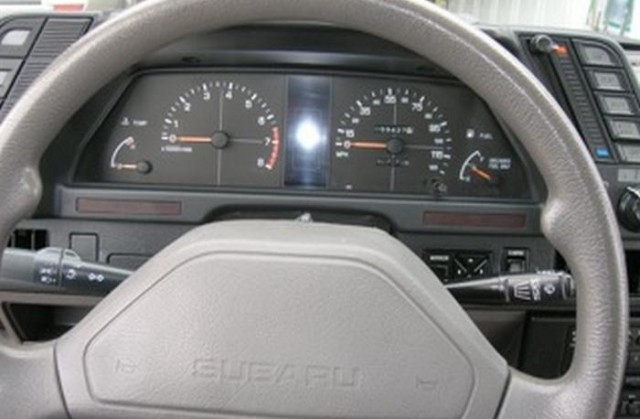 A classic Subaru enthusiast would also notice no trace of rust bubbling on the B-Pillar either, one of the bizarre rust-prone locations on this chassis. The sheepskin seat covers look like the leftovers from when grandma had the car, but at least they defend the seats from 20 years of denim, snow, dirt and UV rays.

A completely unmolested classic Subaru wagon would be a perfect addition for your family of Japanese nostalgic cars. You could take it out camping, on trails, or to classic car shows. It is currently offered for sale on this website for $7,500. We hope to see it at a Subaru meet this summer.

permalink.
This post is filed under: for sale and
tagged: EA82, kidney anyone, Loyale, subaru.