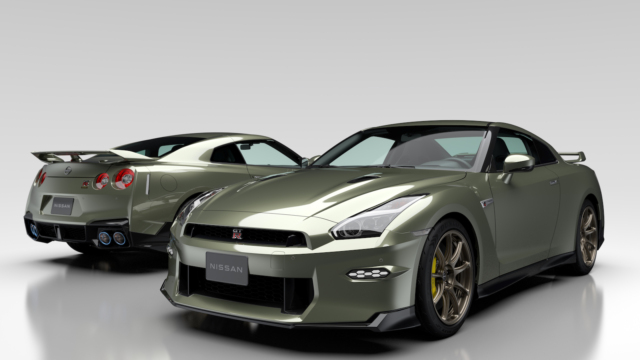 Unveiled at the Tokyo Auto Salon, the 2024 Nissan GT-R adds a surprise late-in-the-lifespan facelift to Nissan’s supercar slayer. Those familiar with the R35’s Skyline predecessors will immediately recognize its lineage. Along with the visual throwback it also brings back two iconic colors from the R34, Midnight Purple and Millennium Jade. 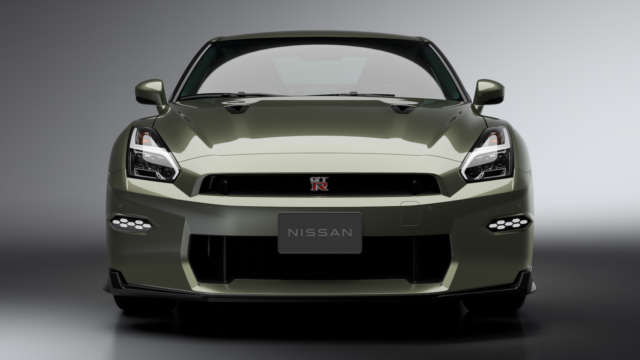 Visually, the biggest change to the car can be found in the new front and rear fascias. That squared-off snout is instantly recognizable as an homage to the R34. The V-motion grille — which debuted in 2017 and is itself an evolution of the original 240SX’s “pignose” — has been kicked to the curb. 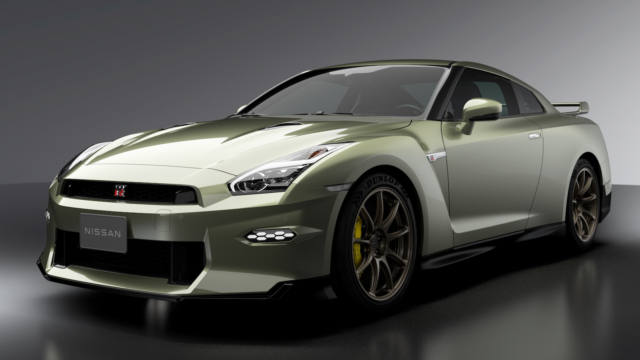 Even the rounded bumper and jutting lower section seem evocative of the 90s and early 2000s. It looks like the the type of body kit one might install on a tuned car from that time. The only element that looks out of place are the hexagonal foglamps at each corner. 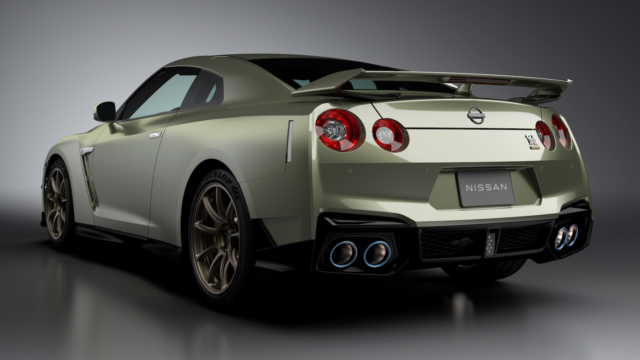 The rear, too, has been redesigned. The aft fascia isn’t as slab-like, giving the rear some shape that recalls Skylines of old. There’s a new wing design and mounting position, and the signature quad taillights have a new pattern in the lenses as well. The blue-tipped titanium exhaust has been redesigned as well for a new sound. 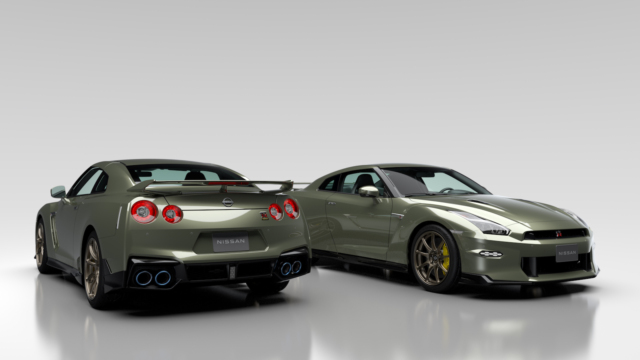 There are no improvements under the hood. The VR38DETT continues to make 565 horsepower and 467 lb-ft of torque, but Nissan says the improvements to aerodynamics add downforce while retaining the 0.26 Cd of the outgoing design. Even the lattice pattern of the new grille was thinned out to improve aero and cooling. 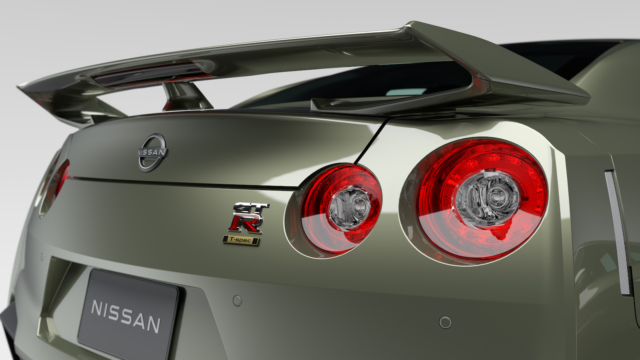 2024 also reintroduces the T-spec, last seen in 2021. This limited production trim adds wider fenders, the carbon-ceramic brakes, and 20-inch forged Rays (albeit in gold) of the 600-horsepower NISMO trim. However, it’s available in two exclusive colors that are legendary among Skyline GT-R devotees. Midnight Purple is a homage to the Midnight Purple III R34 V-spec, of which only 132 were made. Millennium Jade recalls the R34 GT-R V-Spec II Nür, which saw only 156 examples in that color. Both of these were offered on the 2021 T-spec. 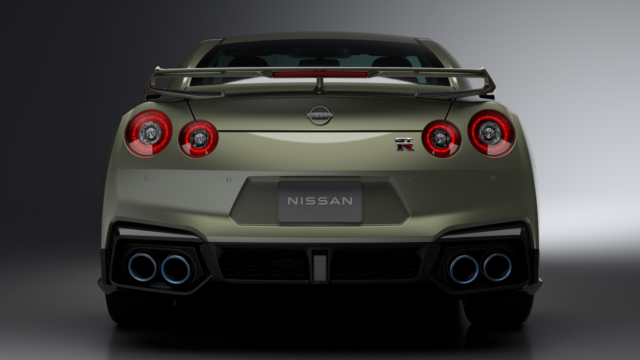 The T-spec comes with a dark Mori Green interior as it did in 2021, and it will wear several badges inside and out to denote the special trim. The previous T-spec was limited to 100 units worldwide. A Nissan spokesperson told JNC that the 2024 T-spec will also be limited production, but could not say how many at this time. 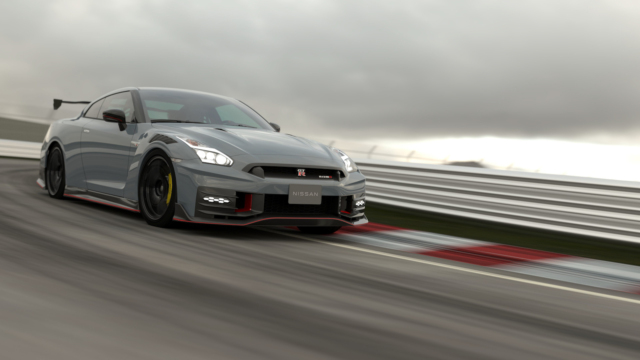 Of course, the GT-R NISMO has received its own share of upgrades. It too wears new front and rear fascias based on the designs of the base GT-R. In addition, it adds, carbon fiber front lip, side skirts, a huge rear diffuser, and canards. A new swan-neck rear spoiler adds 10 percent more surface area for added downforce. 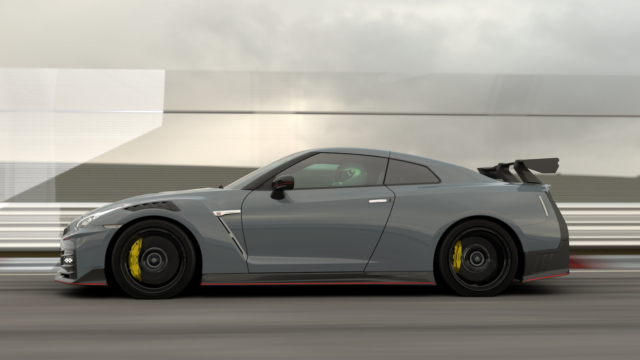 Most importantly, the GT-R NISMO comes with a front LSD for the first time. The mechanical type keeps the inner wheel from spinning during cornering, and combined with the added aero will make it an even more potent circuit weapon. 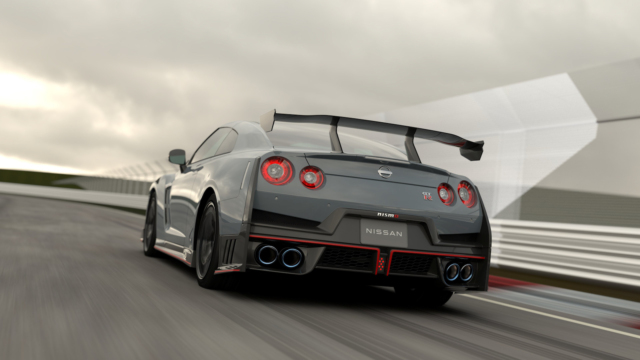 The powertrain carries over, making the same 600 horsepower and 481 lb-ft of torque that it has since 2020. As before, the NISMO is distinguished by more than just a power bump. Its roof, hood and trunk are carbon fiber panels to add lightness and reduce its center of gravity. Stronger bonding between sections of the monocoque improve torsional rigidity, and the upgraded brake/wheel/tire package we mentioned when describing the T-spec continues with the NISMO.

The GT-R NISMO is available in an exclusive Stealth Gray, but for the 2024 model year Nissan is introducing an additional NISMO Appearance Package. That includes red accents on the Rays wheels, a clear-coated carbon fiber hood in place of the body-colored one, and an exclusive engine cover.

The 2024 Nissan GT-R is scheduled to arrive at showrooms in spring 2023, with the GT-R NISMO to follow in the summer. You can watch the global reveal from the Tokyo Auto Salon in the video above. 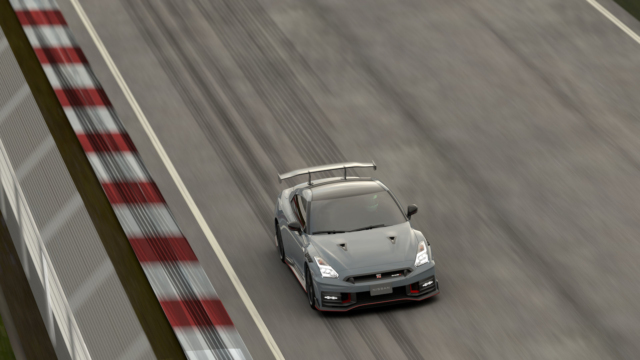 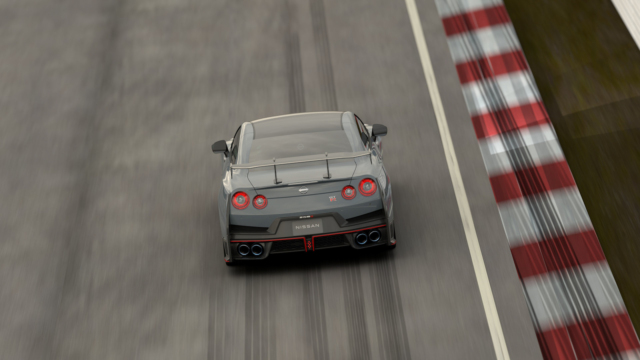 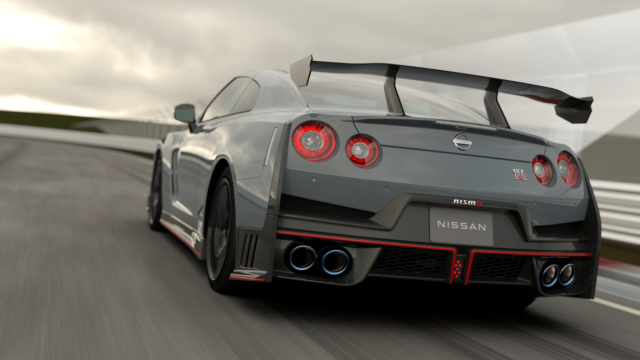 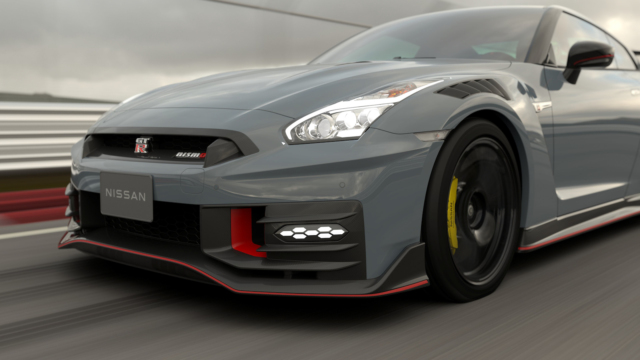 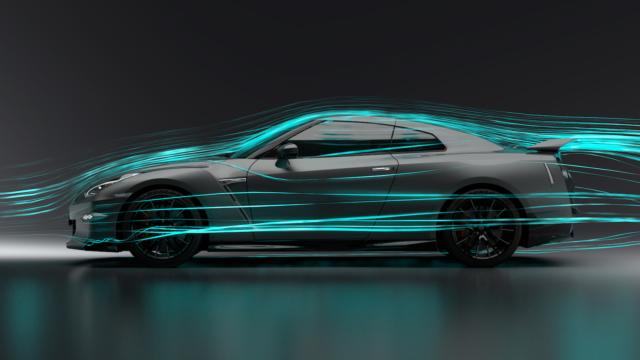 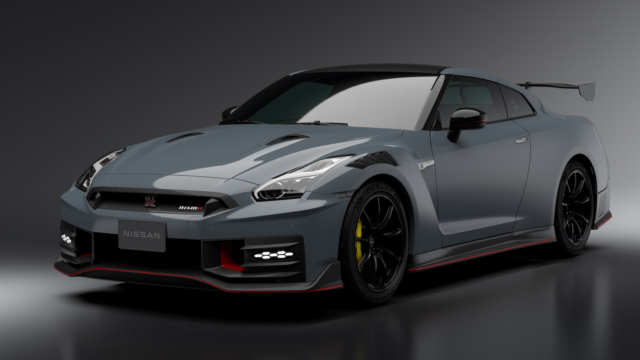 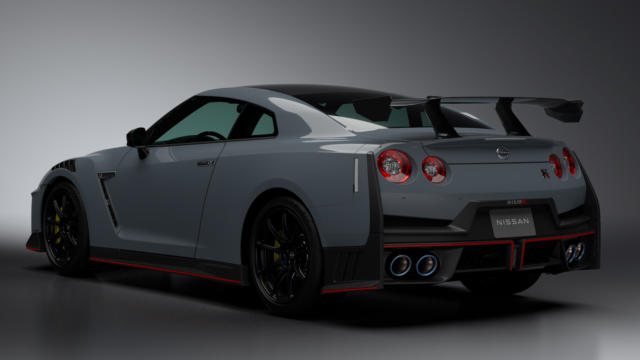 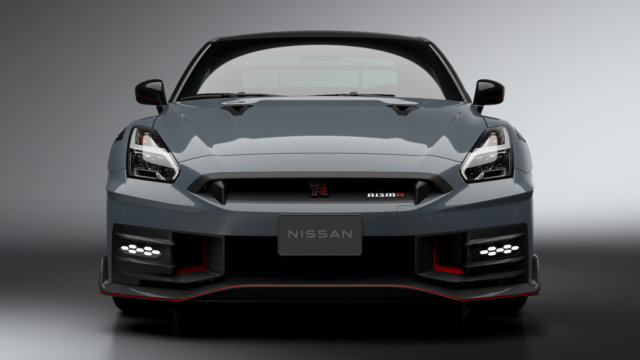 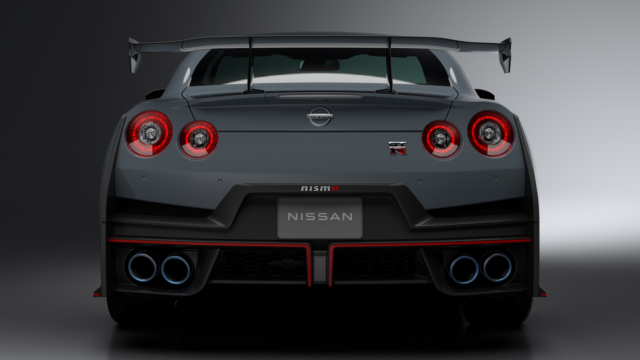 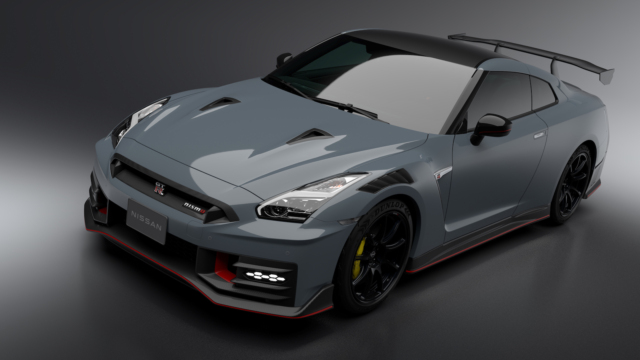 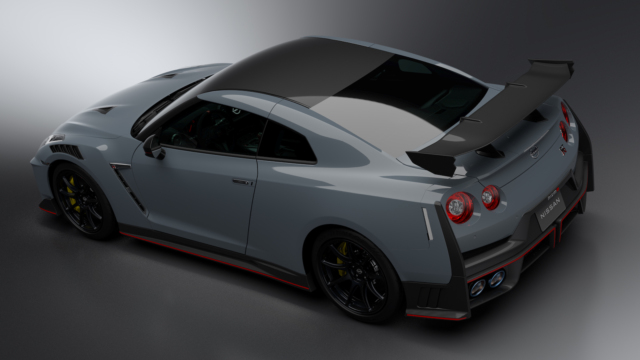 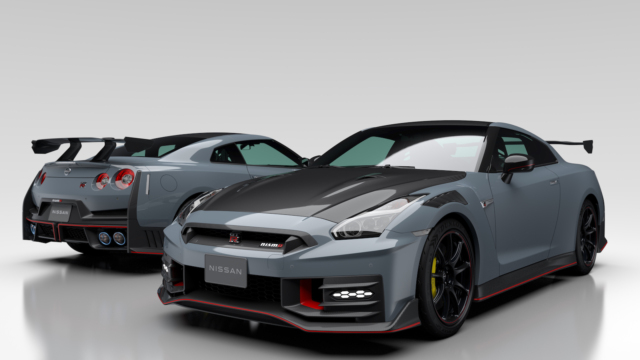 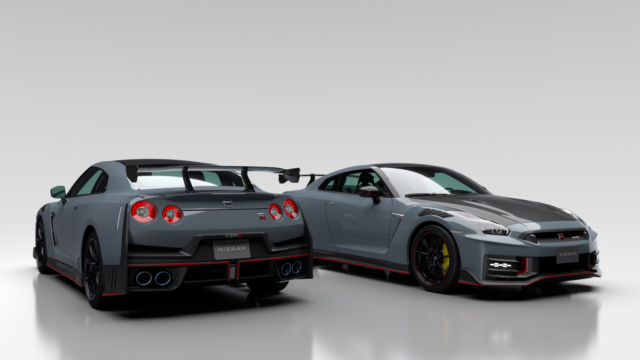