Honda has been on a roll reviving its most iconic compact motorcycles. The latest one to join the party, the ST125 Dax, has just been released in Europe. As the name implies, it’s powered by the same 125cc four-stroke single as the Grom and Super Cub, as well as the recently revived Trail Cub and Monkey. With all those options it may seem that Honda does not need yet another bike with the same engine, but the Dax’s retro charm may prove otherwise. 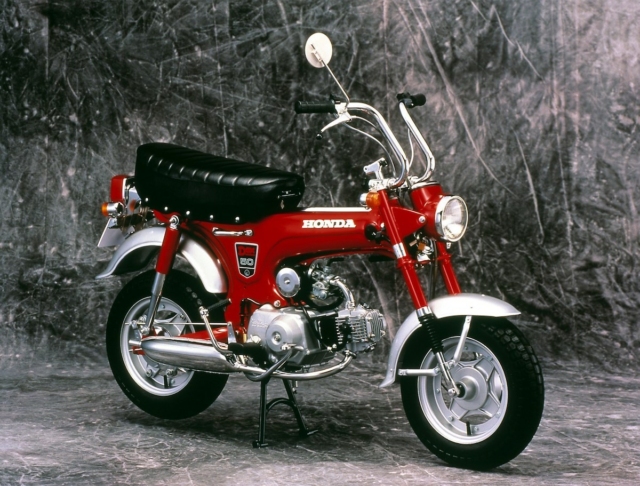 The first Dax debuted in August 1969. It shared many mechanical bits with the original Super Cub, but was designed to be small enough so that it could be mounted to or carried by a larger vehicle. As such, it had a removable front wheel and foldable handlebars and steps for ease of stowage in, say, the trunk of a car. Crucially, Honda’s design brief required a fuel tank that would not spill, even if the bike was laid on its side.

It’s most distinguishing feature, however, was its CS90-inspired pressed steel T-frame that housed the gas tank and served as the main body. Engineered for light off-road duty, its squat frame was supported by knobby tires mounted over 10-inch wheels. That short and stocky profile also gave it its name, Dax, for its resemblance to a dachshund dog. 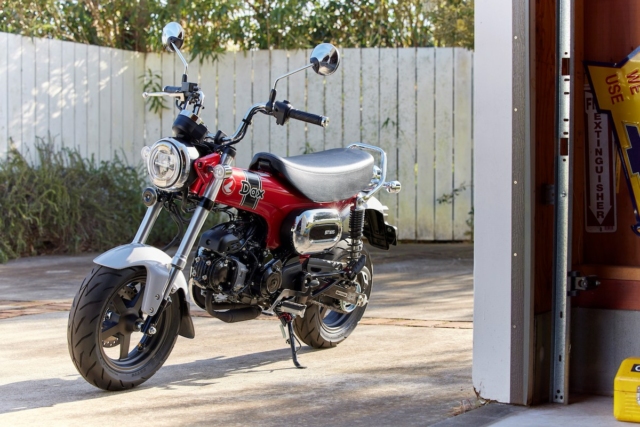 After a several revisions and offshoot variants the original run ended in 1981, but its charming design continued to accrue fans. Love for the Dax was so enduring that Honda brought it back once before, in 1995. The second run lasted until 1999, when stricter emissions rules in Japan killed it off for a second time. 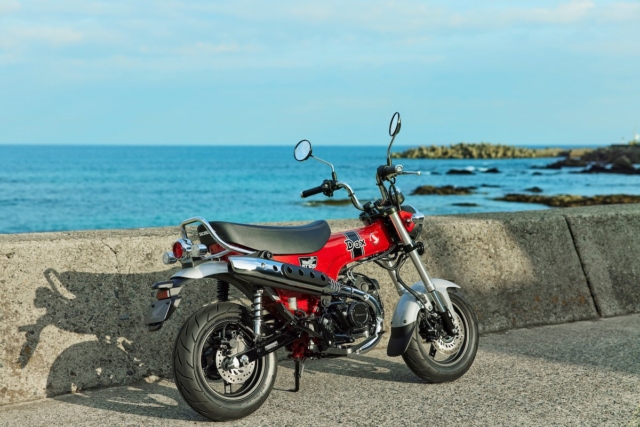 This time around the Dax rides on a much larger engine than its original 70cc. As before, the T-frame supports a set of chrome handlebars flanking a circular headlight, now LED, above a chrome front fender. Wheels are now 12 inches in diameter and the circular chrome instrument readout now uses an LCD readout for speed, fuel, and the odometer.

Another one of the original Dax’s notable features was its dirtbike-inspired upswept muffler with a chrome slotted with a distinctive heat shield that was sometimes slotted, sometimes drilled, or both. The new one resurrects that design cue with a chrome heat shield with both gills and holes. A thick cushioned dual seat and chrome grab rail round out its retro looks. Oh, and there’s an adorable logo of a dachshund in an aviator cap and goggles. 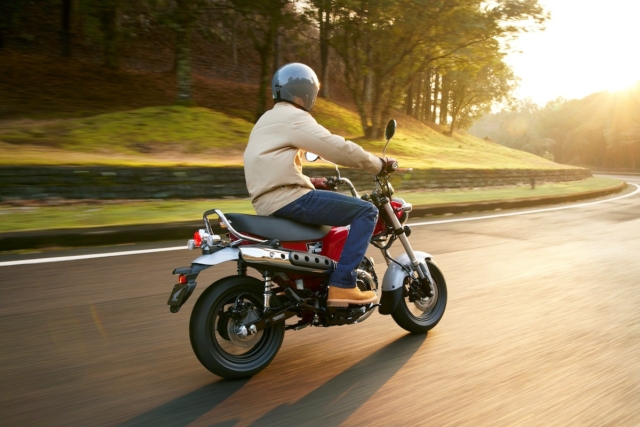 The engine puts 9.25 horsepower and 8 lb-ft of torque down through a 4-speed transmission with centrifugal clutch, carrying the bike to a top speed of 56 mph cruising speed. It comes in two colors, Nebula Red or Cadet Gray. 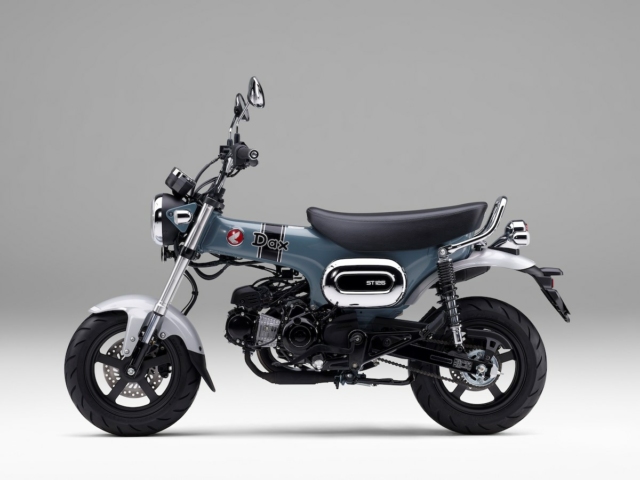 Pricing hasn’t been announced yet, but the Trail Cub 125 costs $3,899 and the Monkey 125 sells for $4,199. It would be reasonable to expect something in that range. With original examples trading for almost $10,000 on Bring a Trailer, that’ll seem like a bargain.

permalink.
This post is filed under: Motorcycles and
tagged: dax, honda.