The next Nissan Pathfinder could have retro design cues 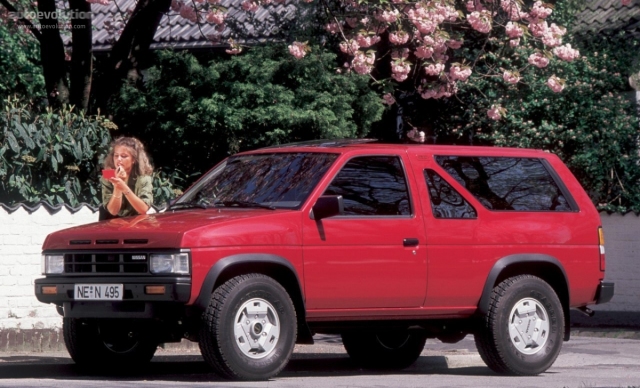 A new Nissan Pathfinder will be revealed later this week, and we’re going to make a prediction. It will have retro design cues taken from the first-generation. It’s not a complete shot in the dark, but it’s close. In this case, we have no insider information; just some circumstantial evidence.

First, let’s take a look at the teaser Nissan released last week previewing the 2022 Pathfinder. The video dated January 29, 2021 shows a lot of mud and dust, and not a paved road in sight.

In the weeks leading up to it, though, Nissan designers based in Japan have been posting images of the first-gen Pathfinder (known as the Terrano in Japan) in their social media. A few days prior to the video, Nissan’s global design chief Alfonso Albaisa posted an early sketch of the original with the accompanying caption:

The beginning of it all. You can see in this Sketch the beginnings of our Pathfinder journey. Tom, Jerry and Doug looking for how to create a new signature for what back then was a straight forward truck/suv segment. Doug Wilson started sketching the roll bar from a pickup as a graphical motif for the SUV. Tom ran with it and eventually it graphically became one with the body maybe a few week after this sketch. Jerry Hirshberg, Tom Semple and Doug Wilson were a force together and a joy to be with.

While this isn’t any proof, it’s not unlike how he teased us with a line drawing of the Z Proto‘s rear a few days before the unveil. Our friend Ken Lee, who heads Nissan’s design of light commercial vehicles, has posted a bit of Terrano content as well, including fellow designer Daisuke Takazawa‘s own Terrano and a visit to the example held at Nissan’s Zama warehouse.

Will this hold up in court? Absolutely not, but call it a gut feeling. And just because it has some throwback design cues doesn’t mean the next Pathfinder will go back to its roots as a true body-on-frame 4×4 (though Nissan would be stupid not to). In any case, we will know the full story on February 4 at the live online reveal.

permalink.
This post is filed under: News and
tagged: nissan, pathfinder.