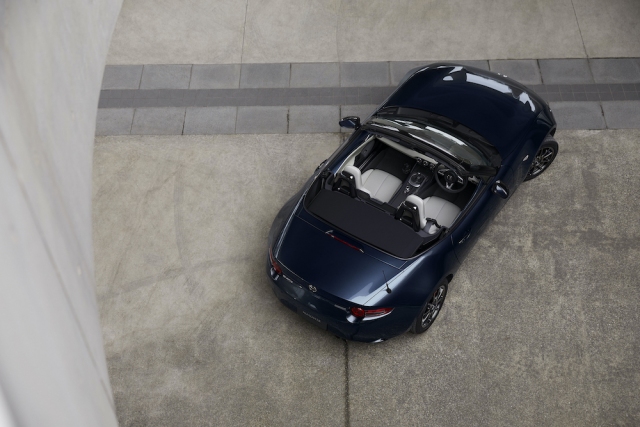 Mazda just announced the specs for the 2021 model year Miata, with updated colors being the key change. In particular, the new Deep Crystal Blue exterior and white leather interior are nice nostalgic callbacks to the heritage of the iconic roadster. In fact, they evoke one of the most exclusive Miata variants in Mazda history. 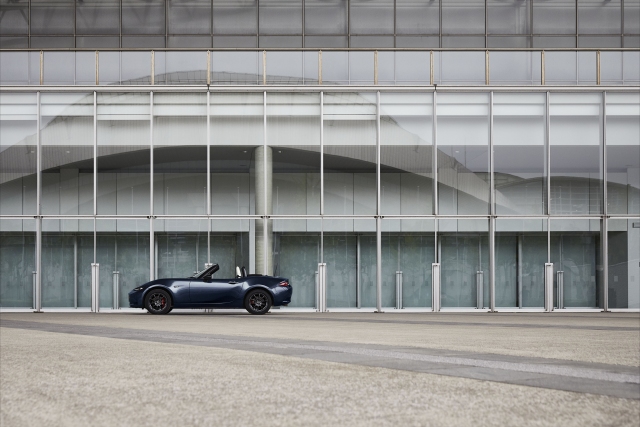 In the home market, the new color combination will be called the “RS White Limited Selection,” the RS model being equivalent to the Club trim in the US. The soft top will be paired with the Rays wheels used on the 50th anniversary edition, while the RF will come with the familiar BBS wheels. Officially, Mazda says the car takes inspiration from the S Limited Eunos Roadster. 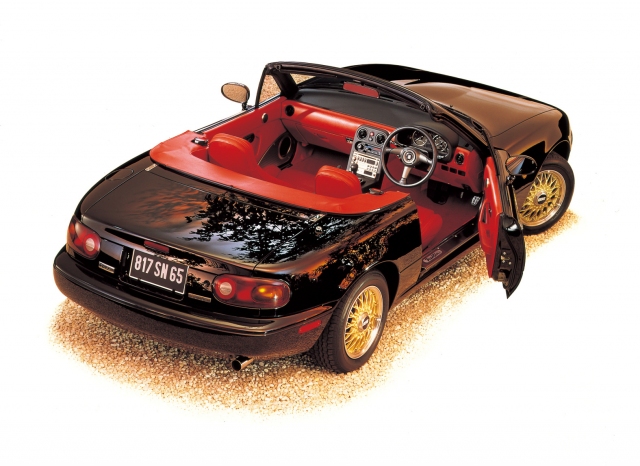 The S Limited was sold in Japan around late 1992. Limited to just 1000 units, it was very striking with its Brilliant Black exterior, red leather interior, and gold BBS mesh wheels. An otherwise top spec model, it also came with upgraded Bilstein shocks and a yellow strut tower brace. The red leather seats had speakers embedded in the headrests, and, to add even more panache, even the carpet was red. A special edition similar in appearance was sold in the US in 1993. 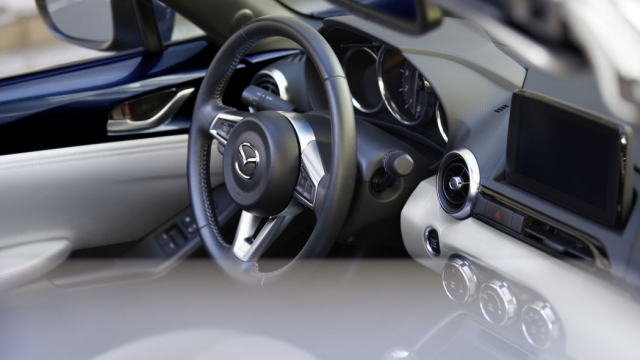 On its Japanese website, Mazda says the new RS White Limited brings back the original concept of the S Limited. The colors are equally strong, and the BBS wheels on the RF are a consistent detail. Production also will be limited. You can only buy the new special edition in Japan until end of March 2021, though no production number limit was announced.

However, as much as we love the nostalgic link to a very iconic special edition, we think the actual easter egg in this color combo is a nod to an even more special Roadster: the M2 1002. 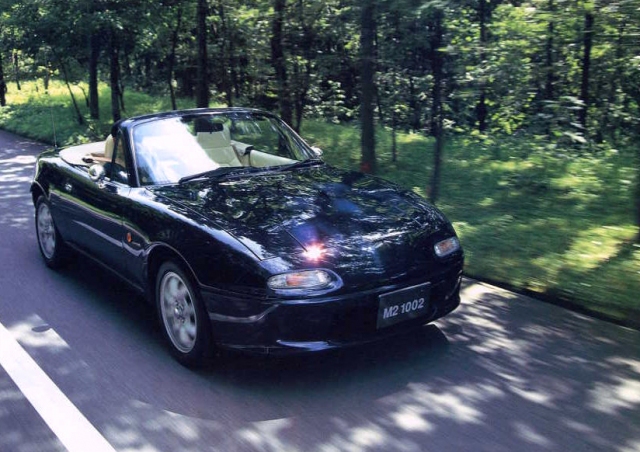 M2 Roadsters were high-end, high-concept, and low-volume variants produced by a rather experimental arm of Mazda back in the day. The 1002 was the second M2 Roadster sold to the public, released in 1992 and limited to juts 300 units. 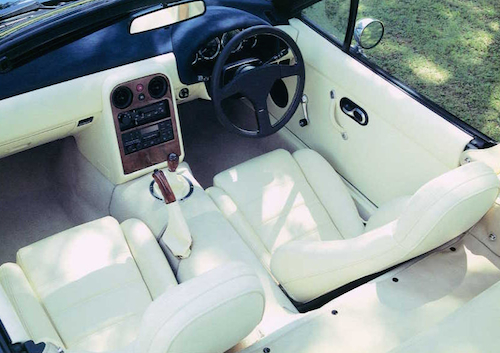 Its defining characteristic was an opulent interior clad largely in light ivory leather, with the dash top in dark blue leather to match the exterior. While the M2 project vanished after the Bubble Economy burst, it’s hard not to be reminded of the 1002 when looking at the new blue and white ND.