The winners and runners up of the 2020 Tokyo Auto Salon 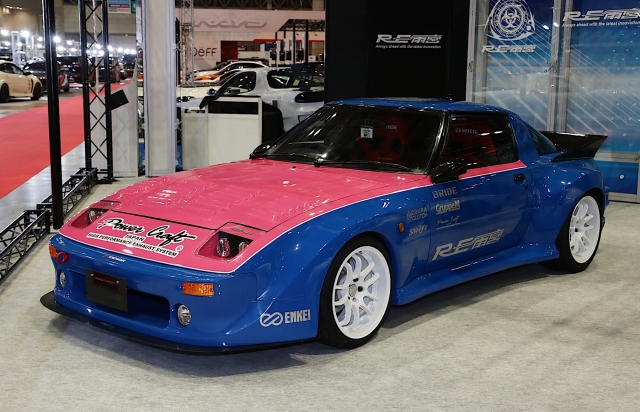 The 2020 Tokyo Auto Salon was, like SEMA, largely a big ol’ Supra-fest. However, after the trophies were handed out there were a few highlights from the awards categories that defied convention. Like the teachers said in English class, you have to appreciate the classics. 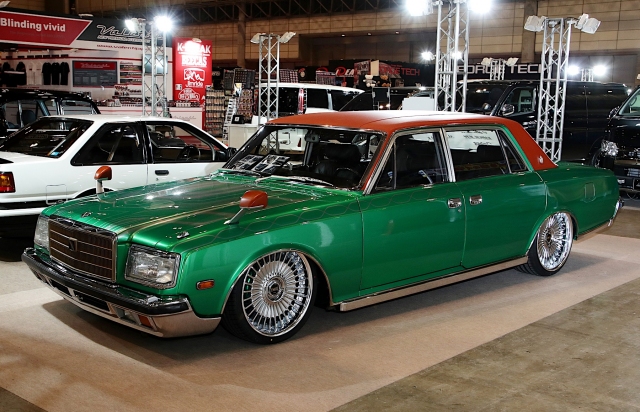 In the Concept Car class, one of three Excellence Awards went to the students at WiZ College. The automotive school in Fukushima Prefecture often churns out wildly bizarre cars for the Auto Salon, and the Toyota Century Strange Edition was right on brand. The theme was a farewell to the Heisei Era, in which lowriders were a popular imported trend in Japan and the Century was the top domestic car.

Starting with a 1990 version of Japan’s ultimate VIP sedan, the students conjured a wild kustom-style sled in a 12-stage metal flake green with gold pinstriping, a gold grille, and brown vinyl roof. Then they converted it to left-hand-drive (remember, the Century was never sold outside of Japan), changed the doors to open in suicide fashion, and set the whole thing on an air suspension. The result was stunning and creative, something that would look at home in both the Auto Salon and at a Mooneyes show in the States. 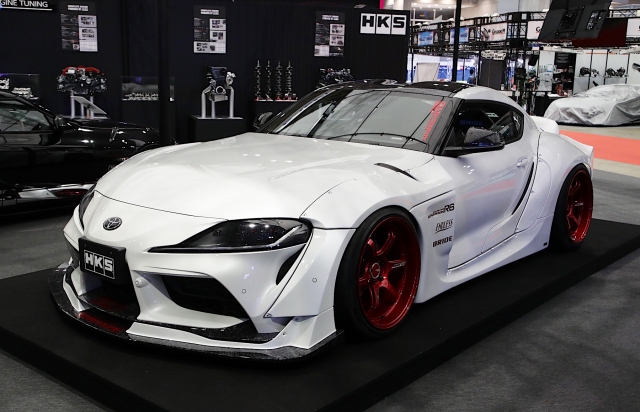 The Toyota GR Yaris won another Excellence Award, but the HKS A90 Supra Aero edged out both the Yaris and the Century for the top prize of the Concept Car category. What’s more, it took the Grand Prix of the 2020 Auto Salon, which is basically akin to Best of Show. 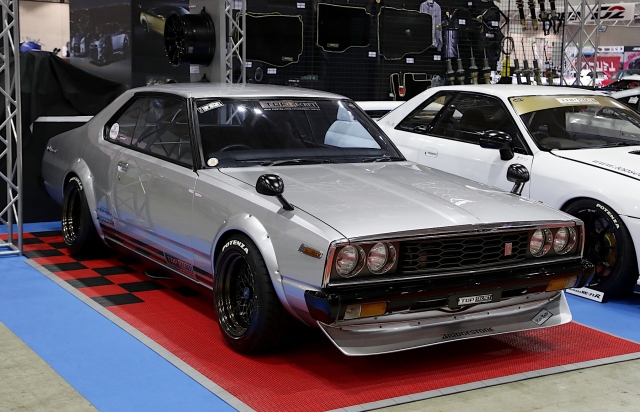 In the Tuning Car category, an Excellence Award was issued to a fifth-generation Skyline built by Smoky Nagata’s legendary shop Top Secret. The theme asked “what if” Nissan had built a GT-R version of the C210 Skyline. The name of the one-off build was named, appropriately, the Skyline Japan-R.

The exterior was kept fairly stock, adding just a chin spoiler, fender flares, and silver paint reminiscent of the Hakosuka and Kenmeri GT-R’s style. Glow Star wheels are a nod to Star Road, from whom Nagata-san purchased the C210 as a shell in 2019.

Under the sheetmetal is where the magic took place. The stock L20 motor was dumped for a 3.0-liter straight-six — an RB30-Kai — combining an RB26 head with an RB30 block from Australia. HKS forged pistons and con-rods, a high cam, individual throttle bodies, and custom headers are said to produce a responsive 280ps naturally aspirated. A 5-speed manual from an R32 GTS-t puts power to the rear wheels.

The interior is largely unchanged, with the C210’s trademark “horizontal zero” gauges remaining in tact. The front seats have been replaced with Bride reclining racing seats, and it even has functioning air-con. Overall, the goal of a stylish homage to classic Skylines producing modern power for street use appears too have been achieved. 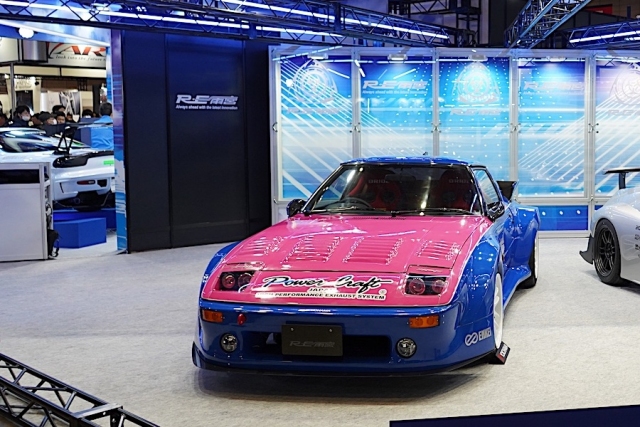 The winner of the Tuning Car class, however, was RE-Amemiya’s SA22C Mazda RX-7. Called the Street-7, the car was inspired by the IMSA RX-7s of the US. Displayed alongside a three-rotor Lotus Europa, the Mazda was eye-catching in an unapologetically 80s pink-and-blue “bullpin” colorway. Matched with the heavily louvered hood, fixed headlights, and aero mirors, it was a picture perfect hashiriya look, like something out of Tokyo Extreme Racer.

Beneath the hood lay a naturally aspirated side-port 13B with Weber 48 downdrafts. The engine makes a claimed 240ps. Giant flares hide some of the suspension work, and the wing and aero have been inspired by early IMSA racing rotaries. Like the Japan-R, the theme was not an all-out race car, but a modern street-able machine with updated mechanicals. Here, too, the air-con was kept in working order. 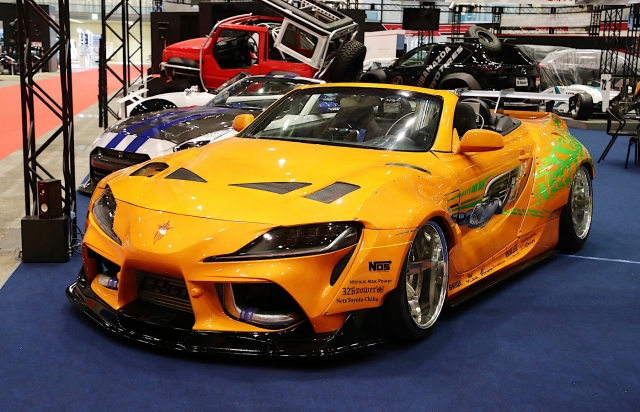 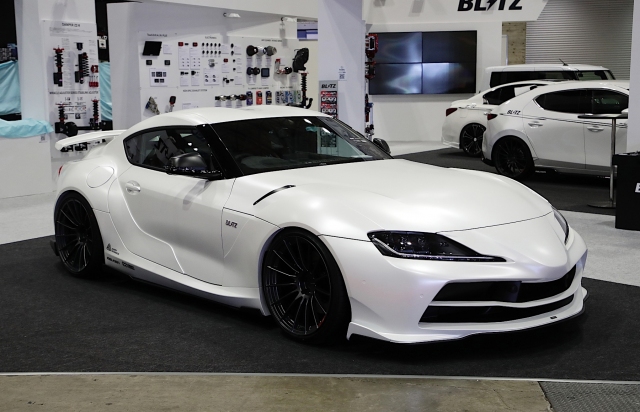 The Supra-heavy awards included an orange Fast & Furious tribute car built by the Nihon Automobile Technical College that’s actually a Lexus SC430. Varis’s gray Supreme 90 Supra was a runner up in the Dress-Up Car category, and displayed alongside an A80. Blitz’s take on a tuned A90 had the cleanest-looking aero kit in our opinion, one that was backed up by its overall win in the Dress-Up Car class. 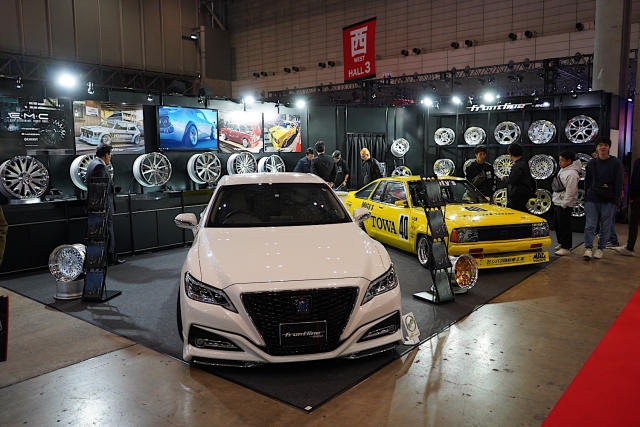 That rounds out the award winners, but there are a few other cars that are worth mentioning. The Towa B310 TS Cup Sunny made for a head-turning wheel model alongside a new Crown at the EMC Frontline wheels booth. 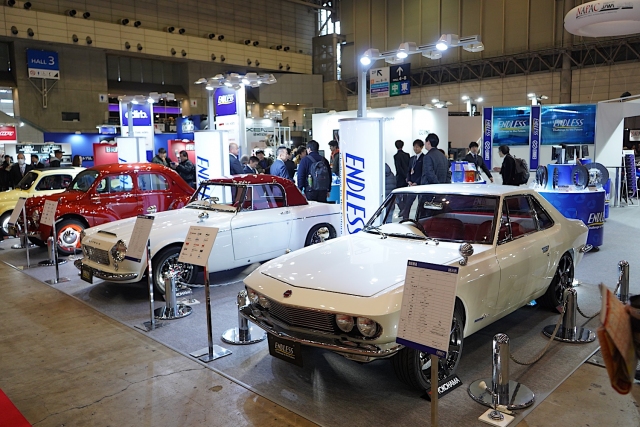 Endless continued its use of iconic Japanese classics to promote its lineup of kyusha brake upgrades. The lineup included a CSP311 Nissan Silvia, Datsun Fairlady Roadster, Hino-Renault 4CV, and a yellow Fiat 500, a reference to the premiere of the new Lupin the Third movie. 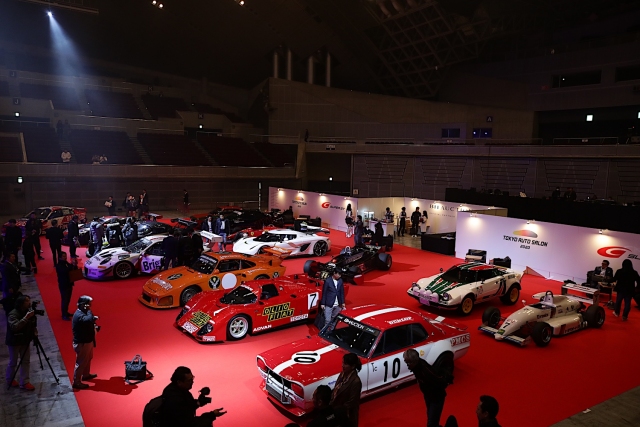 The Friday auction saw the trading of some legendary pieces of racing history, which we covered in great detail. So even as the new Supra’s chief engineer’s dream of creating a boon for tuners becomes a reality, it’s great to see Japan’s tuning history still holding strong among the flood of A90s. Below are some bonus images from the mezzanine. 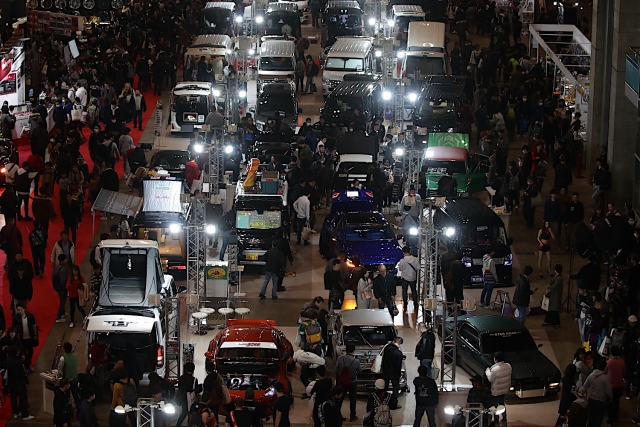 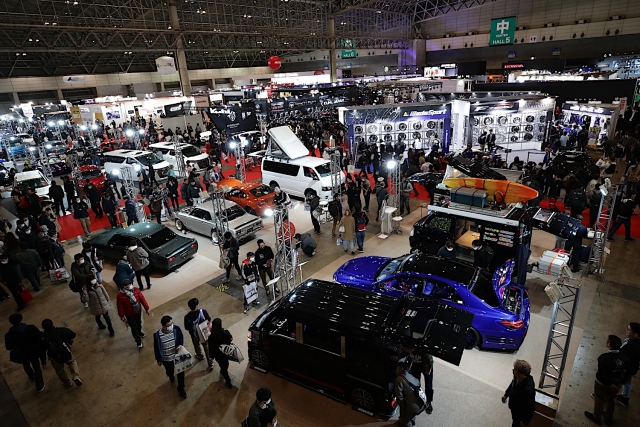 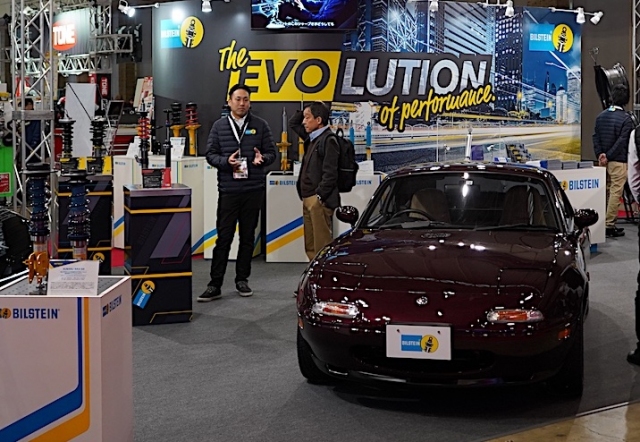 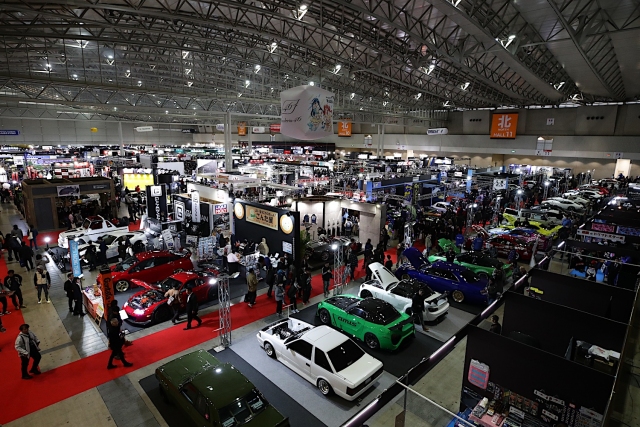 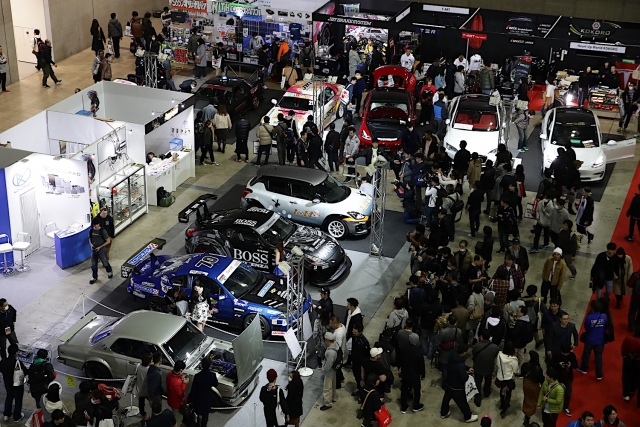