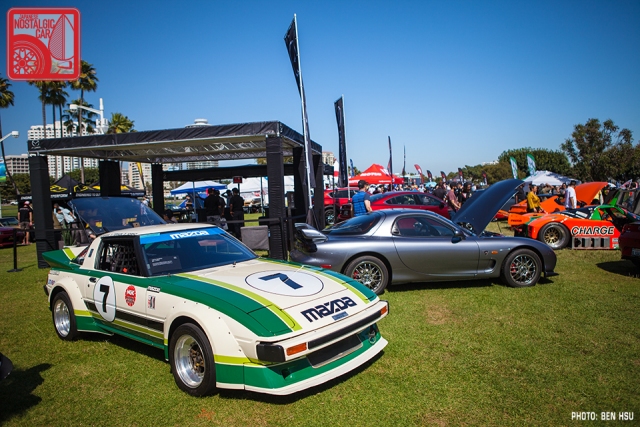 The Mazda booth is always a classy affair at JCCS, and this year they brought a who’s who of classics and late model cars from their North American collection. Right off the bat was one of the first Mazda RX-7s ever built — a replica of the Yoshimi Katayama, Yojiro Terada, and Takashi Yorino-driven GTU class-winning Mazda RX-7 from the 1979 24 Hours of Daytona — and a the only LHD FD3S Spirit R in existence. 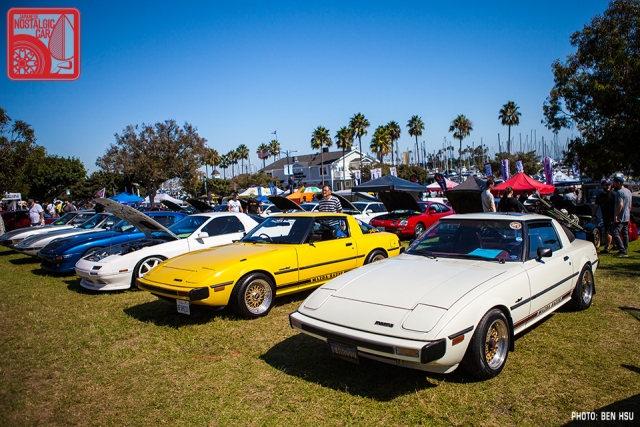 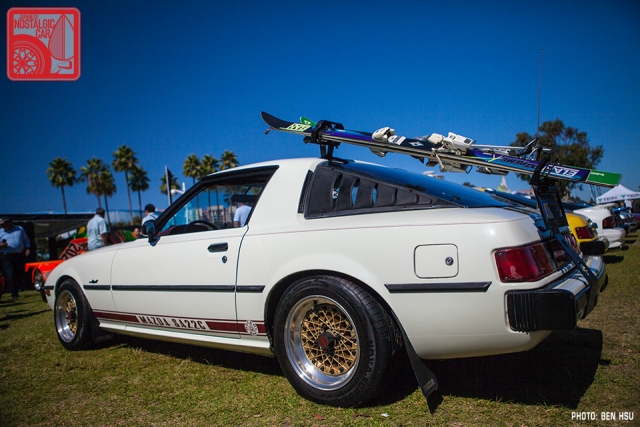 Nearby, a fleet of SA22 Mazda RX-7s turned out to fly the Hiroshima banner. JR Serna’s Epsilon-shod 1980 looked like the kind of car a Japanese Roger Moore would drive, complete with louvers and ski rack. 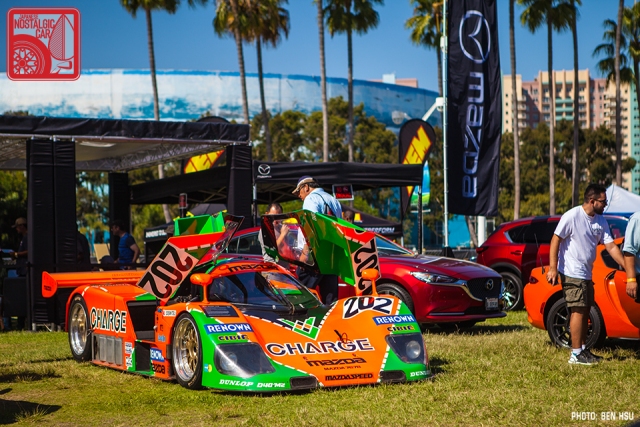 It wouldn’t be a proper Mazda motorsports display without some retina-searing orange and green livery, and they did not disappoint with a restored 767B. 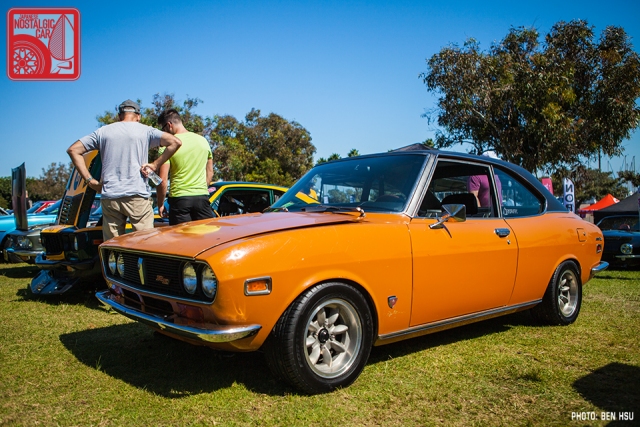 Budoy Andrada’s 1972 Mazda RX-2 still was an amazing survivor, with original paint and unrestored interior. The black vinyl roof, a popular dealer option, had been reskinned. 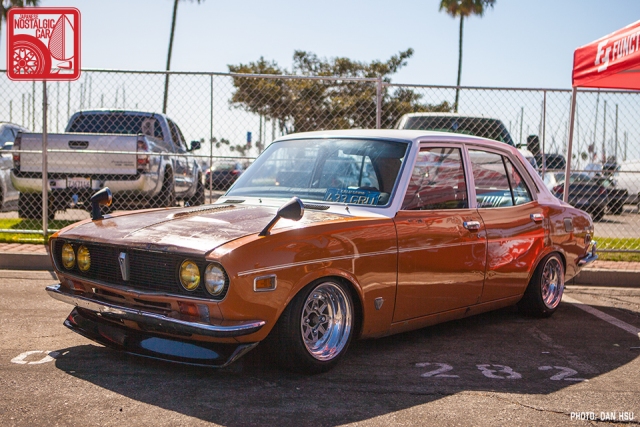 It’s sedan counterpart also made an appearance, except with a white top and sporting a serious slam on SSR MkIIIs. 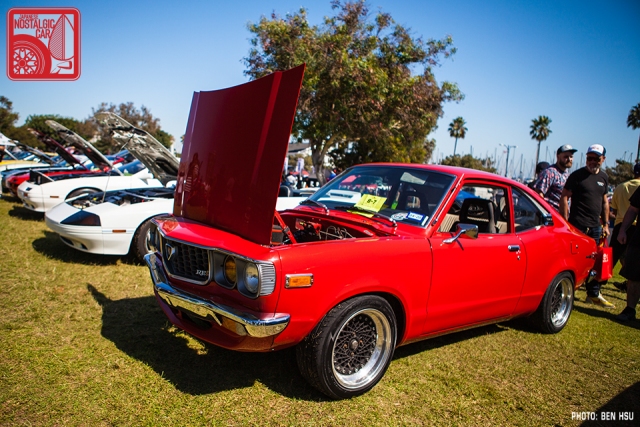 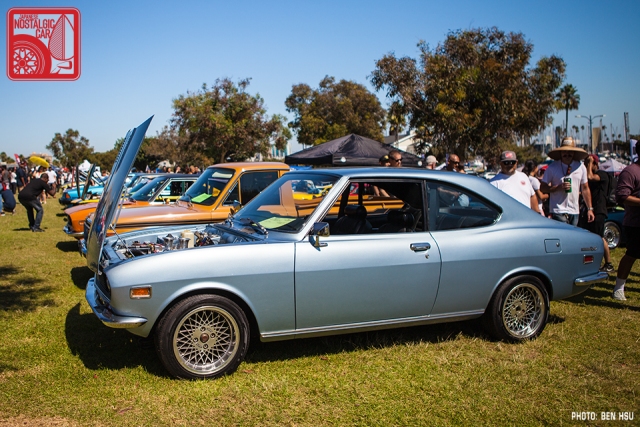 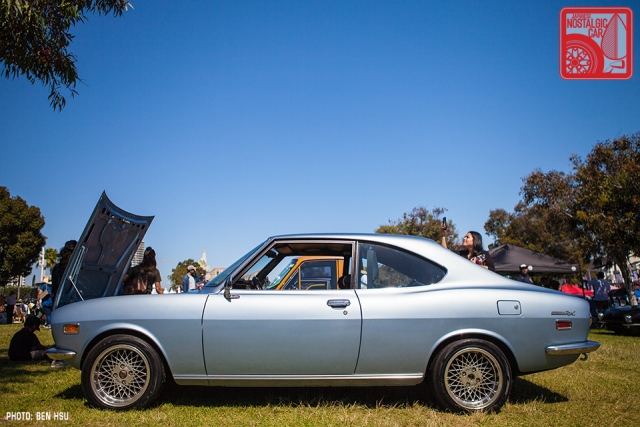 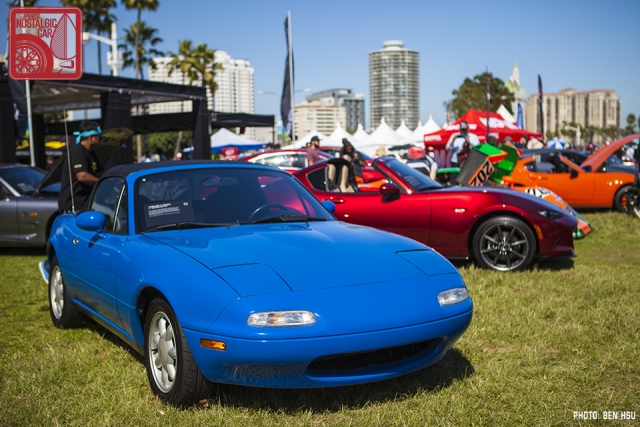 Flanking the 767B was a standard RF in Soul Red Crystal and one of the original three NA Miatas displayed at the Chicago Auto Show, the Mariner Blue serial number 00014, rounded out the official display. 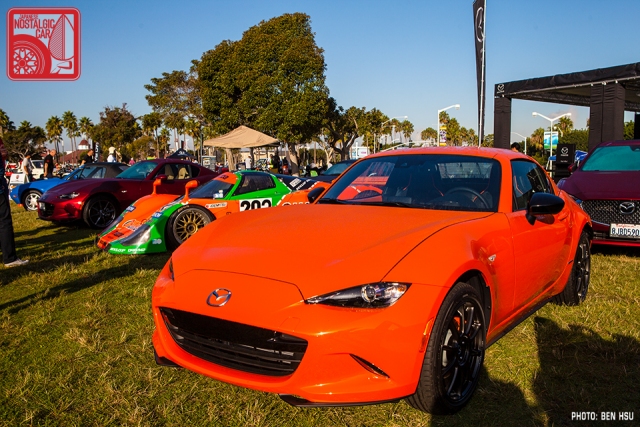 On the other side, and perhaps just as destructive on your eyeballs was a 30th Anniversary edition Mazda MX-5 Miata RF. Finished in an exclusive to the edition Racing Orange, the car famously sold out four hours after its debut at the Chicago Auto Show this year. It was great to see both of Mazda’s most beloved sports car lineages honored officially, though there will be more Mazdas to come in a future installment.