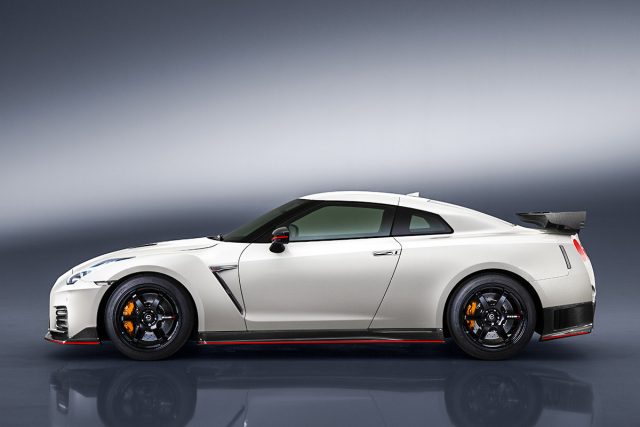 In a nod to Godzillas past, Nissan took to the Nürburgring today to debut the 2017 GT-R NISMO. It was only appropriate, since the famed German circuit was the site where its predecessor, the R33 Skyline GT-R, broke the production car record and brought the company worldwide notoriety in the 1990s. 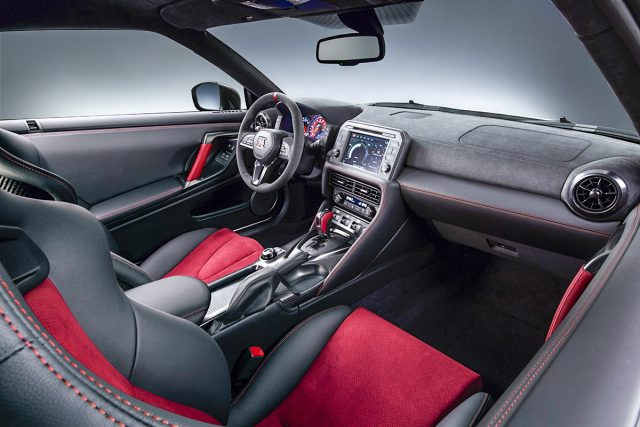 When it debuted in 2008 the R35 Nissan GT-R was a revolution, and ever since it has continued on a path of constant evolution. In almost every model year since its launch, Nissan has been ratcheting up the GT-R’s performance, so what started as an already potent 480-horsepower supercar slayer has evolved into the infernal 565-horse dispatcher of souls that we saw in New York. Perhaps it’s not surprising, then, that the facelifted and upgraded 2017 GT-R would soon find an even hotter NISMO version right behind it. 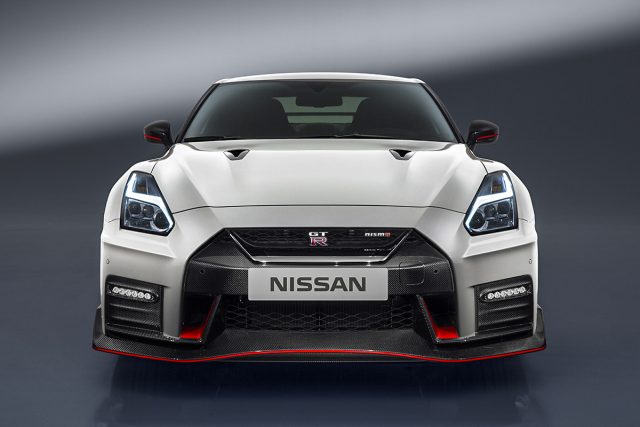 Like the 2017 GT-R, the new NISMO variant updates the front end with Nissan’s V-motion grille. It doesn’t adopt the standard 2017 GT-R’s air intake openings, though, which brought it more closely in line, design-wise, with the R32 through R34 GT-Rs of old, and even made a callback to the GT-R Proto Concept. 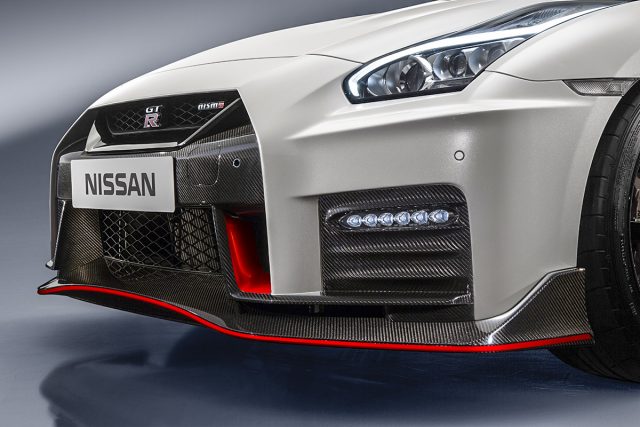 Its front bumper, however, is comprised of overlapping sheets of carbon fiber for stiffness and air-deflecting canards that generate “more downforce than any other Nissan production car to date, resulting in exceptional high-speed stability.”

Nissan didn’t give the 2017 GT-R NISMO any increase in horsepower, which is kept at an even 600. They did, however, improve the body stiffness, which, combined with the NISMO’s already enhanced suspension, improve cornering by a claimed two whole percent (see, we told you the improvements were evolutionary).

Perhaps the biggest change comes to the interior, which has been redesigned with the goal of a more upscale feel. The center stack has been revamped, reducing the number of buttons and switches from 27 to 11. In the process, the information touch-screen display increases to eight inches. A new dial-like interface in the center console ensures you never have to actually touch the touch-screen, though, which can be quite handy during full-g cornering.

Visually, the GT-R NISMO cabins are distinguishable by their red-suede-and-leather-covered Recaros. Outside, it will come in four colors. Nissan didn’t specify which, but if we had to guess we’d say black, red, silver and, of course, white.

For heritage’s sake, however, we’d take the “regular” 2017 GT-R, but clearly the GT-R NISMO is the ultimate track-focused weapon. Still, many of the key players in the R35’s development wax nostalgic when they talk about their first encounters with Godzilla.

For Chief Product Specialist and NISMO head Hiroshi Tamura, it was witnessing the Hakosuka works GT-Rs racing when he was 10 years old. For Vice President of Product Planning Keno Kato, it was the sound and fury when he first got behind the wheel of an R32.

That’s how influential the GT-R has been to Japan’s petrolhead culture. The legend stretches back nearly half a century now, and those who were touched by its power are now building its history for the next chapter. All hail Godzilla.