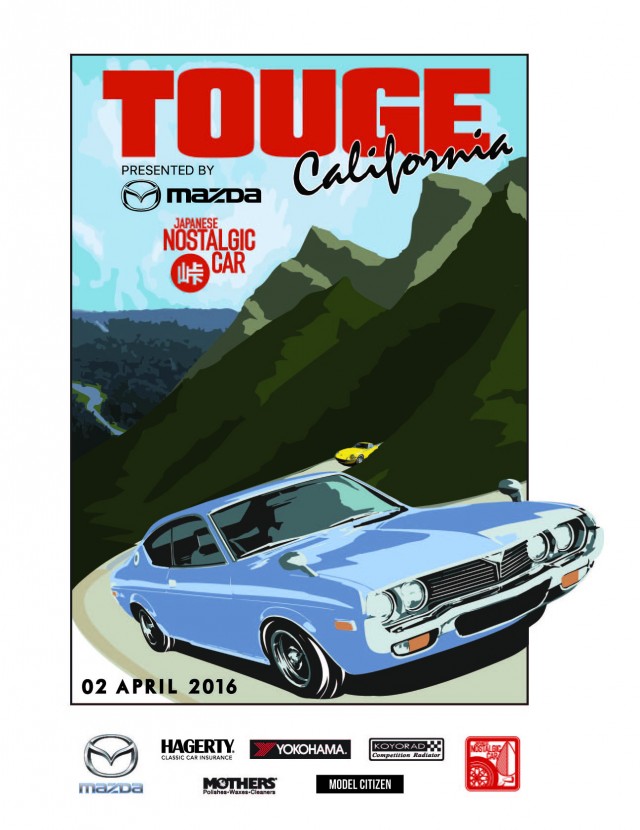 For 2016, the official poster for the JNC Touge California features two landmark cars that will run the 200-mile vintage car rally this weekend.

To honor title sponsor Mazda, we are highlighting a rare 1974 Mazda RX-4 Hardtop Coupé. A similar car will be driven this Saturday by Armando Licon and navigator Chris Green. Also depicted on the poster is a yellow 1972 Datsun 240Z with a G-nose. This is similar to the very car once owned by Yutaka “Mr K” Katayama, which will also drive this weekend with Kenny Ueda and navigator Jose Dominguez at the helm.

Participants will receive this 18 x 24-inch poster in the gift bag. After the event, posters will be available in the JNC Shop.