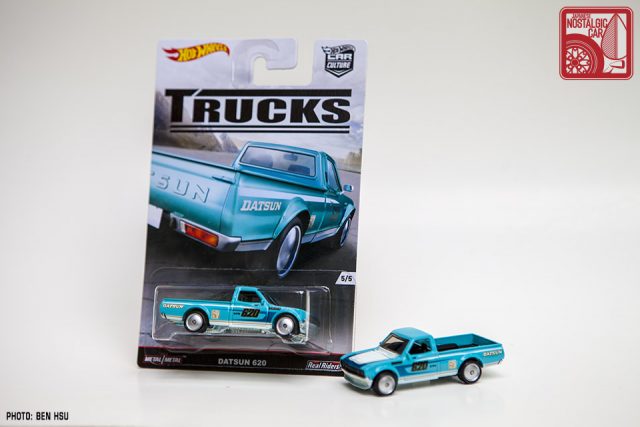 Today is 6/20. And as it happens we received the latest pre-production Hot Wheels samples at the doorstep of JNC HQ, and it’s is none other than the Datsun 620. 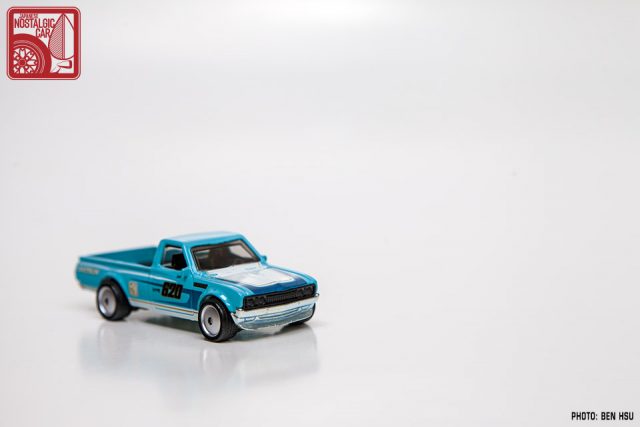 This is the latest in the Car Culture premium series, which focuses on trucks. With this being a premium, it comes with “real rider’ rubber tires and a metal base — a first for this casting. 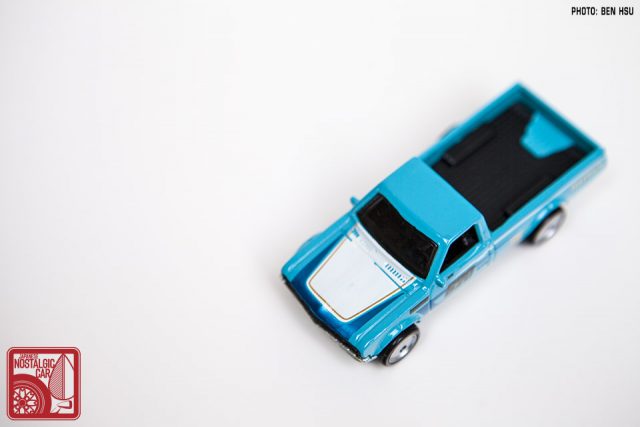 If that wasn’t enough, what really surprised us was the use of metallic tampos and very finely detailed gold striping. The metallic blue is beautifully subtle against a solid turquoise is quite striking. 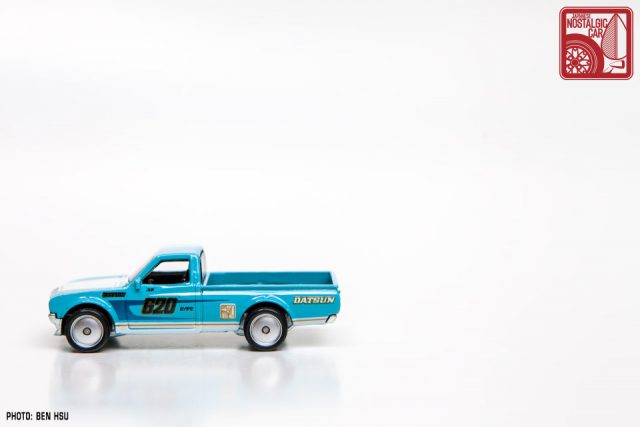 Scalloped graphics, a slanted “620” and class lettering on the door signify this truck as a salt flat racer. To drive the point home, it’s equipped with Moon disc wheels. It actually complements the Heritage series Datsun 240Z. 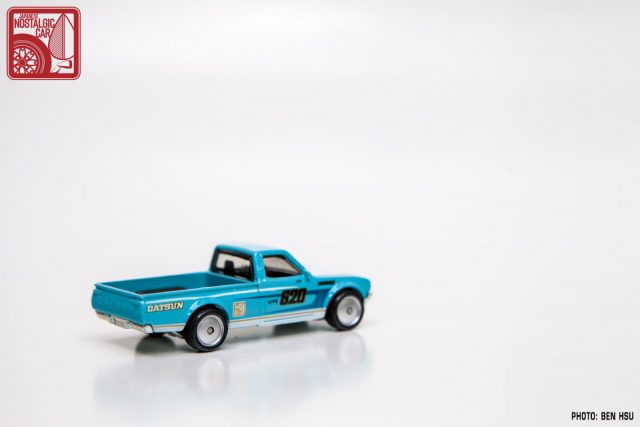 We are again honored that the JNC inkan graces the flanks of the 620, this time in gold. A stylized “Datsun” logo outlined in gold appears on the bed, rounding out a gorgeous livery. 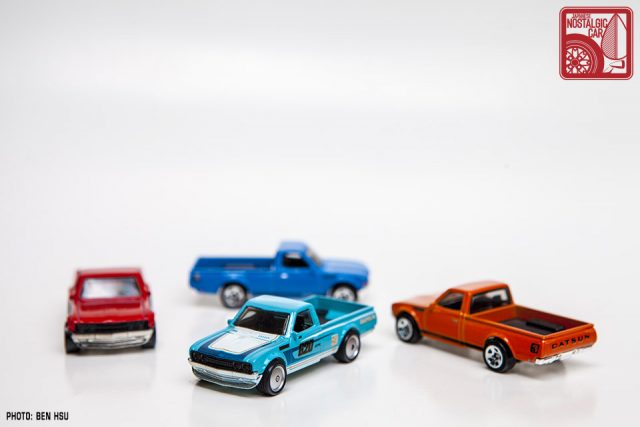 This marks the fourth Datsun 620 to feature the JNC inkan, starting with the original release orange, K-Day blue, and regular issue recolor in red. 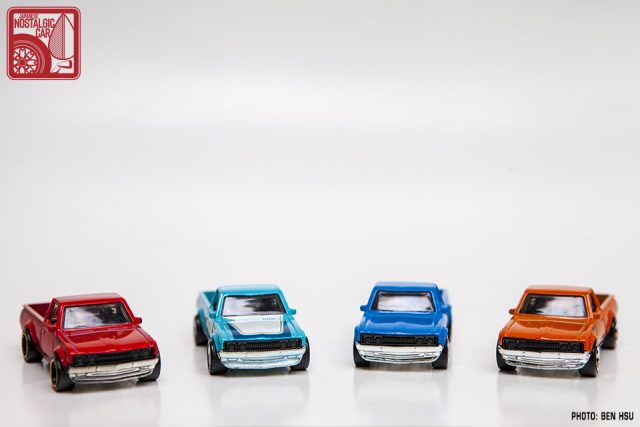 For a complete list of JNC inkan’d Hot Wheels, see the list below. Happy 620 Day from JNC!