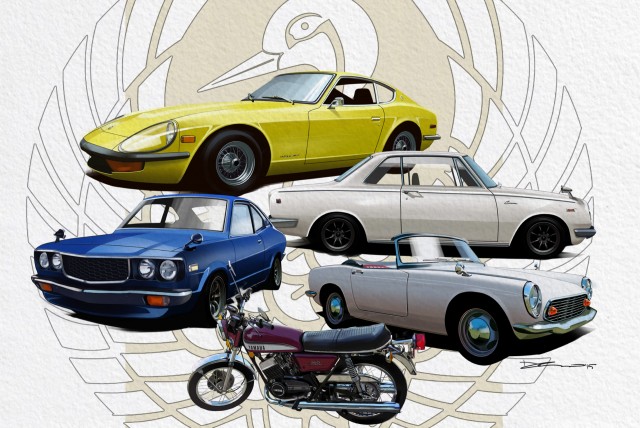 The 2015 Japanese Classic Car Show will be held this Saturday, September 19, at the Queen Mary in Long Beach, California. The premiere show for vintage autos from Japan is back, and this year it promises to be bigger and better than ever.

For one, Nissan is coming aboard as an official sponsor this year, in addition to Toyota, Mazda and Honda. Next, there will be a special display honoring the 50th Anniversary of the Toyota Sports 800, Toyota’s first sports car. Enkei will be raffling off a set of Apache IIs for charity. There will be the usual display of Japanese classic motorcycles as well, and most importantly, there will tons of nostalgic Nihon steel! We will have more previews of the festivities as the week goes on, so stay tuned.

For those who have registered a car, please note there is a new entrance this year. The JCCS opens from 9am to 3pm. Admission is $12.00. See you there!