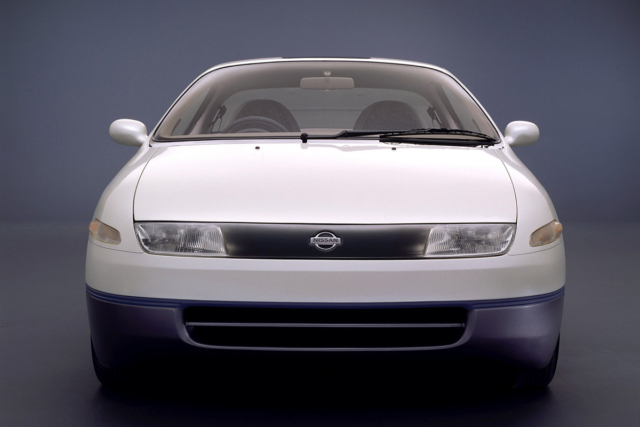 Every Earth Day we at JNC highlight a car engineered with conservation in mind. This year, we go back to the 1991 Tokyo Motor Show, when Nissan unveiled their first “modern” electric vehicle. Whereas previous EVs had been tiny city cars with very limited range, the Nissan FEV (for Future Electric Vehicle) was the first to boast usable highway range, and a fast-charging system. Though it’s over 30 years old, its specs would not disqualify it even in today’s cutting edge EV market. 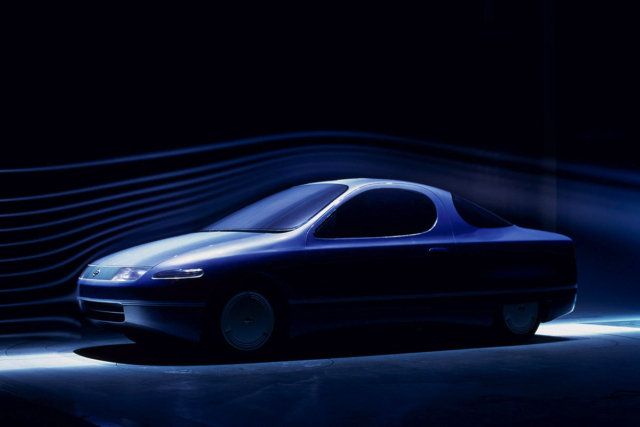 The FEV was a stylish, streamlined coupe that didn’t look like the typical golf cart-esque EV. Some styling cues were borrowed from production Nissans, like the aerodynamic headlights of the Z32 Fairlady Z. With the help of wind tunnel development, it achieved an extremely low drag coefficient of 0.19 Cd. 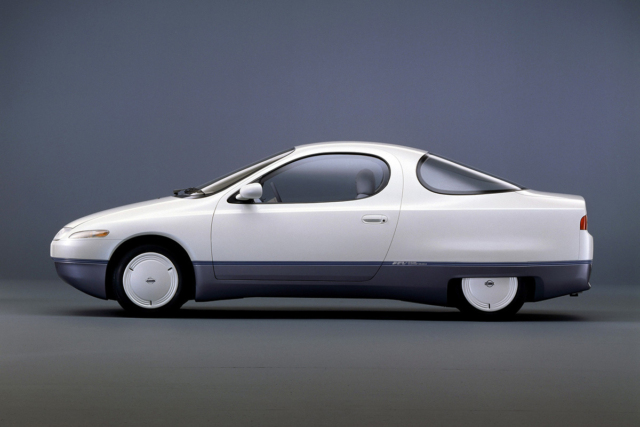 An accompanying brochure from the Motor Show stated that Nissan’s goal was “To make an EV that can be used normally in everyday life.” It claimed the FEV had a cruising range of 250km (155 miles), which, if accurate, would be on par with a new Nissan Leaf.  The brochure said that it would be enough to get from Tokyo to Hakone, a popular mountain destination for vacationers and touge drivers alike. 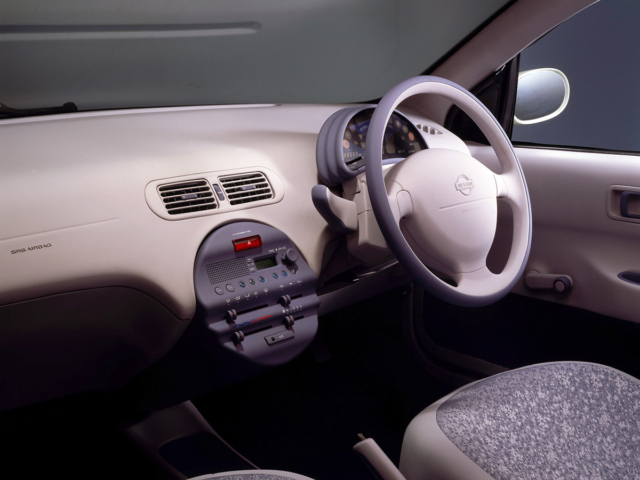 Not only that, but Nissan said the FEV had a respectable top speed of 130 kph (81 mph). The only area where modern EVs would leave it in the dust was acceleration. Nissan said took 20 seconds to get from 0-100 kph (62 mph).

Power came from a nickel-cadmium battery pack mated to a new high-induction compact electric motor and a regenerative braking system. The breakthrough technology was the SQC, or Super Quick Charge, that could fill 40 percent of the battery capacity in just 6 minutes on a 200V plug. Regular charging from a standard Japanese 100V wall outlet would take 8 hours to fully juice the battery.

To conserve as much battery life as possible, the FEV had a solar panel on the roof to power the audio system and climate controls. Since it had no engine, a heat-pump style air conditioner regulated temperature. In order to reduce weight, aluminum was used throughout. Low rolling resistance tires were custom-made for the concept.

Perhaps what was most surprising about the FEV was how closely it resembled a compact coupe of the era. Up front were two bucket seats in a spacious cabin looking out through a wide, UV-blocking, water-beading windshield. The rear seats were more cramped, but not any less roomy than that of an S13. 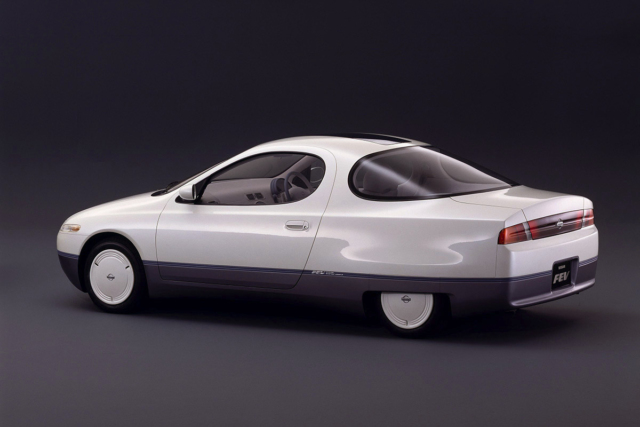 Overall the FEV was a stylish, usable EV. Or, at least it would have been if it was produced. Sadly it never was, but if Nissan decided to make it today it would look great and serve as a novel, class-defining EV at a time when every automaker wants to dive into the electrification pool with a crossover.