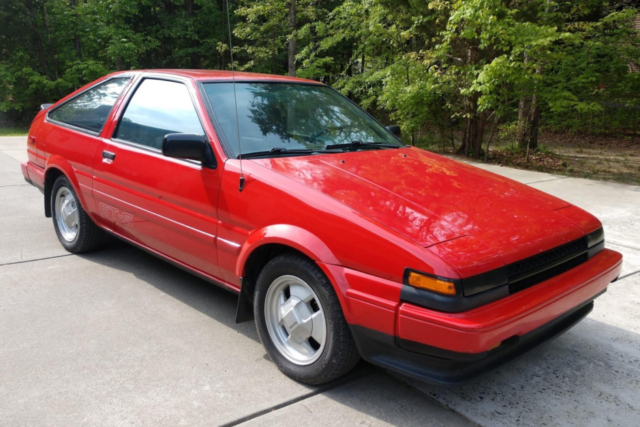 There are times when a car is found in a state that is neither creampuff nor derelict. It does not beg to be preserved, adding mileage to its already six-figure odometer doesn’t feel like abuse, and parking lot door dings and scratches are of less concern as sections have already been repainted. Examples as such usually go for half the price of their low-mileage, all original, pristine counterparts. In the case of this 1985 Corolla GT-S, however, it set the record at $40,000. 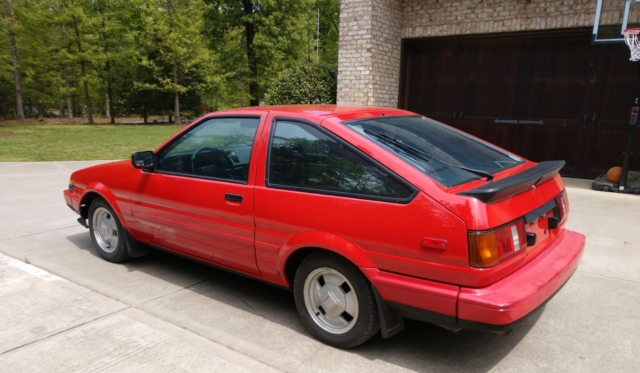 The price is the highest price sold at auction for an AE86 in the U.S. It was less than two years ago when a nearly pristine 1986 model sold for just $24,500 and with 93,000 miles (as opposed to this car’s 114,000). In fact, that car was so nice, we at JNC helped bring it to the New York Auto Show to celebrate Toyota’s official 50th birthday party for the Corolla. If that car was for sale today, it would probably fetch $50,000. 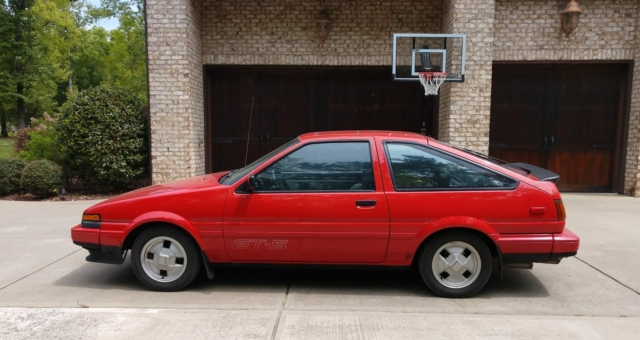 Nevertheless, as a progenitor of the underground drifting scene, star of its own beloved manga and anime series, and a car that was butchered en masse when the drifting storm hit the U.S., we think there is still room for the AE86 to move upward.

This particular US-spec AE86 began its story in North Carolina, where it was delivered as a red over grey and black interior. It then spent time in New York and Florida, before being brought back to North Carolina. In its journey up and down the east coast, the fenders, hood, and doors are said to have been repainted.

As evidence of a well-used but not abused life, the car is riddled with cracked paint and rust spots. The lower rocker panels also show bends and more rust.

The cabin has been reupholstered but is complete, including the lumbar support with squeeze ball pump and even a factory-appropriate Fujitsu Ten stereo and cassette player combo. Aftermarket power windows were installed at some point, but have since been removed and replaced with manual ones.

The engine compartment is begging for a steam clean, but there are no modification in sight. The cargo compartment houses a full-size spare tire and, more importantly, its easily damaged particle board cover. The seller noted that the engine ticks when cold, a sign the lifters could use some attention.

The car is equipped with the desirable factory LSD, which has been, along with the rest of the undercarriage, subjected to corrosion. The good news is rust has not eaten away at the surfaces yet, and it can be saved. For their part, the new owner posted that the commendable goal is to restore to factory fresh condition.

The car comes with its factory literature, window sticker, and North Carolina dealer delivery paperwork. The Carfax shows that no accidents have been reported, but that it was stolen and recovered in 1994. Now, if only the price were a steal today.

permalink.
This post is filed under: marketwatch and
tagged: ae86, corolla, toyota.