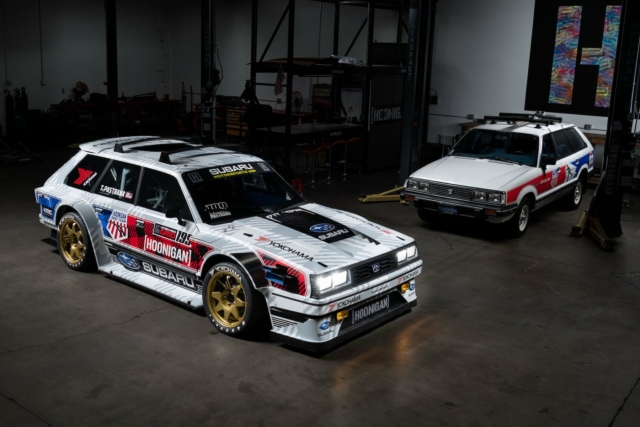 Subaru has revealed Travis Pastrana’s next steed for the Gymkhana video series, and it’s a good one. The long-time Subie collaborator is going full retro with a 1983 Subaru GL Wagon that’s got, perhaps, a few modifications under the skin. For comparison, a factory stock 4WD wagon with US Ski Team paint scheme was helpfully provided.

Official images were shared on social media, but there’s not much info about the car yet. Originally some thought it was going to be a BRAT, as Pastrana did recently acquire one and was seen jumping it on a frozen lake in Vermont.

However, we can probably safely assume that there’s a modern turbocharged Subaru boxer and drivetrain underpinning the car, necessitating the significant width increase. Going along with that are fender flares to cover the wider track, a custom hood, and custom air dam. 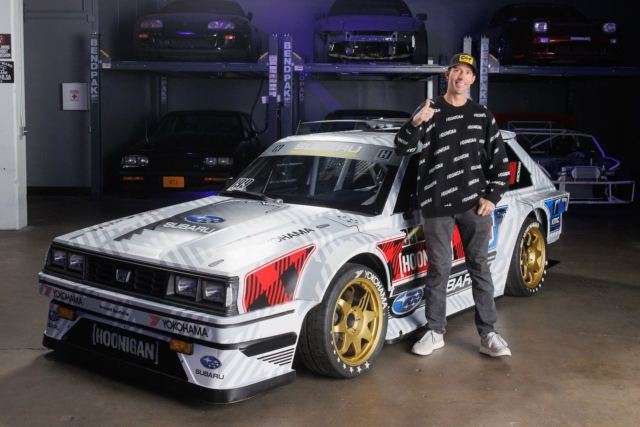 The Gymkhana video series of vehicular stunts began over a decade ago with rally driver Ken Block behind the wheel of Subaru WRX STi cars of the era. When Block became an official Ford driver his Gymkhana cars switched to Focus and Fiesta ST hatchbacks. Included in the mix were heavily modified classics like a MkII Ford Escort, first-gen Mustang, and a 1970s F-series pickup.

Block, now with Audi, passed the Gymkhana torch to his friend Pastrana and thus back to Subaru in 2020. It looks like they’re continuing the tradition of digging into the sponsor’s past for some car ideas. Pastrana likely has many more years of videos to make, which can only mean that there will eventually be a Subaru 360 smoking their tires up on some unsuspecting pavement.

permalink.
This post is filed under: motorsport and
tagged: leone, subaru, Travis Pastrana.