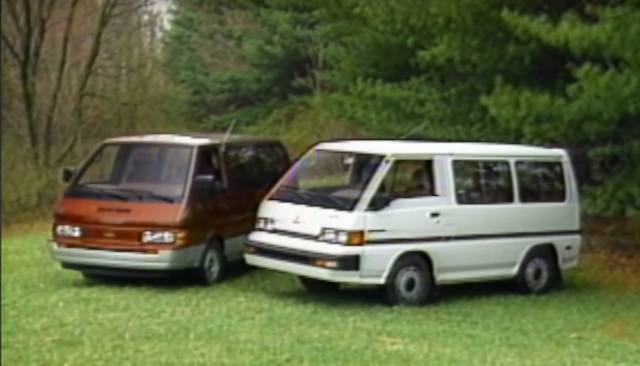 The sheer variety of Japan’s one-box vans are as mind-melting as their ubiquity. There are so many trims, options, and configurations that we could launch a sister site, JNV, to cover them all. Luckily, during the brief moment that they were available in the US, English-language reviewers were able to assess the American-spec versions back to back.

In 1987, Motorweek filmed a comparison between the Nissan Van and the Mitsubishi Wagon, both arriving on US shores after the Toyota Van and hoping to take a slice of Chrysler’s minivan pie. 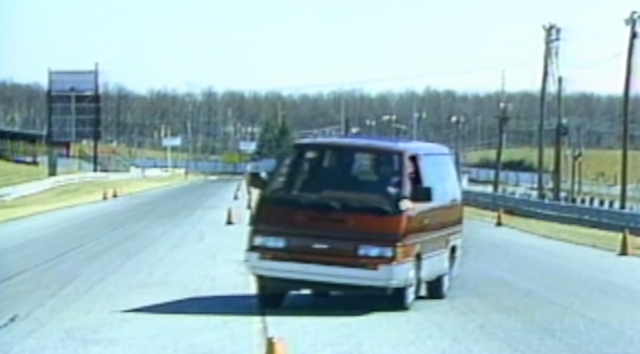 Inside, the Nissan had a trick armrest with more folding configurations than a Go-Bot. Like its Toyota rival, an optional ice box, dual sunroof, or second-row captain’s chairs could be ordered. The chairs could be folded nearly flat, or swiveled 180 degrees go form a neat little clubhouse hang.

As most know, Nissan fitted a larger Z24 engine into these vans for the US market, but even so the 3,700-pound van was still painfully slow. Also, the increased engine size and heat generated had a tendency to start fires in the engine bay (i.e., right under the driver’s ass). After a lot of legal troubles, Nissan took the unprecedented step of buying back every single van it had sold. Some owners denied the offer, which means you will occasionally still see these things roaming around. 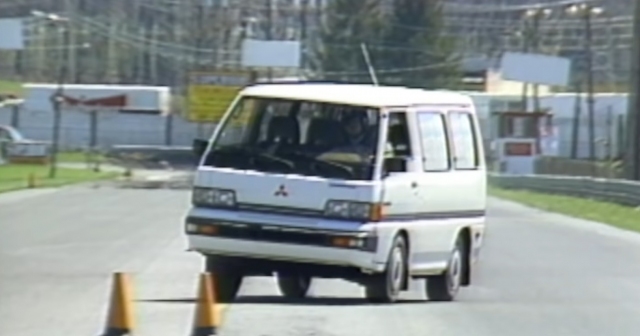 The Mitsubishi Wagon was also powered by a 2.4-liter engine. The 4G64’s numbers, 107 horsepower and 132 lb-ft of torque, were nearly identical to the Nissan’s. However, thanks in part to a 300-pound lighter curb weight, the Mitsu could sprint from 0-60 in just 13.0 seconds, a Usain Bolt-like time in comparison. The Mitsubishi was a bit more expensive, ringing in at $12,999 for the base, and $14,289 for thee LS trim. However, it was available with an automatic only.

Though these vans appear very similar at a glance, there are numerous details that differentiate them. Unlike the Nissan or Toyota, the Mitsubishi’s engine is accessed under passenger seat. Even in top GXE trim, the Nissan’s seats looked to be not much thicker than a piece of bubble wrap, but the Toyota LE and Mitsubishi LS offered plush velour loungers. The Nissan was the only one that had a rear window opening independently of the hatch, like a Honda CR-V’s. However, the Mitsubishi was the only one with a rear bench that folded forward.

Both Nissan and Mitsubishi had an EPA rating of 18 mpg city, 21 highway, but in real world testing Motorweek managed only 18 mpg combined in the Nissan, while squeezing 22 mpg out of the Mitsubishi.

By these metrics, it would seem that the Mitsu is the superior van, but Motorwek concluded that it would rather have the Nissan. Of course, that was before they knew it would catch on fire.

4 Responses to VIDEO: Battle of the Japanese one-box vans