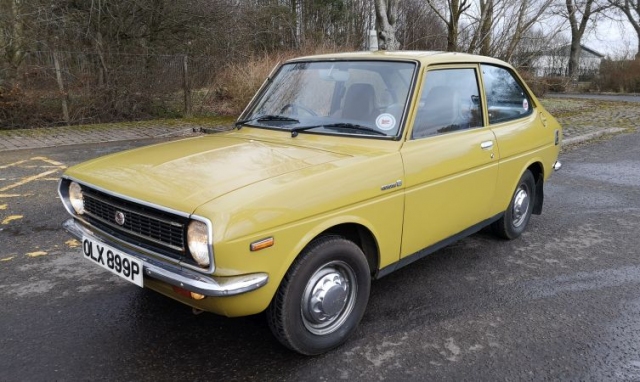 Stories of rare car restorations are always heartwarming, but it is especially so when the labor of love is a father-daughter project. Throw in the fact that the daughter was just 12 years old when they began the restoration, and you get a truly noteworthy tale. The journey of Gemma Wade and her 1976 Toyota 1000 was so impressive, Toyota UK featured it on their official website. 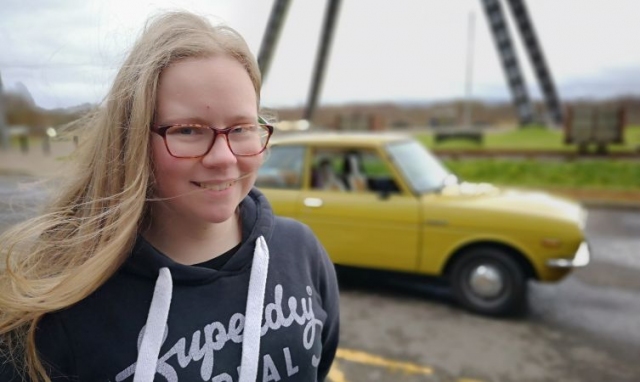 Gemma Wade of Ayrshire, Scotland began working on a rare, 1976 Toyota 1000 (also known as the Publica back in Japan, with the chassis code KP30) around the same time she started secondary (middle) school. “I’d actually known from the age of seven or eight that this was going to be my car. Although I didn’t get to choose it, as soon as I saw the 1000 was a wee, boxy thing I loved it,” she told Toyota UK. “We used to joke that when I eventually took over the project it would soon be filled with unicorns and pink, fluffy cushions. Fortunately, I’m really glad we decided to keep it all-original.” 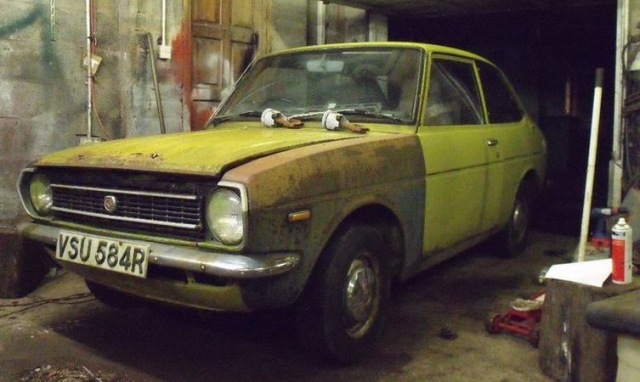 Gemma, her mother, and her father Harvey, are active members of the Toyota Enthusiasts’ Club of the UK. At the time her father brought the 1000 home, back in 2002, it had been mildly rear ended. Gemma was a bit too young to work on it then, so it sat for several years in Scotland’s damp climate. A few animals found a new home in it as well. 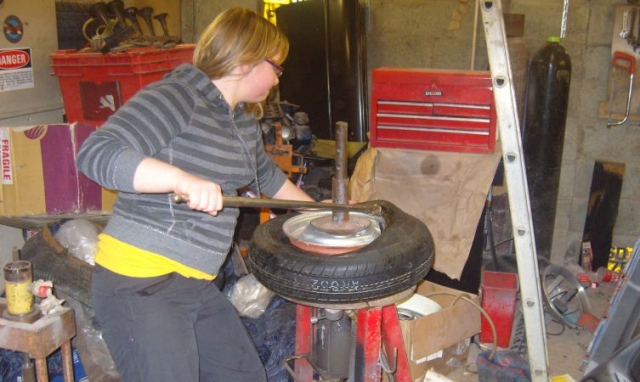 During the restoration process, which went on through her secondary school years, Gemma says that she learned how to disassemble and reassemble much of the car, including its 1.0-liter K-series engine. “Towards the end of the project I even learned how to change tyres by hand,” she explains, adding “The old-fashioned way by levering them on and off with a long bar.” 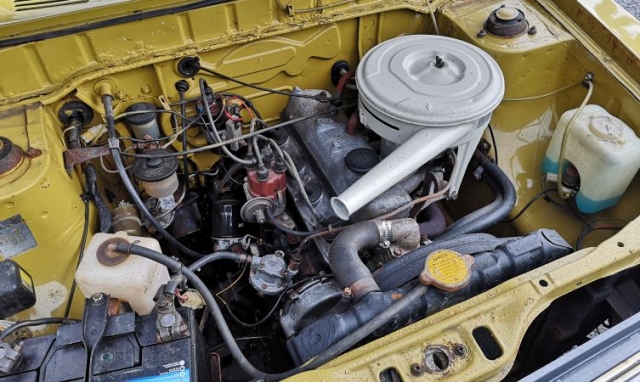 Of course, it wasn’t always easy. “Nobody has any spare parts for this model. Sometimes we’ve found stuff on eBay and sometimes parts have gone for crazy money,” Gemma revealed, echoing a hardship Toyota restorers know far too well. Fortunately, Harvey had hoarded a few of them, so they were able to get parts off of the other cars.

So what’s it like to drive a 43-year-old car today? Gemma describes it perfectly: “It’s completely different to that of a modern car – you feel like you’re really driving and paying attention rather than being driven. You can head on out to nowhere in particular and it has this ability to make you forget about everything else.” 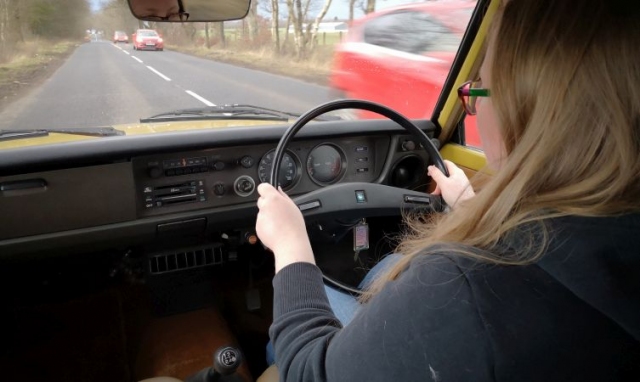 On the road, the 1000 causes quite a bit of confusion too. According to Toyota UK, there are only ten examples left registered in the entire country. “I always catch people smiling at my 1000 on the road. And then they see that a young girl is driving it and this look of shock comes over their face like they can’t quite compute that the two can go together. I think that’s really fun to watch,” Gemma explains. “It’s also great fun at shows when I hear people say with absolute conviction that this is not a Toyota. They’re sure it’s a Datsun or a Honda, and I just say: ‘No, it’s definitely a Toyota. Look, there’s the badge!'”

Gemma also describes one of the most rewarding aspects of driving a classic car, sharing the experience with others. Last year at a car show, this happened: “There was this one man who came over to talk to me because his parents had had one and he could remember being sat in the back on long journeys. So he asked if he could climb in and sit back there again. Quite unexpectedly, the experience made him very emotional. In particular he said the smell of the car was exactly as he remembered.” 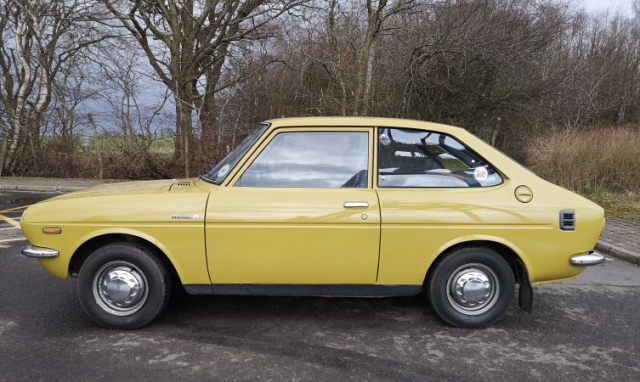 Gemma is now 24 years old, meaning that this little Toyota 1000 has been with her for half her life. It seems like it will continue to be a trusty companion, too. “I’m still in love with my 1000, so there’s no way I will sell her,” Gemma reassured readers with.

Toyota UK will also be happy to know she has a newer, first-generation Toyota Yaris T-Sport as a daily, in gold, to match the mustard 1000. “I’ll only ever drive a Toyota,” she told them. “I’ve experienced other cars, of course, but Toyota engineers them just right. I think they drive really nicely.” 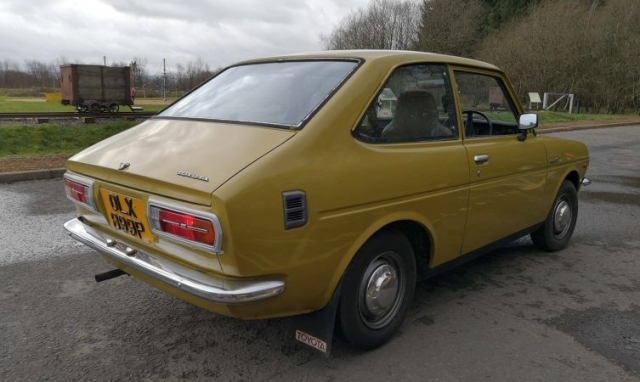 When asked if she had any advice for others, she replied, “Tackling a restoration on a Japanese classic is not like restoring a British or American car. It’s not easy to find original parts and reproduction parts don’t exist either. But if you’re willing to try hard and can find someone with the skills to help, it’s definitely worth it in the end. There’s no experience like it.” It’s a really inspiring story that excites us about spending some time in our own garages. You can see more at Toyota UK.

permalink.
This post is filed under: profiles and
tagged: p30, publica, toyota.