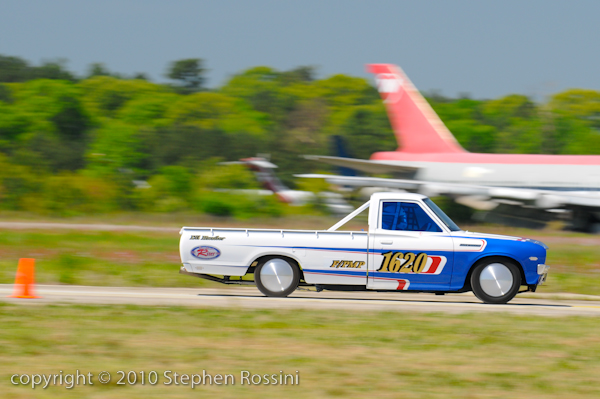 Guest blogger Stephen Rossini is a photographer and Datsun enthusiast from New York who has been following Bonneville hopeful Barry Brown and his Datsun 620.

Barry Brown and co-driver Jeff Benson of Riter Automotive, Rochester, New York made their first leg to get to Bonneville. Their prepared 1976 Datsun 620 truck was entered this weekend in the ECTA speed trials at Maxton, North Carolina. This being a new venue for both drivers and a new untested truck, both drivers were able to be signed off and Jeff was able to break the current record in F/PMP class with a 123 MPH run breaking the record previously held at 119MPH. Riter Automotive will now prepare the truck to run at Bonneville in the fall.