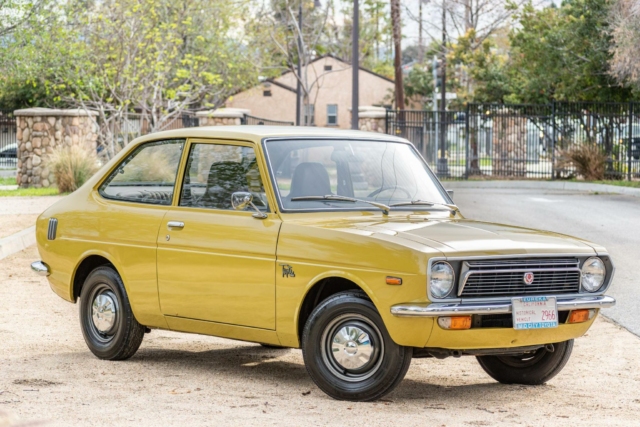 The Toyota KP30 Publica is a rare bird, even in its native Japan. For export markets, it was known simply as the Toyota 1000. Constructed on a down-sized Corolla platform, it served as Toyota’s entry-level runabout in many nations where average cars were significantly smaller than the American land yachts of 1970s. Its as simple as it gets, and that’s a big part of the vehicle’s charm. 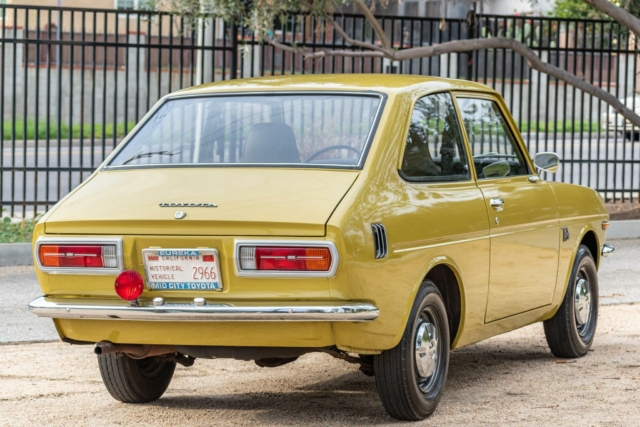 Originally sold in South Africa, the car was moved to Belgium where it laid abandoned at a port for 30 years, waiting for its owner to return. After 30 years, Belgium allows unclaimed property to be purchased and that is when the seller used an import broker to bring the car stateside. 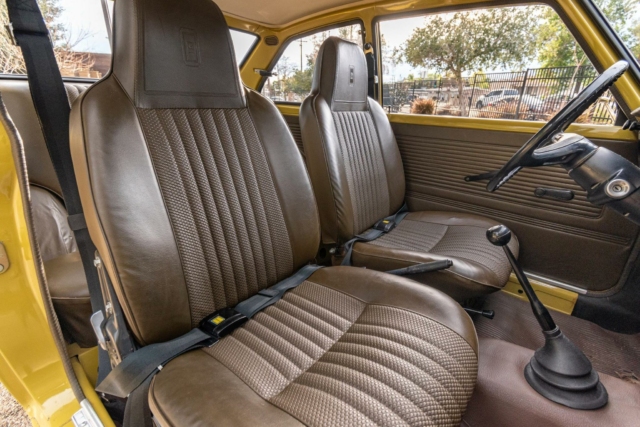 Its only embellishments include ostentatious displays of luxury such as a European rear foglight, fire extinguisher, and dual side mirrors, and even those may have been mandated South African market sale at the time. The mustard yellow exterior is complemented by a fittingly brown vinyl interior. Mod cons included a heater, manual windows, three-point front seat belts, and not much else. The long-throw 4-speed transmission lever is a work of minimalist art. 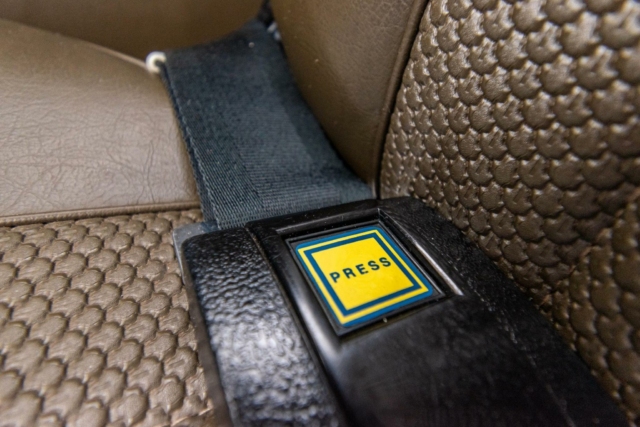 Details like completely unblemished seat belt release buttons are on full display in the minimalist cabin. We’ve never noticed how great their design is until now, but they are absolutely perfect examples of mid-century design with their simple font and yellow-on-blue color palate. 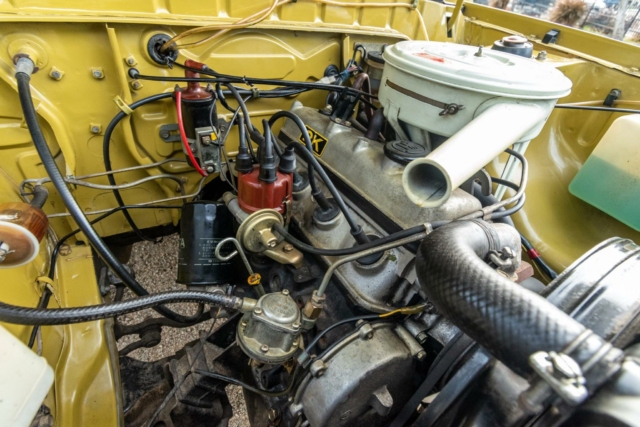 Under the hood, a 993cc 2K inline-four reminds us of a simpler time when maintaining your car wasn’t illegal and unused engine bay space wasn’t taboo. 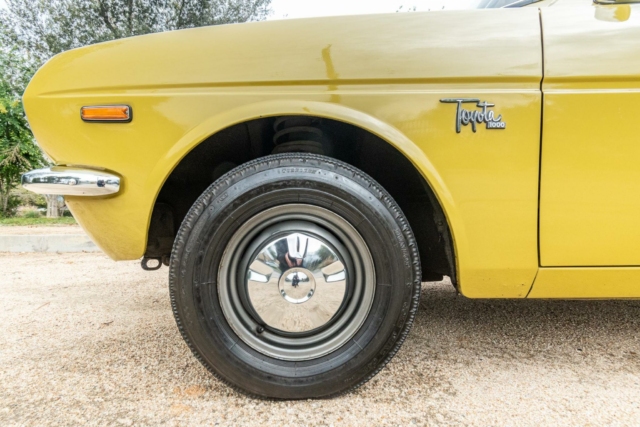 The originality extends down to the 12-inch steel wheels wearing chrome center caps and Dunlop tires that are likely original to the car. 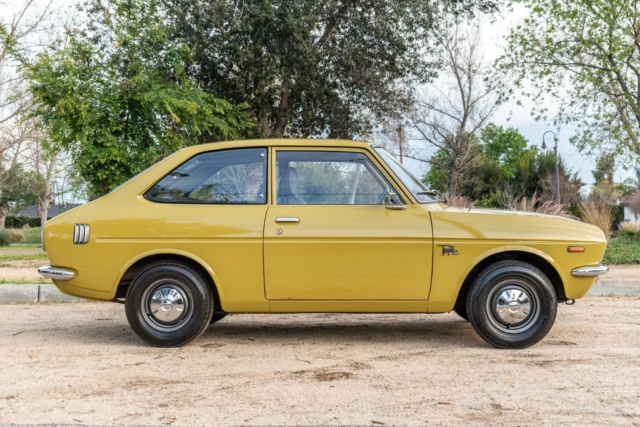 If this car seems familiar, it is because we highlighted it in our coverage of the 2019 Japanese Classic Car Show. The seller has decided that it’s someone else turn to be its caretaker. If that is you, the Publica is currently listed on Bring a Trailer with no reserve.

permalink.
This post is filed under: for sale and
tagged: p30, publica, toyota.