KIDNEY, ANYONE? 1972 Hakosuka GT-R to be auctioned at Monterey Historics 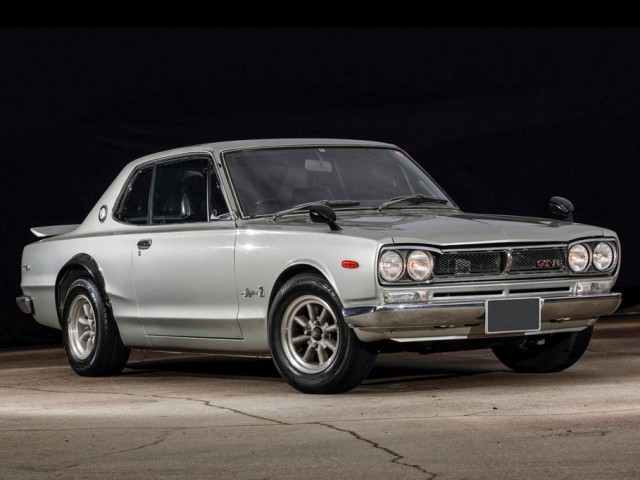 Welp, it’s happened. A 1972 Nissan Skyline GT-R will be offered at RM Auctions this year at the Monterey Historics, the week-long celebration of the automobile during which sheetmetal is admired, coveted and traded amongst kajillionaires like Picassos. After last year’s record sales of a Toyota 2000GT crossing the block at $1.2 million at auction, the floodgates to Japan have been opened. 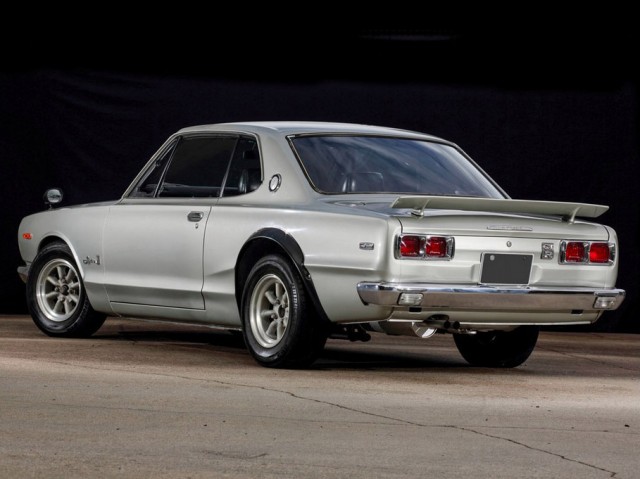 The obvious next in line, then, would be the hakosuka GT-R. With its raw, multi-valved and twin-cammed straight six, the KPGC10 has come to symbolize the Golden Age of Japanese motoring. Because it was available in a multitude of trim levels, the general body was available to young Japanese gearheads when the Toyota would have been out of reach. The 2000GT, expensive even when new, stirs desire; the Skyline creates nostalgia. Which feeling is stronger? 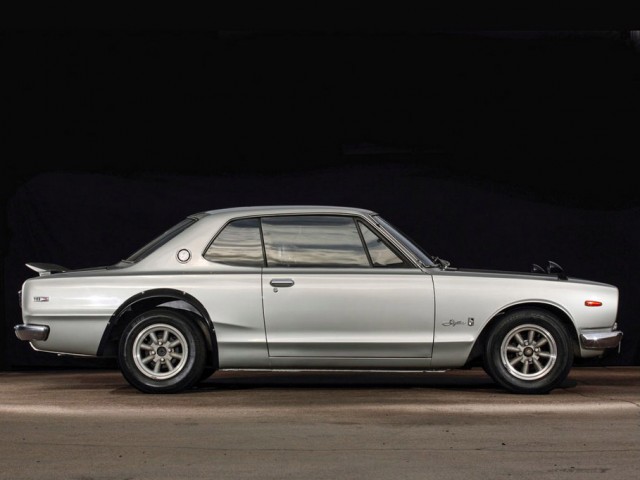 Plus, the hakosuka has the provenance of competing in Japan’s most grueling touring car era and racking up the now-famous Victory 50 wins. Toyota, on the other hand, set some speed records with the 2000GT, ran a handful enduros and road races, and then retired the car. 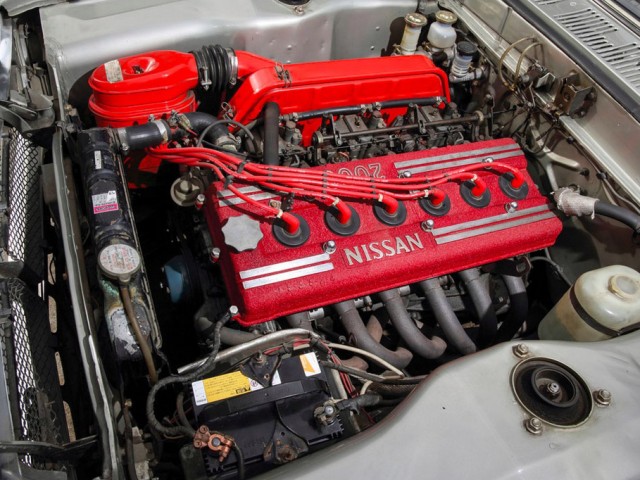 However, because it was never sold in the US and never touched by the hand of a famous American like Carroll Shelby did with the 2000GT, it lacks name recognition for anyone too old to have played Gran Turismo (i.e., anyone attending the Monterey Historics). The 2000GT is rarer, too, with only 337 production cars built, versus 832 four-door GT-Rs and 1,197 two-door hardtops. The debut of the GT-R on US shores in 2007 helped a little, but by that time Nissan had dropped the Skyline name. 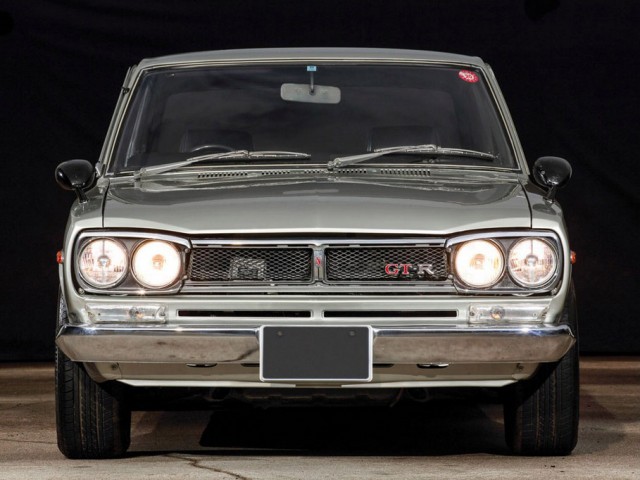 Imagine a late-sixties Italian or German sports sedan with the GT-R’s specs, one that had absolutely dominated motorsports in Italy or Deutschland. Now image that price tag. You’ll likely have to add a zero or two to the price tag to whatever the hakosuka sells for. It was only a matter of time and some education, though, before prices catch up.

The hakosuka will be sold without reserve, at RM Auctions, August 15-16. Click here for the lot listing.

permalink.
This post is filed under: for sale and
tagged: c10, Hakosuka, nissan, skyline.

15 Responses to KIDNEY, ANYONE? 1972 Hakosuka GT-R to be auctioned at Monterey Historics