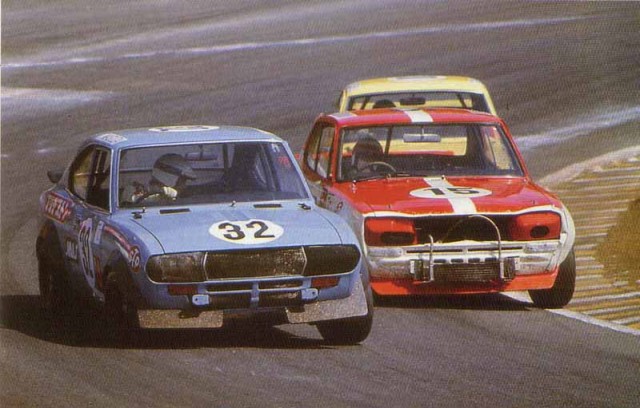 One of the greatest rivalries from the heyday of Japanese motorsports was that of Nissan versus Mazda. After the Savanna RX-3 snatched Nissan’s much anticipated 50th victory from the Skyline GT-R in December 1971, a blood feud was born. The following year that fight grew even more heated, with roaring rotaries and fierce hakosukas duking it out throughout the 1972 season. Here’s a Mazda promotional video setting the scene for the 1972 Fuji Masters Super Touring Race, which pitted RX-2s and 3s against fearsome GT-Rs in a thrilling display of wheeled combat around the 30 degree banks of Fuji Speedway.

You’ll be sure to see some familiar names in this lineup, including Yoshimi Katayama, Takashi Yorino and Yojiro Terada a full seven years before they became famous on the world stage for claiming GTU victory at the 24 Hours of Daytona in the new RX-7. Legendary Nissan driver Motoharu Kurosawa puts up an end boss-level fight and we won’t spoil the ending, but with this being a Mazda promotional video you can probably guess outcome.