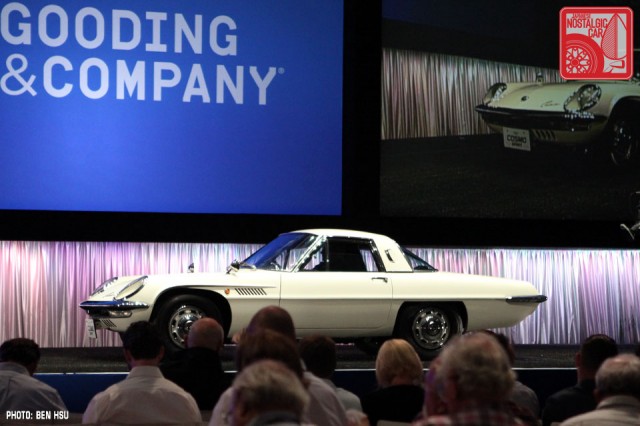 Minutes after the white Toyota 2000GT crossed the block at Gooding & Co., a short-wheel base 1967 Mazda Cosmo Sport did the same.Both were from the same collection, an unnamed collector that also sold a BMW 507 and 1969 Camaro Z/28. After some spirited bidding, the gavel dropped at $240,000, or $264,000 out the door after commission.

This is a new record for the world’s first dual rotary production car. While it may be surprising that it sold for more than the hakosuka Skyline GT-R, this particular 110S is widely considered the best-restored example in the world.