More than 1600 MX-5 Roadsters swarmed Mazda‘s hometown of Hiroshima, Japan on September, 20 for what has to be a new world record in single-model gatherings. After all, the MX-5 already holds the Guinness record for best selling two-seater droptop — as Jeremy Clarkson would say — in the whurrrld.

Over 2600 dedicated owners made the journey to Miata Mecca, the Miyoshi Proving Grounds that Mazda calls the car’s “birthplace.” There, members of the development team and representatives from MX-5 clubs worldwide kicked off celebrations with a toast from a 20-year-old fan born the same year the car was launched.

Miata maniacs got to sign a special car trotted out just for the occasion.

The concept was carried over from the 10th anniversary.

1600 cars, people! That’s about four times the number of cars at the largest nostalgic car show we’ve ever seen, and all for a single model. Miata owners are insane, and we love that. 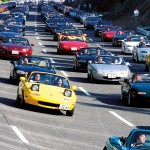 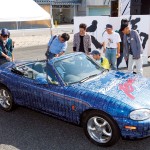 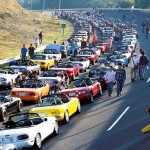 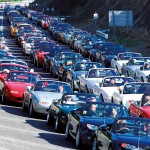 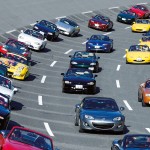 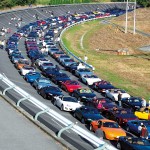 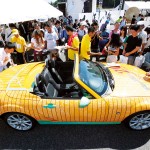 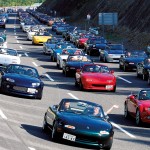 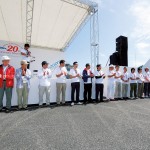 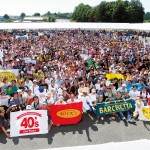 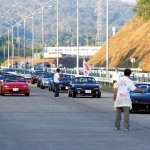