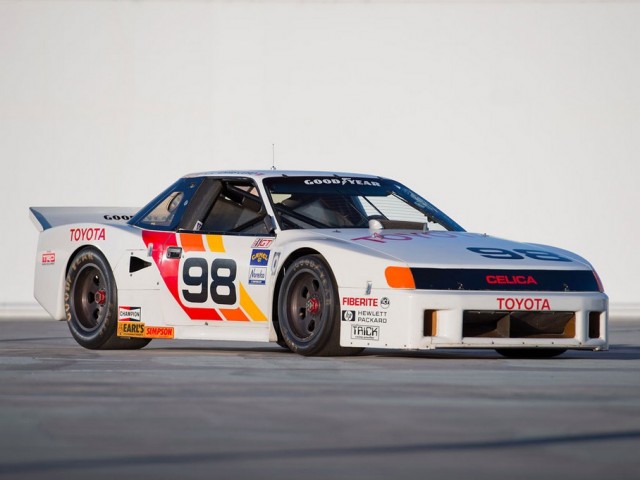 For Celica fans 1986 is known as the year when the beloved sports coupe was transformed from rear- to a front-wheel-drive. Despite its softening, Toyota was still hell-bent on scoring sales with an aggressive racing program. At the time there was no bigger US race series than IMSA touring cars, so three GTO-class Celicas were created to challenge the likes of the Mazda RX-7, Porsche 911 and Chevy Corvette. They were rear-drive, turbocharged, and produced as much as 600hp. And now you can own one.

Built by Kent Racing and Indy legend Dan Gurney, the semi-tube-framed chassis shared nothing in common with production Celicas. The driven wheels were on opposite ends and the race engine was a twin-spark turbocharged 4T-GT with a rear-mounted transaxle. Although capable of churning out 600hp at 8,000 rpm, at its current IMSA-restricted spec it’s producing “only” 458hp. 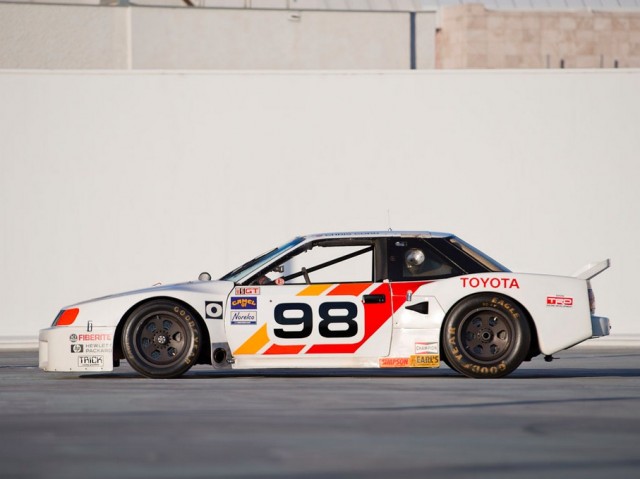 The only thing on the car that is even remotely similar to the production Celica is the shape of the aero body designed by Hiro Fujimori. With bulging fenders and a huge spoiler, it sliced enough wind to reach a top speed of 195 mph. Naturally, it wore Toyota’s old school red-orange-yellow-on-white race livery.

Toyota’s partnership with All-American Racing began in 1983. By then, the team founded by Dan Gurney and Carroll Shelby had already seen success at any racing series Americans cared about — NASCAR, Formula 1, SCCA Trans-Am and the Indianapolis 500.

The 1986 season saw the team rack up some points, but it was mostly an opportunity to iron out the details. The 1987 season was when the GTO (Grand Touring Over 2.5L) Celicas really shined, snatching the overall championships from Ford in a nail-biting final race that driver Chris Cord won by less than a car length.

The car was campaigned for one more season before GTP prototypes became the hot ticket and Toyota moved on to campaigning the Eagle MkIII. This particular car was then sold by Toyota to Cord, who is, incidentally, the grandson of the founder of Cord Automobile.

Now it’s coming up for sale at RM Auctions‘ Arizona event starting January 16. The car comes with a load of spares, including an extra engine, three air dams, a front and rear clip, an additional set of wheels, and five sets of tires. The expected selling price is $100,000 to $150,000.

Following on RM’s success with the 2000GT, it seems that Toyotas are high on the auction house’s list of collectible cars these days. It will be an interesting year to see if prices on landmark Japanese cars continues to rise. See the lot here.