VIDEO: Mazda classics prep for a 5,000-km rally across Europe 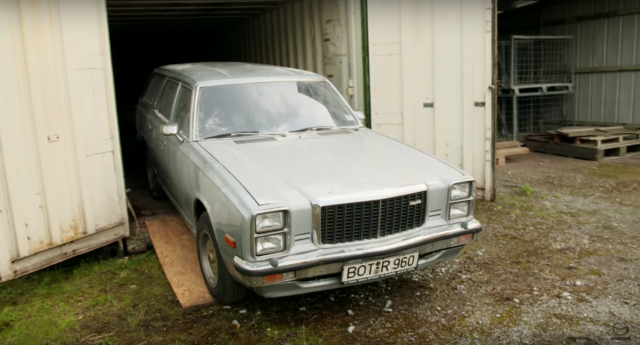 Mazda Germany is back with the second season of its “Mazda Garage” YouTube series. Last year, the first season followed the restoration of a Mazda Cosmo Sport, which then went on to participate in the Hamburg-Berlin Klassik Rallye. This season the driving becomes even more ambitious, with three classic Mazdas going on the 5,000km (3,100 mile) European Challenge from Munich to Amsterdam by way of Spain.

Since the show is produced by Mazda Deutschland, everything’s in German. But the content is easy enough to follow, and is likely more interesting to JNC readers than most car shows on cable TV (with the exception of JDM Legends).

In episode one, host Det Müller introduces the three drivers that will be piloting classic Mazdas across Europe. Each chooses from the Mazda Museum of Germany the car they’d most like to drive on the rally. Stuntwoman Miriam Höller goes for an NA Mazda MX-5 Miata, social media influencer Tobias Wolf selects an SA22 Mazda RX-7, and auto journalist Bernd Volkens opts for a car we never got in the US, an LA2 Mazda 929 (essentially a Luce RX-4 but with a piston engine).

Of course, the museum’s examples are too pristine to take on a 3,100-mile rally, so Müller must now find less precious examples of each car. The RX-7 is easy enough — museum founder Walter Frey happens to have a spare one in his drool-worthy barn. An MX-5 is sourced from a Frankfurt dealer. The last one proves harder — like an RX-4 in the US, the 929 is a tall order in Germany.

What Müller does uncover is even more mind-blowing than what was expected. He finds a stacked-headlight LA4 929 Kombi, or what would essentially be a Luce Legato wagon if it had been sold in Japan.

There’s not much classic car content in episode three, which invites 180 people to audition for a place on each of the three drivers’ teams. The participants applied via a Mazda Germany social media contest, and the result is an excuse to show off the capabilities of new MX-5 RF and CX-5 models.

Episode four reveals the cars found by Müller to their respective drivers. Bernd Volkens’ 929 is played for laughs, but if anything the 929 wagon body style is even rarer than the previous-generation 929 sedan he wanted. Since Mazda never sold a third-generation Luce Legato wagon in Japan and it never came to the US in any body style at all, these few remaining examples in Europe are probably the only ones left in the world.

Episode five, the most recent, follows the prepping of Tobias Wolf’s RX-7. It receives a new distributor cap, slave cylinder and brake rotors, as well as a wrap inspired by the Group B RX-7 rally car.

The series isn’t going to teach you how to build a 13B, but it’s more in-depth on the technical stuff than what you’d find from most countries’ marketing departments. We’re looking forward to upcoming episodes, especially the adventures with the 929 wagon.

1 Response to VIDEO: Mazda classics prep for a 5,000-km rally across Europe