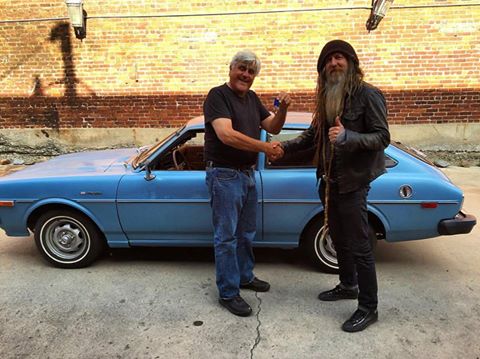 In a recent episode of Jay Leno’s Garage on CNBC, the Denim Prince gives a car to clothing designer Magnus Walker. Magnus melted the internet a few years ago when he began quietly posting his huge Porsche collection on an internet forum. Since then, he’s become on of the stars in the new school Porsche modding movement. He started his carefully curated collection with the early 911, specifically limiting it to one from every year between its introduction in 1964 to 1973. But as his renown grew, so did his tastes. He then expanded to other Porsches like the 930 Turbo, 964, 914, and 924, helping reignite the fervor in the collector’s world each time. Now, he’s into Toyota Corollas. 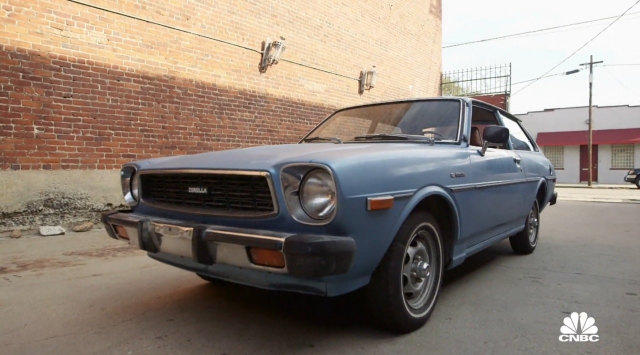 If you need to familiarize your don’t know Magnus Walker, our very own Ben Hsu was among the first auto journalists to write an article about him. So why the Corolla now? Well, Magnus’s first car was a 1977 Toyota Corolla, which he picked up for $200 and passed his California driver’s license test with when he first immigrated to the US from his native England.

In the Jay Leno’s Garage episode called “Hand Made,” the host goes for a drive with Magnus in his custom 964, where “the only two things not modified on the car are the doors”  and then checks out his collection. At the end of the episode, Jay “surprises” Magnus with a Corolla Liftback. It could be a bit of Hollywood sparkle, though, as Magnus told us not so long ago that he was looking for a Corolla like his first car. 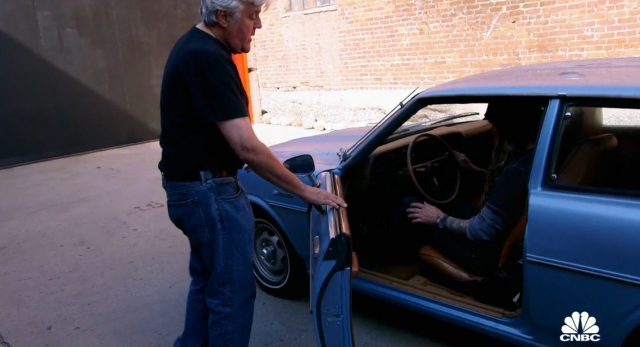 In any case, the many who’s owned dozens of 911s is clearly excited. “This is awesome!” he exclaims as he climbs in.

Then Jay touches upon something JNCers know all too painfully to be true. “Try and find one of these,” he urges. “You can find a zillion 911s.”

The odd couple then go for a drive around. “It’s definitely an emotional experience,” Magnus comment. “A little nostalgic. I’m tearing up inside.”

If the comments by Magnus’s followers on Facebook are any measure, it appears some of these Porsche folk started off with Corollas. Now with a high-profile owner from the Porsche world, I’m sure we’ll see these guys going to JCCS to scope it out.

You can watch the full episode on CNBC if you have a cable subscription.