VIDEO: Feast your eyes on 20 years of high-def Tokyo streets 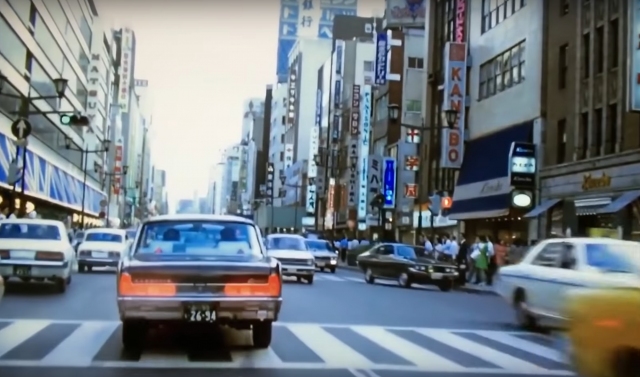 As we approach the long Thanksgiving weekend, here’s a feast of a different sort. Let your eyes consume this incredible, high-definition video of Tokyo during the Showa Era. Spanning a period of almost two decades, the videos show how dramatically the changes come for the city and the cars that roam its streets.

One of the great things about these videos is that they’re all shot around Ginza, so you can see exactly how much evolution takes place. Starting in 1956, we see a lot of large, blocky buildings that aren’t necessarily inspiring in design. Vehicle-wise, there’s still a lot of imported cars, three-wheeled trucks, and streetcars. Amazingly, there are still many wide-open spaces, something that’s rare to see in Tokyo today.

By 1964, the city has developed rapidly. There are many more tall, glass buildings with design like the San-Ai Dream Center, the circular tower that’s also a prominent advertising landmark. At this time it’s shilling for Mitsubishi Electric on top, but you can see what appears to be Nissan displays in the window (a Cedric?) and a 411 Bluebird wagon out front. The city is, of course, full of promos for the 1964 Olympics.

In 1966 the city has become more tightly packed, with street-level storefronts and more signage. Cars are still mostly S40 Toyota Crown and 31-series Nissan Cedric taxis, while Toyoace trucks take care of the large cargo. It’s beginning to look like the Tokyo of today.

In 1968 there’s much more variety of cars on the streets. The percentage of domestic cars has increased to nearly 100 percent. Privately owned cars have also grown in number, with Subaru 360, Bluebirds, Corollas, and Coronas mixing it up with Crown, and Cedric taxis. Inside the San-Ai Dream Center is a display for the Nissan Sunny.

We’re going to guess this footage is from 1969 based on the appearance of a facelifted S50 Toyota Crown. The buildings are taller and signage is everywhere. We see more of the elevated expressways that dominate parts of the Tokyo landscape. You can see Peko-chan looking down at the traffic below too.

Finally, we arrive in 1973, the golden age of motoring, right before everything came to a halt as a result of the oil embargo. Just look at the chrome-laden cars gliding through the streets. Mitsubishi Debonairs, Nissan Skylines, Toyota Mark IIs, Mazda Capellas, and Isuzu Belletts, all shiny and new. It’s a glorious sight to behold. We feel like the kid chasing the car at the end, except we will never catch these dream machines. That kid’s probably 50-something years old now, so cherish these times even if the world seems crazy right now. Happy Thanksgiving, and we’ll see you Monday.

9 Responses to VIDEO: Feast your eyes on 20 years of high-def Tokyo streets