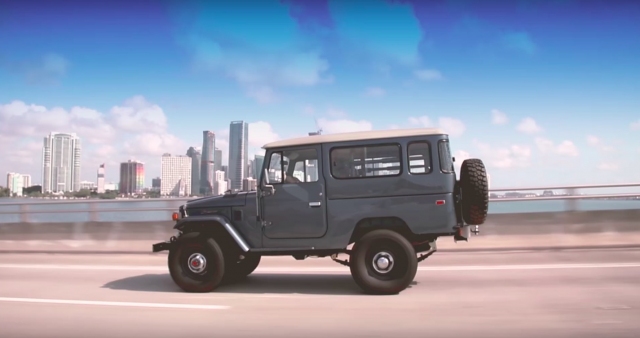 We met the owners of the FJ Company at SEMA last year and were astounded by the level of craftsmanship in their builds. These guys and gals take classic Toyota Land Cruisers and thoroughly modernize the drivetrains so they can be driven in current-day traffic with confidence.

While this is not a new concept, others have done it by swapping Chevy V8s into their Cruisers. The FJ Company wins our hearts by sticking with inline-sixes from the Toyota family — 1FZ motors from 80-series Land Cruisers to be exact. And though the 80-series was only offered with automatics here in the US, the FJ Company mates them to 5-speed manuals. The result is known as the FJ Company Sport.

The builds remove every nut and bolt and reassemble the rigs from the frame up. Not all of their builds are restomods, though. If you prefer the original F-series engine they can rebuild those as well. Here are just a few of their builds, but you can find a lot more on the FJ Company YouTube channel.