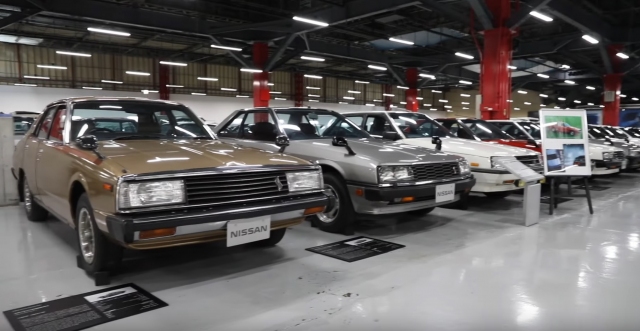 Nissan’s Zama warehouse is a 400-plus collection of historic, racing and concept cars, a living catalog of the company’s long history. It used to be closed to the public, and only those with a special invitation could see the cars. Some say it was because Nissan insiders wanted to keep a low profile, fearing that Carlos Ghosn, the president nicknamed “Le Cost Killer” would see the collection as a waste of money during Nissan’s recovery from near-bankruptcy and sell off all the cars.

Thankfully, that never happened. It would have been impossible to reassemble the collection again. Back in the early 2000s, it was a dingy, cold warehouse cars under large plastic tarps. Today, Nissan has revamped the facility so that it looks at least somewhat hospitable, well-lit, and clean. It’s now open to the public too, and if you’re lucky, you might even go on a day where they are taking a few cars out for test runs. In the video above, an S130  Fairlady Z and C210 Skyline are among the cars being fired up. It’s a must-see for Nissan nerds.

4 Responses to VIDEO: A tour of Nissan’s Zama warehouse