The media days of the 2009 Tokyo Motor Show are in full swing and you know what that means. The Toyota FT-Hachiroku Concept has been photographed and nitpicked ad infinitum. It’s a familiar drill by now: AE86 revival, lightweight RWD coupe, Subaru 2.0 boxer, metallic monkey-butt red.

But perhaps Toyota has been feeling guilty for neglecting the enthusiast market for so long. That would explain why it’s bestowing us with the simultaneous debut of the long-awaited supercar known as the Lexus LFA. No more pulled punches for the Big T, baby! The new supercar heralds the company’s take-no-prisoners charge towards the head of the automotive kingdom, a segment Toyota has not visited in 44 years. 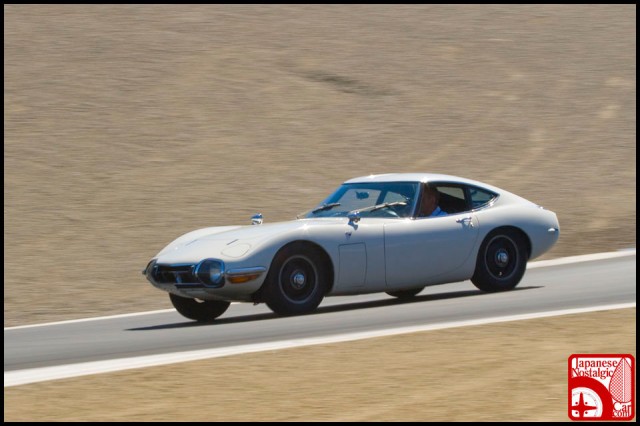 When a gleaming Pegasus White Toyota 2000GT debuted at the 1965 Tokyo motor show, it signaled to the world that the the Japanese auto industry was not to be ignored. The lads at Aichi had been quietly building Publicas and Coronas when they suddenly decided to leapfrog the rest of the planet with a supercar priced squarely in Ferrari 275 and Porsche 911 territory.

Far-reaching, yes. But the 2000GT had the specs to back up its stratospheric asking price. It promptly shattered 16 international speed records, and probably could have done more if the four-day endurance run had not taken place in the pouring rain.

And now, nearly half a century later, Toyota is at it once again. Of course, no one has published a test of the LF-A yet, but on paper it looks to be just as ambitious and insane as the 2000GT.

As you can see, what was considered the pinnacle of technology and performance has changed a lot since 1965. Unfortunately, it wasn’t performance that hampered 2000GT sales; it was its Japanese origin. It never quite gained full acceptance into the western world’s automotive cliques and only 343 were ever built.

But in the intervening time, Japanese cars have not only become widely accepted, but also loved. Does this mean that Toyota can now finally have a seat at the table with the rest of the automotive elite? This time, it won’t be the market that determines numbers sold — Toyota is limiting the LFA to 500 production units.

In any case, color us ecstatic. With the FT-86 and LFA spanning the breadth of the automotive spectrum, Toyotaku can finally rejoice that their beloved marque is experiencing a return to form. Besides, that exhaust note is just orchestral.

Update: Build your own LFA. Passionate Pink, anyone? 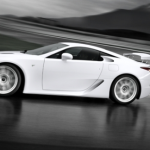 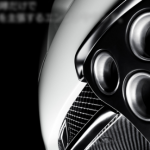 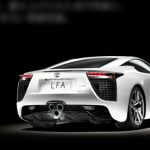 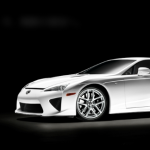 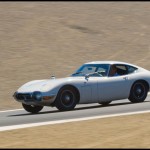 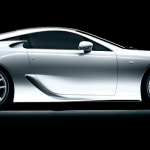 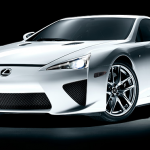 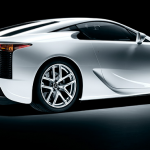 31 Responses to Toyotaku Rejoice! FT-86 and Lexus LF-A are Here