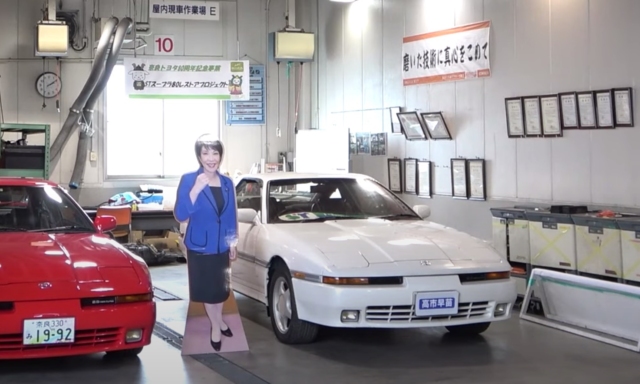 Although Sanae Takaichi lost her bid to become Japan’s first female Prime Minister last year, she remains one of Japan’s most powerful women. She also happens to be the original owner of a 1991 Toyota Supra 2.5GT Twin-Turbo Limited. For the past decade Takaichi has been a bit busy with her many jobs, including Minister for Internal Affairs and Communications during the Abe administration, so she hasn’t had much time to drive it. But now, with the help of Toyota, Takaichi’s Supra is about to undergo a full restoration. 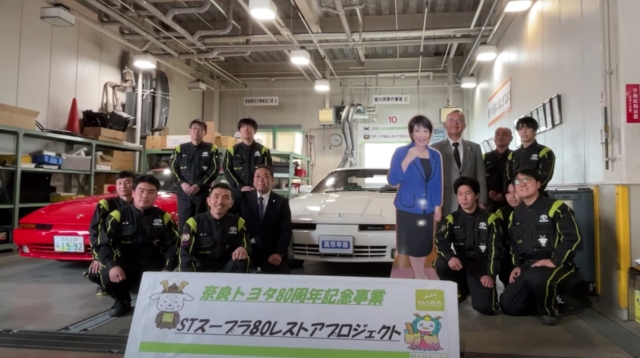 Takaichi was born and raised in Nara Prefecture of central Japan and was first elected to the country’s House of Representatives in 1993. She had reportedly always been a motorhead, and back then was known for commuting between Nara and Tokyo in her then-new Supra turbo.

In an interview with The Daily Shincho last year, Takaichi said that prior to the Supra, she owned a used Celica XX, a direct predecessor to her A70. She also said that she’d been eyeing the Supra before it had even gone on sale, patiently waiting for the right color. “I worked, saved money, and bought a new car for the first time in my life,” she said. “It took me a long time to get the Super White Pearl Mica purchased.” Her loyalty to Toyota perhaps stems from her father, who, as the New York Times reports, worked for a Toyota-affiliated company.

Takaichi optioned her Supra with a 280PS (276 horsepower) 1JZ-GTE twin-turbo six, 4-speed automatic transmission, and a leather interior in a rare-for-Japan burgundy color. The sticker rang up to ¥4.3 million (approximately $32,000 in 1991 US dollars). 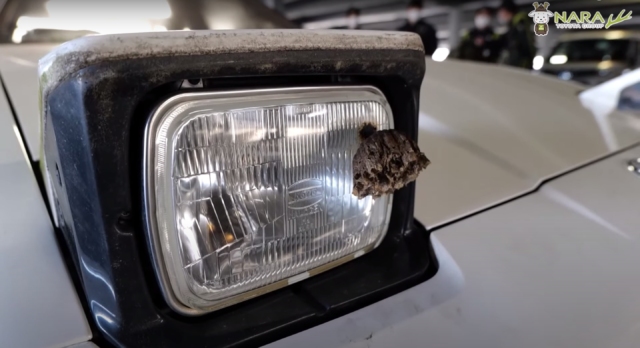 She drove the car loyally for 22 years. It even bears some of the hallmarks of an enthusiast-owned car. It still wears two TOM’s stickers, diversity antennas and, as reported by Best Car, a Panasonic navigation system, Dunlop Le Mans 702 tires, and even export-market side markers. Time has taken its toll, though, with faded paint, exposure damage on interior bits, and what appears to be a wasp’s nest attached to one of the headlights.

Due to declining eyesight and the fact that it was unseemly for a politician to own a non-eco-friendly car, it no longer made sense for Takaichi to drive it daily. However, she says that she loved the car too much to get rid of it so she stowed it, with 77,000 km (48,000 miles) on the odometer, at a local shop in Nara. It remained there for the nearly a decade, and Takaichi says she would visit it whenever possible. Last year, as she ran for Prime Minister, it was said to have been parked outside her Nara campaign office, which prompted many to take notice.

Eventually the people at Nara Toyota, the company overseeing Nara-area Toyota dealerships, took possession of the car in an effort to bring it back to its former glory. Nara Toyota has a dedicated restoration shop and museum, and has already restored a number of cars including an S30 Crown, Sports 800, Stout, KE10 Corolla, AW11 MR2, and a different A70 Supra (red, in photos above).

Takaichi’s Supra restoration team consists of 10 individuals — six technicians and four body and paint specialists — all volunteers from various Nara Toyota facilities. Dubbed the “ST Supra 80” project, the restoration officially began on February 17. ST stands for Sanae Takaichi, and though the Supra is an A70, this year marks the 80th anniversary of Nara Toyota.

With A70 Supras closing in on the six-figure mark and Toyota officially remaking parts for the model, now seems like the perfect time to restore Takaichi’s car. It will also provide Toyota with some goodwill from enthusiasts, like Nissan received when they restored actor Kazue’s Itoh’s Y31 Cima. Takaichi’s Supra is expected to be completed this fall, and if she does make another run at Prime Minister and wins, Japan could have one of the coolest car enthusiast leaders in the world. Maybe she could even challenge our own Corvette-owning president to a race.

permalink.
This post is filed under: Restoration and
tagged: a70, supra, toyota.