Toyota benchmarked the 80-series for the new Land Cruiser 300 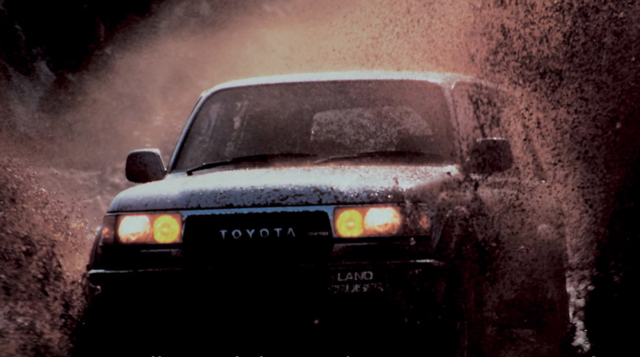 Toyota went all-out in launching the J300 Land Cruiser, digging deep into its history to inform development of the latest iteration. One of the many revealing tidbits to come out of the LC300’s launch is the fact that the engineering team used the much-revered J80-generation Land Cruiser as their north star during the development process.

The Land Cruiser 300’s development story is worth watching, if only to give insight into how much Toyota’s own engineers respect this model. They clearly get it, what the Land Cruiser means to Toyota loyalists, and to the brand.

“It has traveled across every terrain on earth with our customers, said Land Cruiser 300 chief engineer Takami Yokoo. “Even today there are roads that can only be taken on by the Land Cruiser.” There’s almost an understanding that Toyota is the only company in the world that can make such a vehicle.

To fully understand what needed improvement on the J300, Yokoo and his team drove the current J200 around Australia, said to house 80 percent of the world’s most demanding roads. They realized that driver fatigue was a problem, and set about correcting the suspension geometry to improve on-pavement smoothness. 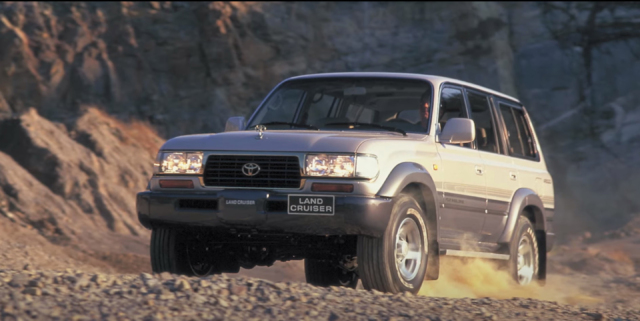 Of course, off-road prowess could not be sacrificed. “Even as times change, the Land Cruiser has to be true to its core. I was constantly reminding the development team, ‘This is not just a car, it’s the Land Cruiser,'” Yokoo explained.

As such, Yokoo and his team turned to the 80-series Land Cruiser. Though new laser-welding techniques that merges two types of metal improve torsional rigidity while reducing weight overall weight by 200kg (440 pounds), the overall frame design remained the same. So did the “golden ratio” wheelbase, which was perfected on the J80 and has remained in place since.

“We actually used the Land Cruiser 80 as a guidepost,” Yokoo said. “Even 30 years after it first appeared, it has the best rough road performance of any Land Cruiser.” 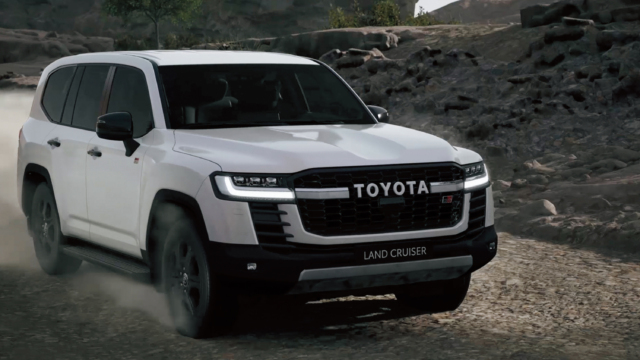 Other improvements, such as moving the engine lower and further back, helped by the fact that it’s a turbo V6 instead of a V8, make the J300 less nose-heavy. Dakar Rally racer and repeat class champion Akira Miura assisted in the development process as a test driver. He says the J300’s overall control and balance are much improved.

Listening to the engineers and drivers, we feel even sadder that the J300 won’t come to the US, at least not as a Land Cruiser. There’s a pretty reliable rumor that it will appear as the next Lexus LX, but there’s something about having the Land Cruiser badge. That something is supported in the used car market, where J80 and J100 Land Cruisers command a higher price than nearly identical yet slightly better equipped Lexus LX models.

As chief engineer Yokoo tells us in the video, “The Land Cruiser’s mission is to forever be the partner that will get you home safely, no matter where you go.” Subbing in Lexus LX just doesn’t have the same ring to it.

permalink.
This post is filed under: Next Version and
tagged: land cruiser, toyota.