VIDEO: Let the gift of a Toyota 2000GT get you in the holiday spirit 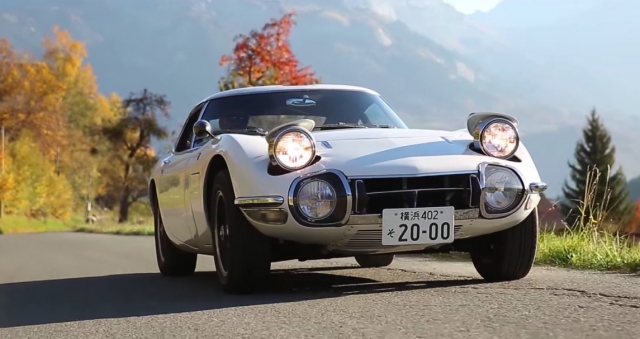 The Degeneve family has been dealing in classic cars for four generations. In 1971 the grandfather, Jean-Pierre, began selling Toyotas in France, making Degeneve dealership the oldest Toyota franchise in the country. Before cars, the family ran a successful bicycle business, but Jean-Pierre was always into classic sports machines. However, despite having owned and experienced the creme de la creme of cars in period, most notably a Ferrari Daytona, his most beloved was the 1967 Toyota 2000GT.

“At the time, it was very avant-garde,” Degeneve recalls in his interview with Petrolicious. “It was incredibly sleek, light and very fast. For 1967, it was quite ahead of its time.” That is why, on the occasion of his 70th birthday, Degeneve’s grandsons tracked down a 2000GT and gifted it to him. In the background of the video are the Degeneve family’s various Toyotas, including a Sports 800, N2 KP61 Starlet, FJ45 Land Cruiser, and at least two daruma Celicas, one stock and one in Toyota Team Europe rally spec. It’s a beautiful car, beautifully shot, and most of all, a beautiful story.

permalink.
This post is filed under: Video and
tagged: 2000gt, toyota.

8 Responses to VIDEO: Let the gift of a Toyota 2000GT get you in the holiday spirit