Toyota has sold its 10 millionth Land Cruiser, celebrates in Japan and Europe but not US 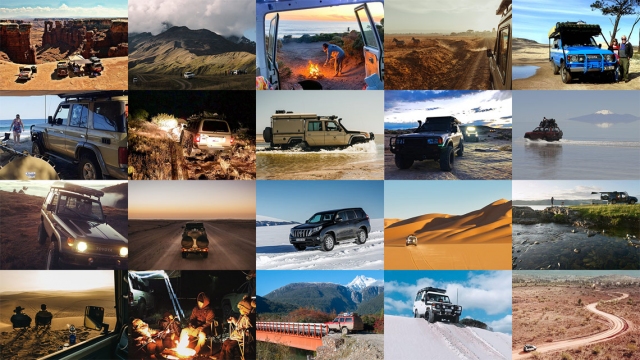 Toyota is celebrating the sale of its 10 millionth worldwide sale of the venerable Land Cruiser. The longest serving nameplate not only in the Toyota lineup, but among all Japanese marques, it has taken 68 years for the go-anywhere truck to reach this notable milestone. Perhaps ominously, both Toyota Japan and Toyota Europe have launched campaigns to celebrate the accomplishment, but Toyota USA has so far remained quiet.

The 10 millionth sale actually took place back in August — and includes Lexus counterparts — but there is no word who the lucky customer was. Yesterday, Toyota Europe released a video promoting their celebration campaign, which is gathering stories of Land Cruiser adventures on social media, tagged with #NoLandUncruised. “Nothing has stopped us. From Siberia to the Sahara, we keep going anywhere, and leave no land uncruised,” it says.

Stories include tales from the Dakar Rally, a Swiss couple who have no permanent address and have spent 35 years and nearly 500,000 miles driving around the world in their 60-series, and an ex-marine who drove a 70-series through 17 countries from Afghanistan to the UK to attend the Goodwood Festival of Speed.

Similarly, Toyota Japan is also sharing stories of owners’ adventures around the globe, holding a series of Land Cruiser festivals across the country, and highlighting the Land Cruiser’s use worldwide, from an Australian mine 5,000 feet underground to an Antarctic research station to the Red Cross’s rescue efforts in disaster-torn areas.

Sadly, we’ve heard not a peep Toyota USA. Could this be due to rumors that the company is getting ready to terminate the Land Cruiser in the US market? Regardless, 10 million sold is an extraordinary number, especially for a car that’s not a mainstream family vehicle. For comparison, Toyota has sold about 12 million Camrys in the US, and you know how common those are.  Congrats, Toyota. We hope to see 10 million more, including next-gen models sold in the US.

3 Responses to Toyota has sold its 10 millionth Land Cruiser, celebrates in Japan and Europe but not US