Tokyo Motor Show: The Kawasaki Z900RS is the Kenmeri Skyline of bikes reborn 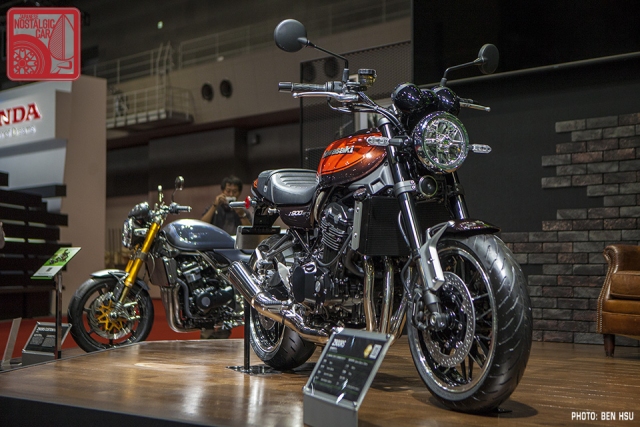 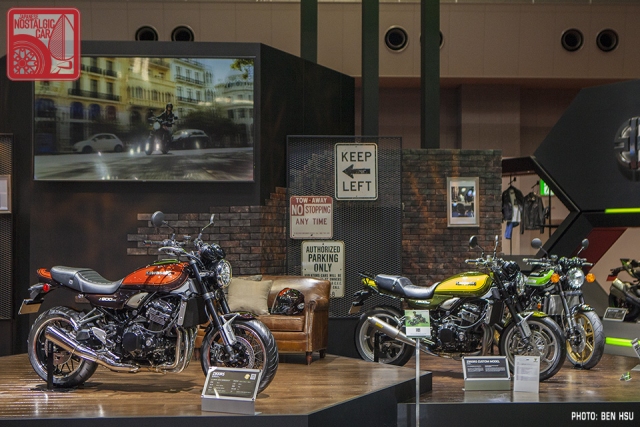 Upon its introduction in 1969, the Honda CB750 revolutionized the world of motorcycling. Prior to its debut, bikes with overhead cam transverse inline-fours and disc brakes were mainly found on Grand Prix circuits. Honda democratized the layout for the streets, gave it a massive 736cc motor, and it changed the game so drastically that the word “superbike” was coined to describe it. 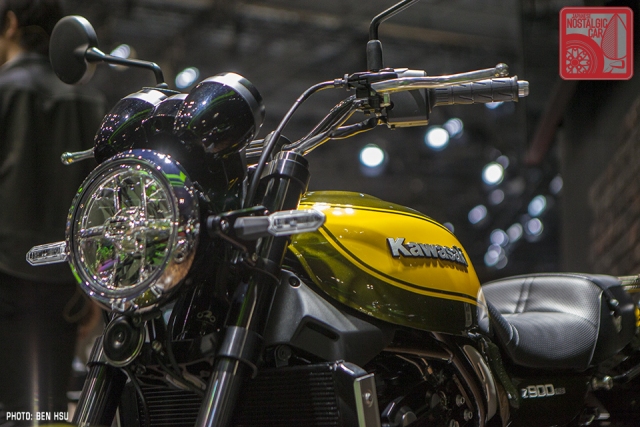 Kawasaki was at the same time developing a 750cc superbike of their own, one they thought would turn the world on its ear. But when Honda beat them to the punch by unveiling the CB750 at the 1968 Tokyo Motor Show, Kawasaki was devastated. They postponed the project until they could come back with something that could beat Honda at its own game. 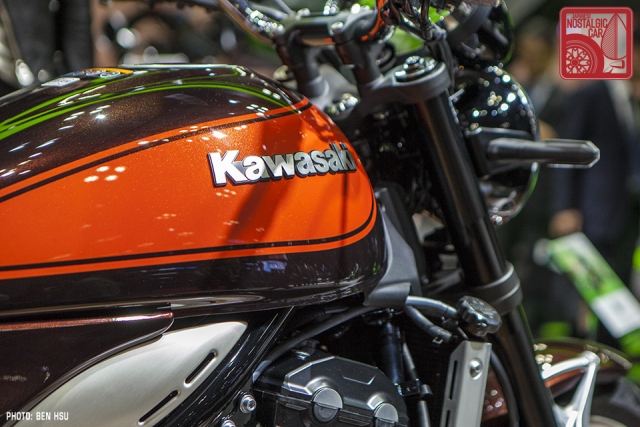 Developed under the code name New York Steak, it would be three years before Kawasaki’s counterpunch reached the market. In 1972 the Z1 (or Z900 or 900 Super Four in some markets) hit the world like a typhoon. 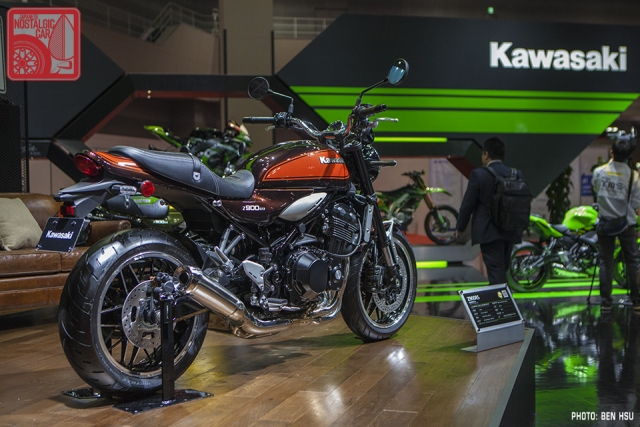 The Honda CB750 was the first production bike to reach 200 kph; the Z1 was the first to reach 210. Kawasaki shattered the world endurance record at Daytona by nearly 20 mph and set a new top lap speed there as well. Coming off the heels of the CB750, it cemented Japan’s reputation for building the best motorcycles in the world. 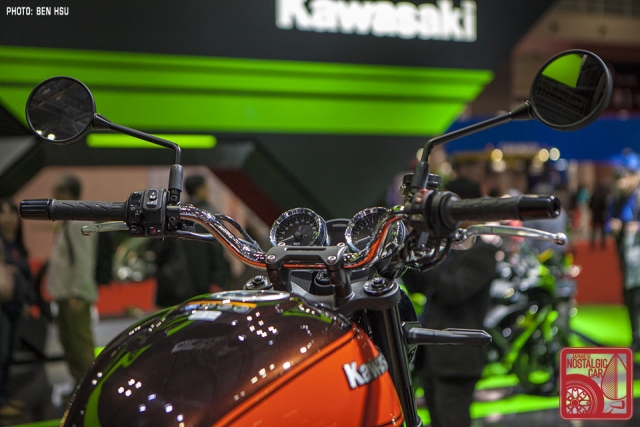 The new Z900RS is a stunning tribute to the Z1, with classic design such as a two-pod instrument cluster, and beautiful two-tone fuel tank. The technology is updated, largely based on the current Z900 and its 948cc inline-four producing 110 horsepower and 73 pound-feet of torque. 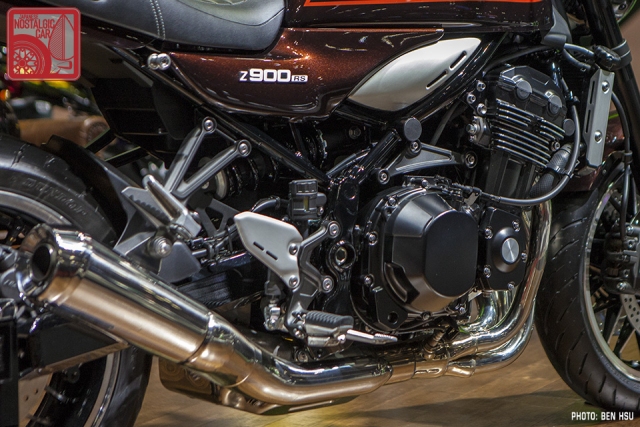 This is actually detuned from the Z900’s 123 horsepower, but peak power comes 1,000 rpm lower, at 8,500 rpm, which Kawasaki says gives the bike an old school character. The engine’s exterior has been redesigned in homage to the Z1, with cooling fins even though the Z900RS is water-cooled, not air like the original. 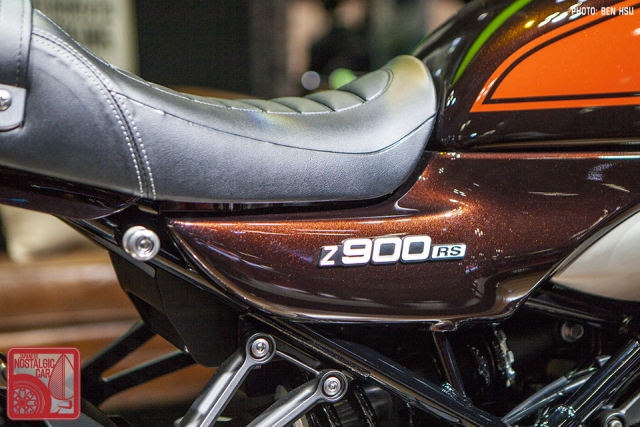 Other retro touches include a single headlight, though that is now LED, and cast wheels resembling the old school wire spokes. There’s also a classic Kawasaki emblem on the fuel tank, and Z900RS badge under the seat just like the Z1. And of course, the colors — gorgeous browns, yellows and greens — are lifted straight from the Z1 color sheet. 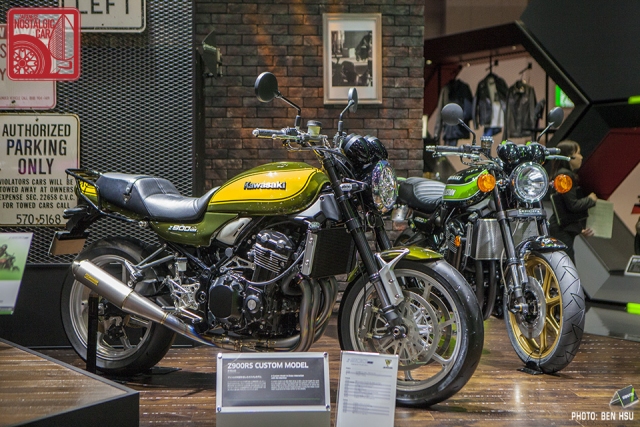 The Z1 was popular with tuners, so the new Z900RS shared stage space with already customized versions from some of Japan’s top bike shops. World renowned tuner Jo Bito of Bito R&D created a mild custom with modified handlebars, exhaust, and his famous JB Magtan wheels. 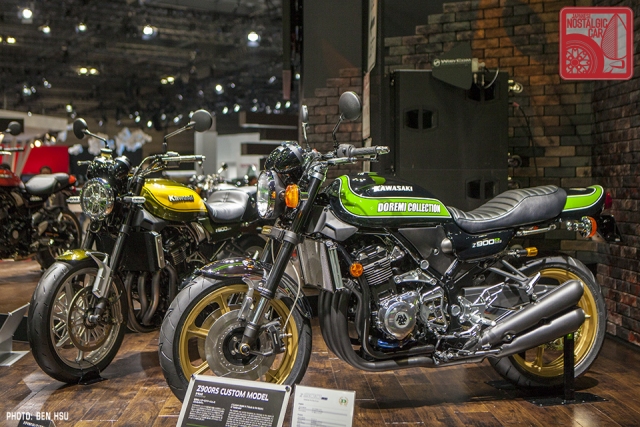 Hiroshi Take of Doremi Collection built his with references to the Yoshimura-tuned Z1s that raced in the AMA Superbike series. Old school round turn signals, a replica ignition points cover and black four into four exhaust pay tribute to those vintage racing machines. 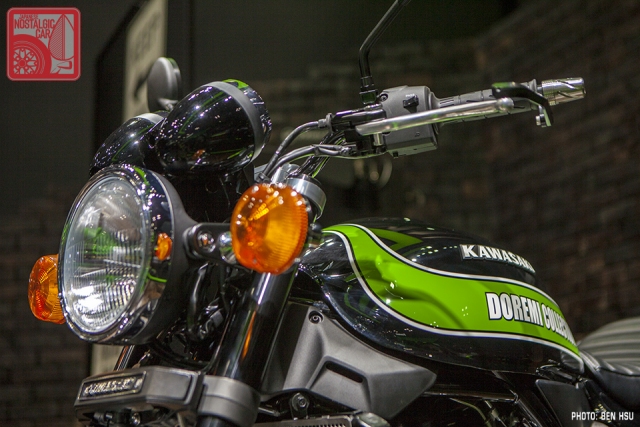 So imagine if Nissan, at the Tokyo Motor Show, unveiled retro-styled Skyline instead of the autonomous crossover that they did. Imagine if they built it with modern running gear, taken from an Infiniti Q50 Red Sport 400 or R35 GT-R, and then immediately asked Star Road and Victory 50 to create custom versions with which to share the stage. For bike aficionados, that is what the Kawasaki Z900RS is. Let the good times roll.

7 Responses to Tokyo Motor Show: The Kawasaki Z900RS is the Kenmeri Skyline of bikes reborn