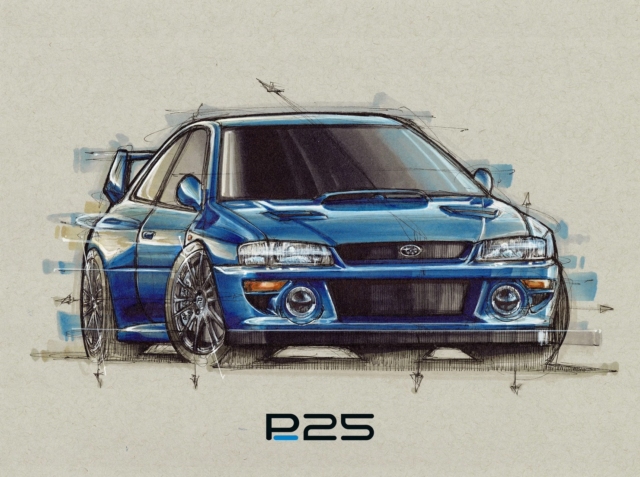 Prodrive has announced information on the mysterious car teased last week. Prodrive chairman David Richards described the impetus: “The original 22B Impreza is considered the most iconic of Subarus and highly sought after. We wanted to enhance everything that made that car so special by applying the very latest technology to create our own modern interpretation of a car that’s established a place in motoring history.” 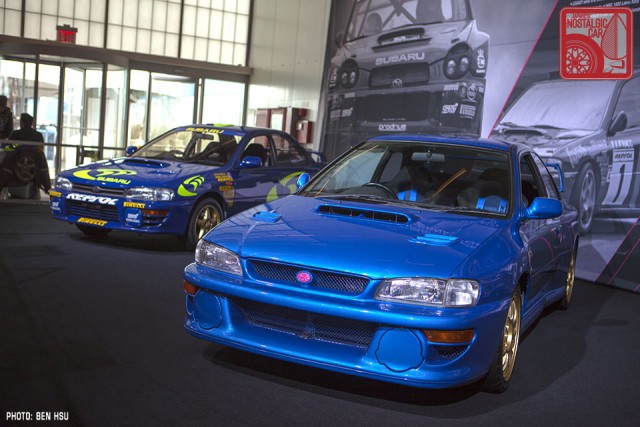 The original 22B was created by Subaru Techinca International to mark three consecutive WRC Manufacturers’ Championships from 1995-97. The P25 marks twenty-five years since that.

The P25 takes the idea of the 22B and modernizes it for the current era. In a press release, the company says the P25 will make more power, weigh less, and handle better than the original. Rather than the original 2.2-liter EJ22G, it will have a 2.5-liter boxer under the hood, making 400 horsepower and mated to a paddle-shift gearbox. The body will feature extensive use of carbon fiber.

Prodrive, the UK race car engineering firm, knows a thing or two about race cars. They’ve built legendary machines such as the Group A Bastos BMW M3 and Porsche’s Rothmans 959 Dakar racer. They also helped develop the original Subaru Impreza WRC cars and made their own version, called the Prodrive P1, back in the 2000.

Prodrive will build only 25 examples of the P25, with the first of them scheduled for delivery by the end of the year. With actual 22Bs going for over $300,000 at auction, the time certainly does seem right for a remake. If you’re interested in a P25, contact Prodrive at the email address listed here.

permalink.
This post is filed under: News and
tagged: 22B, Impreza GC, Prodrive, subaru, wrc.