Sam Witwicky’s Datsun 510 in Transformers 3: Dark of the Moon 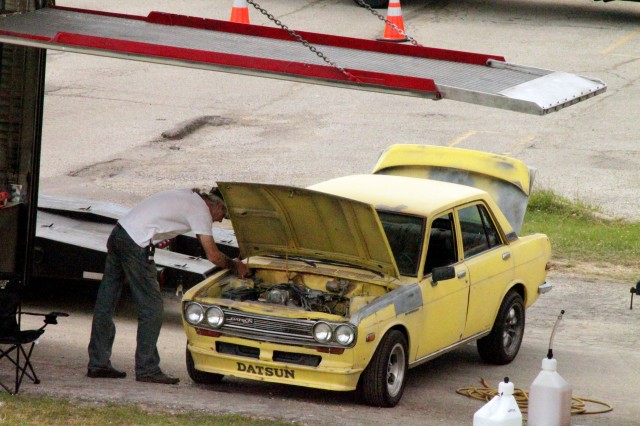 Last year a Datsun 510 sedan with twin black racing stripes and a “Bee-yotch” air freshener was spotted filming in Milwaukee for Transformers 3: Dark of the Moon. Immediately, speculation began that one of the star robots, Bumblebee, had disguised himself as a Bluebird. We just got out of an advance screening of the movie and we have answers. Warning: spoilers ahead.

So at first we thought, “Hey, that’s great! They’re calling the 510 a collector’s item!” But as the movie dragged on, it became clear that they were playing up Sam’s devotion to his car — and the idea it could be considered a collector’s item — for laughs.

But perhaps we were being a bit too sensitive. So I asked my date, a non-enthusiast third party observer, how she thought they represented Sam’s car. To which she replied, “A piece of shit.” Coincidentally, those were exactly my thoughts about the movie itself.

20 Responses to Sam Witwicky’s Datsun 510 in Transformers 3: Dark of the Moon