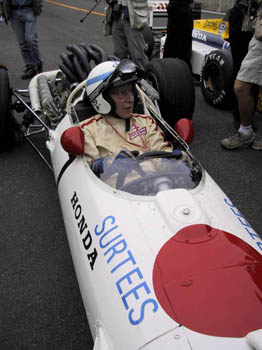 The world of motorsport lost one of its true legends last week. John Surtees, the only person to win World Championships in both motorcycles and automobiles, and an important player in the emergence of Honda as a racing power, died Friday at the age of 83.

Surtees’ competition resume is so extensive and successful that it beggars belief. Starting out in motorcycle racing at age fifteen, he would claim four world championships between 1956 and 1960 for the MV Agusta factory team, during which time he won the fearsome Isle of Man TT three consecutive years. Switching to cars in 1960 as a driver for the Lotus Formula One team, Surtees would earn his first pole position in only his third race. His first win would follow in 1963 after joining Ferrari, and in 1964 he would lead the Italian team to both the Driver’s and Constructor’s World Championships. 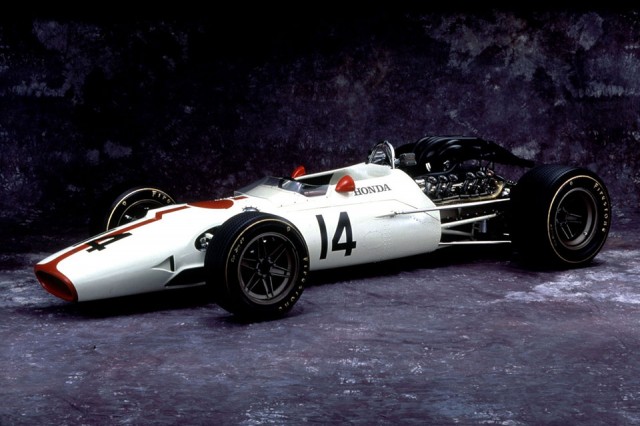 Equally skilled in sports cars as in F1, Surtees finished third in the 1964 24 Hours of Le Mans for Ferrari in 1964, and would later become the first Can-Am series champion in 1966 driving a Lola T70. The latter accomplishment was made even more meaningful coming on the heels of a devastating accident (also in a Lola) that resulted in one side of Surtees’ body being four inches shorter than the other before reconstructive surgery.

In the wake of such substantial racing accomplishments, Surtees’ contributions to the early days of Honda’s motorsport efforts are too often overlooked. After an acrimonious split with Ferrari, he signed with Honda at the end of the 1966 Formula One season, bringing a wealth of experience and an almost supernatural feel for machinery to the still-maturing organization. Surtees delivered a strong third-place finish in the season-opening 1967 South African Grand Prix at the wheel of the powerful but ill-handling RA273. 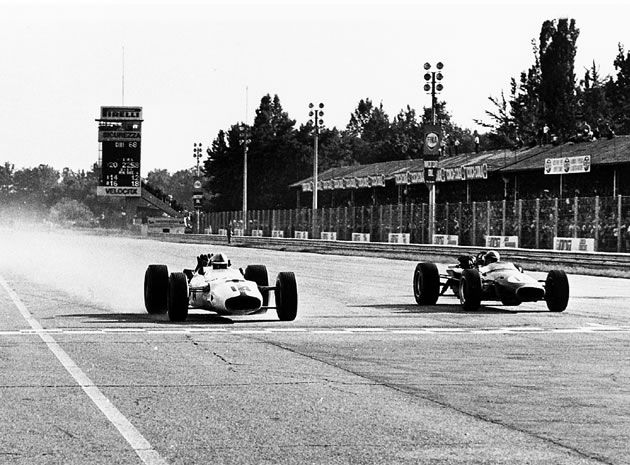 That same year, Surtees’ prodigious talent and cunning racecraft would propel Honda’s newly introduced RA300 to victory in its first ever race, the Italian Grand Prix. Though the car was heavy and underdeveloped, Surtees was able to wring every ounce of performance out of the RA300 to keep in touch with leaders Jim Clark and Jack Brabham until, on the race’s final lap, Clark’s Lotus ran out of fuel and Brabham’s eponymous car ran wide on the final corner. The door open, Surtees and the Honda slipped by to claim victory by 0.2 seconds, a win that must have been especially sweet coming as it did on his former employer Ferrari’s home track.

Surtees’ mettle as not only a driver but also a technical advisor was put to the test in the 1968 season, as Honda rolled out the revolutionary RA302. Intended to reflect Honda’s aspirations as a technologically advanced road-car manufacturer, as well as to close the performance gap to their European rivals, the RA302 featured a potent air-cooled V8 engine and a lightweight, magnesium-clad monocoque. Though brilliant on paper, the hastily completed RA302 was unstable and prone to overheating. Following a brief test session, Surtees deemed the new car unfit for competition and refused to drive it until its handling and cooling problems were sorted, and more significantly, until its highly flammable magnesium skin was replaced with aluminum. Under pressure from Honda France, however, the RA302 was entered in the 1968 French Grand Prix, with results that were as tragic as they were predictable: with none other than Soichiro Honda himself looking on, Surtees’ replacement in the RA302, Jo Schlesser, crashed on only the second lap and burned to death in an intense magnesium-fueled inferno. 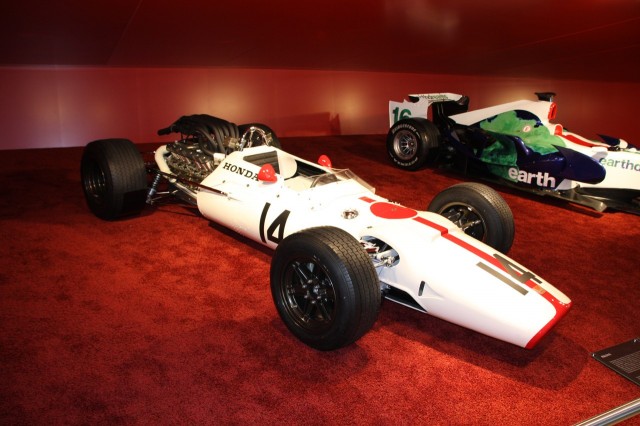 Incredibly, Honda made a second attempt to campaign the RA302 at the Italian Grand Prix with relatively few changes. Once again, Surtees (who had taken an older RA301 chassis to second place in France) refused to compete in the new car, choosing to remain in the RA301 for the remainder of the season and scoring another podium finish along the way. Chastened, Honda withdrew from Formula One competition at season’s end. Surtees would go on to drive for the veteran BRM team in the 1969 season, before making the leap to become his own constructor in 1970. Surtees F1 cars would be campaigned throughout the 1970s, though with limited success, until the team was dissolved in 1978.

In his post-F1 career, John Surtees would remain active in motorsport, serving as chairman of A1 Team Britain as well as competing frequently in vintage motorcycle events. He would also open a Honda dealership in Kent County, England, a testament to the power and resiliency of a relationship forged in the heat of competition. Though their on-track partnership would end in tragedy and frustration, Surtees’ tenure as a Honda team driver produced positive results that would reverberate throughout the years, ultimately becoming part of the foundation of the carmaker’s future successes in Formula One. Though perhaps not as glamorous as claiming a World Championship for Ferrari, this component of John Surtees’ legacy is no less significant.

permalink.
This post is filed under: motorsport and
tagged: honda, John Surtees, RA300.