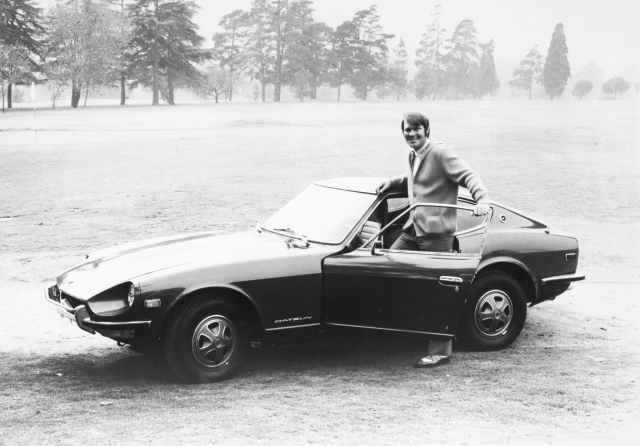 Legendary singer-songwriter Glen Campbell passed away on Tuesday, August 8 at the age of 81. A prolific musician, Campbell played guitar on some of the most famous American songs of the modern age, including  “Good Vibrations” by the Beach Boys, “Viva Las Vegas” by Elvis Presley, “Mr. Tambourine Man” by the Byrds, and “You’ve Lost That Lovin’ Feeling” by the Righteous Brothers, as well as many works of his own such as “Wichita Lineman” and “Rhinestone Cowboy.” Campbell was a well-known Chevy spokesman, but perhaps lesser known was that he occasionally got behind the wheel of a Datsun too. 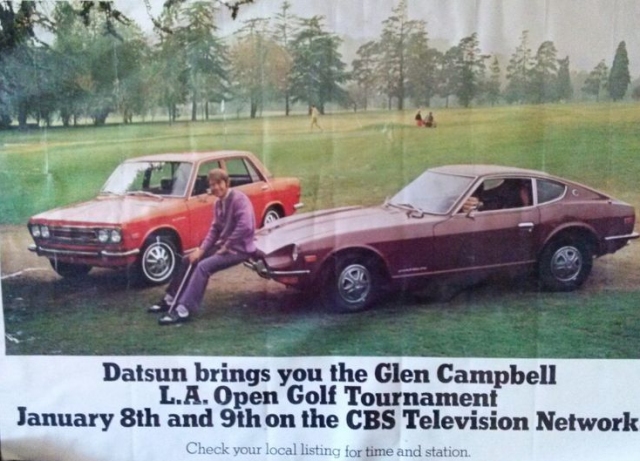 Campbell became host of the Los Angeles Open golf tournament in 1971, and Datsun was a sponsor of the event. As it happens, its two hottest cars back then than were none other than the 240Z and 510. According to Golf Digest, the LA Open was on life support until Campbell’s celebrity status helped resuscitate it. Though this was a footnote in his career — the man sold 45 million records, had 12 number-one singles, and was inducted into the Country Music Hall of Fame — it is the part that hits closest to home for us. RIP.