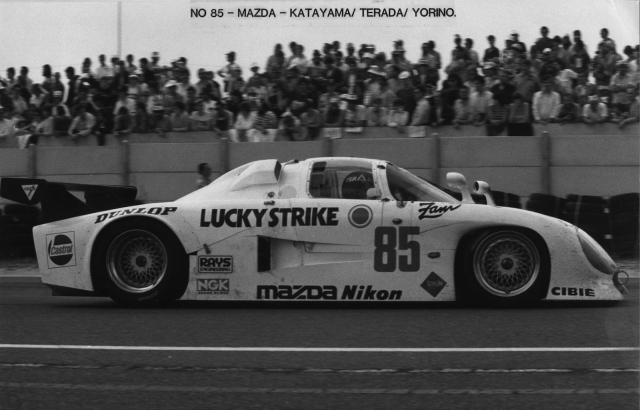 This year marks the 30th anniversary of the Mazda 787B’s historic win at the 24 Hours of Le Mans. To commemorate the occasion one of its predecessors, the 1985 737C, is undergoing restoration. Last week in Hiroshima, technicians began disassembling the 13B rotary that powered the race car.

The 737C Revival Project is being carried out by HM Racers, a division of Mazda Hiroshima dealerships. The car is actually privately owned by an enthusiast in Hiroshima. Though not an official Mazda project, given that the owner and dealer are located in Mazda’s hometown, it’s likely they are have a good relationship with Mazda corporate and the finished car will appear at some official Mazda events.

The 737C was part of Mazda’s decade-long quest to win the toughest endurance race in the world. Victory at the 24 Hours of Le Mans would have been hard enough with a conventional race car, but Mazda was determined to do it with a rotary engine. As such, the 737C was powered by a peripheral port dual-rotor 13B with a Sports Kit. It had things you wouldn’t find on a 13B-powered road car, like an aluminum flywheel and oil pump built into the front cover.

Like the 717C and 727C before it, the 737C was built by Mooncraft in Japan. Output was estimated at 315 horsepower and the chassis weighed between 1,610 and 1,650 pounds. Mazda entered two of them in the 1985 running of Le Mans. The No.86 car finished 3rd in its class and 19th overall. That car today resides in the Louwman Museum in the Netherlands. The car being restored, No.85, finished 6th in class and 24th overall.

Just prior to Le Mans competed in the WEC race at Silverstone that year. Before and after Le Mans, the cars raced at home in the Japan Sports Prototype Championships. Success was elusive, and the cars would be retired in favor of a new generation of prototype racers powered by a triple-rotor 13G the following year. 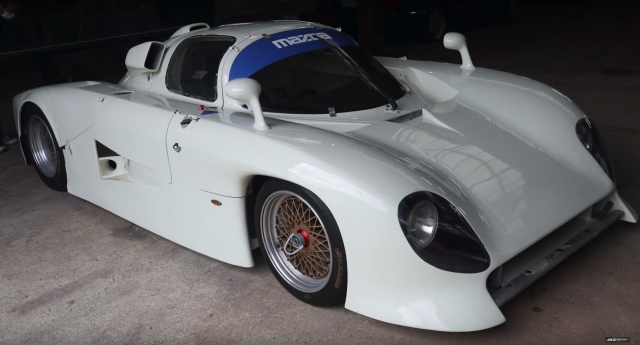 However, the 737C continued to compete in JSPC under a privateer effort until 1988. It’s not clear when it was parked, but today the car’s shell is white-bodied, devoid of the Lucky Strike and Nikon sponsorship stickers it wore at Le Mans. Only its blue visor with the Mazda logo remains.

If our translation is correct (and we’re not 100 percent sure it is), workers cracked open the engine for the first time in over 30 years when they began the restoration. They were slightly surprised to find that the coolant was still green and that there was no sludge buildup in the engine. The plan is to rebuild the 13B so the 737C can run on tthe track again. After the engine is restored, the team will work on the body, electrical system, and other bits.

While the 737C wasn’t a success story, it was an important step towards the 787B that ultimately won Le Mans in 1991. It’s great to see a some TLC given to what would otherwise be a largely forgotten soldier. We’ll be watching as the restoration progresses and keep you updated.