QotW: What would you do if you were Akio Toyoda?

Today is Toyota CEO Akio Toyoda’s 65th birthday. So, first of all, happy birthday, Toyoda-san! It’s a notable age, because in the US it was once the traditional age at which one receives a gold watch and rides off into retirement. Toyoda, however, shows no sign of quitting as head of one of the largest companies in the world. Whatever you believe about Toyota’s cars, it’s one of the most successful corporations in history.

Not only that, but due to its size and strength, Toyota basically defines segments, indirectly sets the prices of materials, and has an outsized say in the direction of the industry. Toyoda himself is also head of the Japan Auto Manufacturer’s Association, which oversees the Tokyo Motor Show, negotiates government policies that affect technology and trade, and affects the livelihoods and careers of about 8 percent of Japan’s working population. It’s a position of tremendous power, and as close as you can get to being a king in modern times. So…

What would you do if you were Akio Toyoda?

The most entertaining comment by next Monday will receive a prize. Scroll down to see the winner of last week’s QotW, “How do you feel about car investors and flippers?” 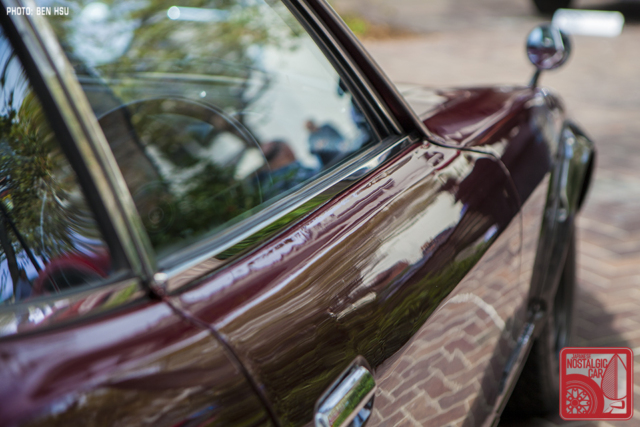 We had excellently argued answers on both sides of the flipper coin. On the pro side, those like Crown, Jim Klein, and Scotty G and say that they are adding value and bringing out cars that would otherwise be sitting in a barn or scrapped. Perhaps Chase said it best, asking us to “embrace the transition from cheap commuter cars to now iconic classics.”

On the other side, speedie offered a humorous analogy to a show dog owner. Negishi no Keibajo pointed out that many flippers are not truly part of the community. However, the winner this week was George F, who offered some eye-opening insights.

If you buy a car, fix it up a little and sell it, that’s fine. Value added.

What I think this question is asking is people harassing an old lady to sell a family car for a song, then turning it around and putting it on Bring a Trailer and selling it for many thousands more without doing a damn thing.

There are even sneakier tricks than that. People with enough money and time buy a car, hype it up on social media and YouTube by saying it’s their childhood dream car and why it’s so special, only to drive prices up just so they can sell it right after.

For the ultra rich, you can even buy a barn full of undervalued and unknown to the masses JDM cars on the cheap, hype one of them up at high-end Sotheby’s style auctions, set the price for a model never before sold in the U.S., or even have a friend bid top dollar, and then unload the rest you’ve hoarded.

There are cons the average enthusiast who’s just shopping on Craigslist doesn’t even know about, because they are not rich.

permalink.
This post is filed under: Question of the Week and
tagged: akio toyoda, QotW, toyota.

28 Responses to QotW: What would you do if you were Akio Toyoda?