QotW: What kind of JNC stuff can you find for a baby? 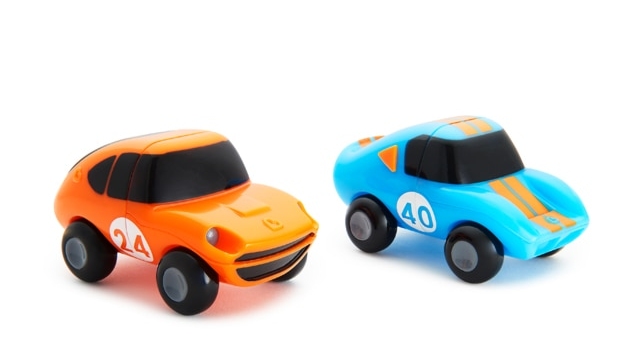 As we mentioned before, two members of the JNC team had little ones this year. Brandon Kelley and his wife had their son, Maximus, and Ben Hsu and his wife had their son, Cedric. However, it can be incredibly hard to find proper JNC-themed gifts for pre-Hot Wheels age kids. Typically, anything car-related will feature generic, unlicensed blobs on wheels. Or, they’ll have your typical Mustangs and such. Probably the most popular real car on kiddie gear is the VW Bus. The Munchkin Motors 240Z above is a rare exception. So, readers:

What kind of JNC stuff can you find for a baby?

The most entertaining comment by next Monday will receive a prize. Scroll down to see the winner of last week’s QotW, “What’s the coolest JNC work vehicle?“

Rather than Hinos and HiAces, the majority of answers to this week’s questions came in the form of kei trucks. There was Ant‘s suggestion of the Daihatsu Midget, Styles‘ recommendation for the Nissan S-Cargo, and Banpei‘s nomination of the Suzuki Alto Hustle Works, all well-reasoned and not at all what most in the west would consider a work truck. However, there was one kei truck we couldn’t deny, and it was Manu‘s pick, the Honda T-360 Snowler.

Imagine this, you are starting a new business in a farm in a snowy zone, you enjoy motorsport and want to race on spring, but, you only can afford one vehicle due business, and even want a good milleage and usable (no big) bed capacity, hard choice uh?

How about a mid engine kei truck, cab over engine (over your seat) with a snow crawler caterpillar on rear!
500cc DOHC four stroke, four cylinder from a reliable motorcycle, cheap to maintain, wide options for engine modifications, low gravity center and low weight; after winter, you can change snow spec for conventional tires, and the biggest cargo capacity in its class.

4 Responses to QotW: What kind of JNC stuff can you find for a baby?