QotW: What Japanese car would you build a lowrider with?

We’ve always had a fascination for the way Japan blends a deeply studied foreign automotive style with its own. Earlier this year, a Toyota Century limousine lowrider took the Grand Prix in the sedan category at the Tokyo Auto Salon. We’ve also discussed itasha, which seems like a modern incarnation of car-as-art, and lowriders are definitely an art form. Big sedans like Centurys and Presidents might seem like the natural choice, but everything from Suzuki Samurais to Nissan Maximas have made their mark on the lowrider scene.

What Japanese car would you build a lowrider with?

The best comment by next Monday will receive a prize. Scroll down to see the winner of last week’s QotW, “What are your thoughts on itasha?” 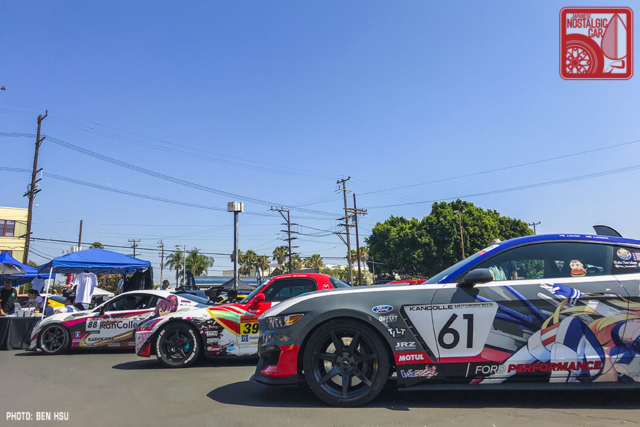 While itasha literally means painful, most respondents felt that if it got more people to enjoy car culture, it’s a good thing. You probably won’t see me rocking Sailor Moon on my FJ60 any time soon, but even I can concede that the more car enthusiasts we have in the current automotive climate, the better. Of all the commenters, Kevin H. captured that spirit the best with his tale of making a Corvette itasha owner feel welcomed at a car show:

I love Itasha cars, especially domestics. No I don’t plan on styling my car(s) with the anime I love but I understand the need to individualize, stand out, and seek attention…. My car shoots fire out of the tailpipe so who am I to judge.
In February of 2020, days before the pandemic hit Houston, I showed my wagon at Radwood Austin. A lot of really impressive cars showed up but what parked next to me was a C4 Vette in a clean but driven aqua green, oh and yeah a giant Waifu decal across the hood and anime down the sides and rear window. Everyone’s face looked as if a skunk was walking by and it made me literally laugh out loud. When the young owner, maybe 20 at most, parked he parked next to me. I immediately stopped what I was doing and went over to him as he was getting out of his itasha C4 Vette and praised him for his originality and bravery. He grinned from ear to ear and told me how he gets nothing but hate for his car, but “loves how it angers people.” Elitist are always going to hate on originality and individualism. I deal with it quite a bit due to my modifications and vehicle choices, but I get way more love because I do what I want to do to MY car. BTW the itasha waifu C4 Corvette was a manual, bonus props there!

13 Responses to QotW: What Japanese car would you build a lowrider with?