QotW: What is the ultimate Japanese car? 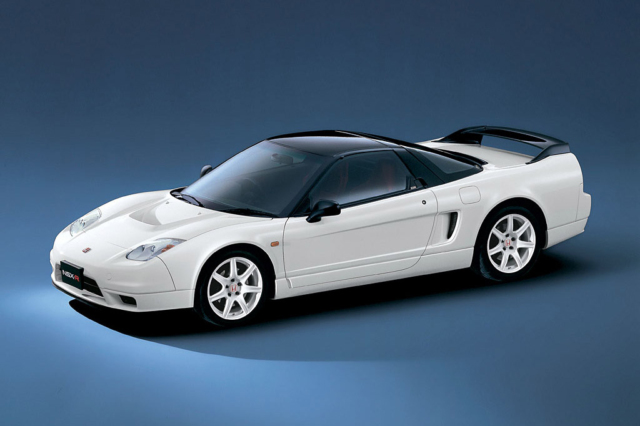 On May 23, 2002 Honda launched the NSX-R. It was the ultimate manifestation of Japan’s ultimate car at the time. It offered true racing technology in a production road car — carbon fiber body panels, flow-through aero creating negative lift downforce, and fully balanced crankshaft assembly from pulley to clutch. Despite its engineering accomplishments, there are faster, more expensive, more beautiful cars that can also claim the title of “ultimate”. Feel free to define the term however you wish, but…

What is the ultimate Japanese car?

The best comment by next Monday will receive a prize. Scroll down to see the winner of last week’s QotW, “Where do you want to travel, and with which car?“. 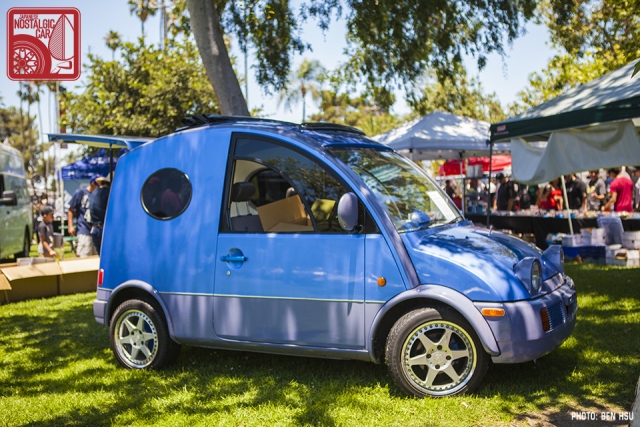 The world is a vast and glorious place. All of the trips from last W’s Q sound epic, and it bring us sadness to know that we will never be able to accomplish them all in our lifetimes.

For example, we had never heard of the term “around the pearl” to describe a coastal route around Sri Lanka until reader Lakdasa brought it to our attention. A non-highway trip around the country in a Suzuki Samurai sounds like the perfect car-trip combo.

Americans are fortunate enough to live in a country that’s so big you can take some pretty ambitious trips within its borders. Take Jacob Durbin‘s Kentucky to NorCal to SoCal (via PCH) trip in an AE86, for example. It’s not necessarily comfortable to drive four-digit mileages in a Hachiroku, but there is something charming about the sparseness of the steed. Similarly, Land Ark has planned a few routes for a potential Miata RF purchase, from where it’s sold to home in Virginia. Nuttiest of all might be Scotty G‘s coast-to-coast journey on a Honda Motocompo.

Not surprisingly, for those demanding a bit more comfort and perhaps mobile sleeping quarters, the Toyota HiAce was a good choice. It certainly sounds like Taylor C. has thought about a Boston to Prudhoe Bay, Alaska trip in a Toyota HiAce Super Custom 4×4 more than once. Meanwhile, Lee L‘s Route 1 trip from Fort Kent, Maine to Key West, Florida, requires a HiAce for the family, or a Datsun 280ZX if flying solo.

The Mother Road, Route 66, was also brought up. We wish Jonathan P. a speedy restoration of his Chrysler Conquest so he can take his dream trek. We also enjoyed Mike P.‘s simple, down-to-earth choice of the car he happened to have in his driveway, a Nissan Frontier.

Elsewhere in the world you might find エーイダン crossing Europe in an awe-inspiring trip to visit ancestral homelands in a Toyota HiLux camper. Meanwhile, Ian N and f31roger plan to ship their own JNCs, a Subaru Young SS and Infiniti M30, respectively, back to the motherland for cross-Japan tours.

The winner this week, however, is someone who has accomplished his dream run. We’d say Fred Langille‘s surprising a spouse with an imported car purchase during a visit to in-laws is more dangerous than his actual Montreal to West Virginia road trip in an untested Nissan S-Cargo, but it looks like he made it with car and marriage in tact:

Actually … i already did it! About 4 years ago, this month, I surprised my wife with a trip to visit her relatives in Montreal, who had emigrated there from the Philippines. The trip had a big surprise in that we were flying up and driving back in, what Doug DeMauro termed ” … the Ugliest Car Ever Made”, a 1989 Nissan S-Cargo van. I had (secretly) been paying on it from the owner who, as it had turned out lived about 15 minutes from her family there! We flew up and at the end of our two-week visit, had the owner drive the van up and, in my wife’s family driveway, we took delivery. After posting a $500 import fee, we began our trek home to West Virginia.

Into the hurricane.
With a leaky sunroof on HER side (of course).
We both had a virus (not THE virus but, the flu … caught it there).
We were sideswiped by an 18-wheeler’s trailer … no real damage, save for a small ding on the pax door near the bottom … and a LARGE stain on the driver’s seat, if you get my drift!

Outside of the trip, the van ran well for an unknown 30-year-old JDM that had never been stateside in its previous life. It went from Japan to New Zealand (where it was painted Red Bull Blue and, had a huge can affixed on the top. The sunroof screen had been removed to affix it there, which made closure completely difficult and, was the reason for the sunroof leaks which have been alleviated a bit (anyone got one of these screens? We DO need one).

The trip was good, outside of the above discrepancies and, camera phones were out as we happily motored along at 55. It took 3 days but, was a decent trip. It was only AFTER we got home that both the alternator and water pump gave out and, new ones procured from Japan.

Since then, we’ve done alot of work on it, mechanically and cosmetically, earning Top 35, Most Unusual and Best Import trophies plus, the van was a focal point during the Huntington WV rest stop for The Great Race last May where we, the Huntington Regional AACA club (I’m the Secretary) had assisted the race cars in parking and reentering the race.
We’ve had a few smaller trips but. nothing beats the Montreal, Canada-Huntington, WV exodus!

19 Responses to QotW: What is the ultimate Japanese car?