QotW: What does your mom think of your JNC? 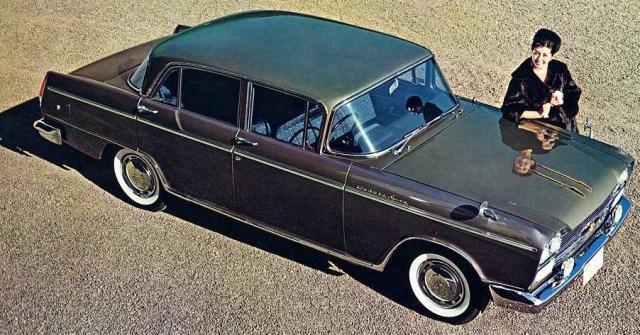 As Mother’s Day rolls on by (Hi, mom!) we take time to say thanks to the one that helped raise us to upstanding citizen and avid JNC fan. I wonder, does dear ol’ mom share the same understanding and admiration for J-tin as you do? Share your story with us.

In my case, my mother didn’t see my AE86 until several months after purchase. I was in college at the time and though I had owned several cars in the past, this was the first one that I would update her on the progress of fixing up. Those repairs and upgrades were also the reason I had to skip out on making the trek back home for a family visit. So, when I finally took the GT-S back home to show my pride and joy, I was greeted with a, “So… that’s it?” rather than a “Wow, so that’s it!”. To my mom, it was an old car with chipped paint and dirty wheels. It wasn’t until I painted the car (self taught) that she started to see the value. That grew as people would stop and ask to buy it during weekends I was at the house.

Now, I think she sees it as just a part of me and not a mistake on four wheels. The car is in mid-refresh now and even though I am an ocean away, she took the time to still look after it. Even steam cleaned the seats! That’s progress. Thanks, mom! So how about our readers?

What does your mom think of your JNC?

The most entertaining comment by next Monday will receive a prize. Scroll down to see the winner of last week’s QotW, “What’s your best ‘3-digit purchase price’ car story?” 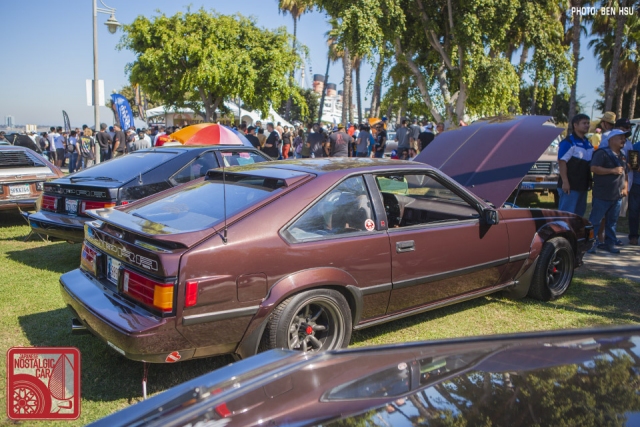 Comments this week seemed to fall into two categories. Some lucky bastards like ol shel scored great deals back in the day. Most of you, however, have made some brave purchasing decisions over the years. CLShifter told a heartwarming tale of 200SX love. Speedie‘s experience with a Celica Liftback steered him towards a lifetime of manual transmissions. Jason Marah nearly took the prize with his hilarious tale driving across Ireland in a sketchy RX-7. The winner, however, is Evan P and his truly epic tale of how he scored an A60 Supra for about 1/10th the cost.

I have a pretty interesting story about getting my 85 Celica Supra. So this is 1999 when initial D and drifting was just becoming a thing in the US. I was always a fan of the AE86 and the Supra’s from seeing them on the streets when I lived in Va Beach, Va, a lot of military guys and old school heads had them from the Air Force and Navy Base out there. So it’s 1997 I’m in The Air Force stationed in Oklahoma, “BFE Oklahoma” at that…. A pilot I worked with had this super clean 85 Supra, it’s the Terra Cotta Brown, even more rare than the white, silver, red ones. He drove it on Fridays around base and I would see him and his wife in it around town on weekends for “ date night”. It was immaculate. I would always ask him about it at work and he let me sit in it one day at the base gas station. So clean you could eat off of it. So I drooled over it for a few years. So in 1999 I started looking for an AE86 because well I figured it was a cheap alternative to the Supra since they were going for 8 thousand in some areas and the AE86 had now shot up to 5-6K in certain parts of Dallas FW area so I was screwed. I’m 21, E-3 in the Air Force so you know I have deep pockets right?!!

Well I could never get my hands on a AE86 so I bought a 1990 honda accord. So the summer of 2000 I noticed the Supra sitting in the parking lot of the Squadron I was in. It had been there for months and had not moved. I asked around and asked why this pilots car was in the parking lot. I was told he got stationed out of the country and couldn’t take the car so he was going to leave it there and deal with it when he had time. So I emailed him and told him I would take care of it until he returned and would even put it in storage if he wanted to. He told me “I’ll do you one better, I’ll sell it to you if you want it” , the phone went silent.. as I didn’t think he was talking to me…. In disbelieve I stuttered sure “I would love to by your car, but sir I can’t afford it, these are worth well into 8,000 range especially in the condition it is in, its mint”!! He replied. “Oh I know it’s okay. I know how much you enjoy the car and I would love for you to have it. I know you will take good care of it.” “ So how does $750.00 Sound?”… pause..……….. hello, Evan, Hello you there?……Me: “Sorry sir I dropped the phone, you are kidding right?”, he said “ if that’s too much at once I can work with you on payments”. Me: “No sir the price is fine ( jumping up and down silently screaming on the phone) but I can only send you $100-200 a month until I pay it off, then you can send me the keys and title.” He replied: ‘No need I’ll mail all of that to you now and you just send me the money orders when you can, hope you enjoy it”!!

And that is what I did for 7 months I sent him 100 bucks in money orders from the post office until I paid it off. I have owned it for the last 17 years. I’m the second owner, no rust, no accidents, everything still works and it has spent its life in various countries around the world and after getting it repainted its original color in 2010 it’s got a full JDM 2JZ GTE /single turbo swap and other goodies. I showed it at JCCS last year and took 3rd place for Best Celica.. you can check it out on my IG @ tokenblkguy78

12 Responses to QotW: What does your mom think of your JNC?