QotW: What cars bookended your favorite era of Japanese cars?

There’s a lot of talk these days about whether we have passed the golden age of the automobile, and what the future of transport will bring. While technological improvements in safety, efficiency, and performance are hard to argue with, many of us hold on to an irrational love for cars of a certain era. What is that era for you? One could argue that the best period in Japanese motoring began in 1967 with the debut of cars like the Toyota 2000GT, Mazda Cosmo Sport, and Datsun Fairlady 2000. From there, it was a steady rise in automotive excellence moving hand in hand with Japan’s skyrocketing economy. The closing bookend is a bit harder to pin down, but 2003 seems like a pretty good stopping point. By then, cars like the 350Z, RX-8, and S2000 had been released, but it seemed like denouement.

What cars bookended your favorite era of Japanese cars?

The most entertaining comment by next Monday will receive a prize. Scroll down to see the winner of last week’s QotW, “Where’s the greatest place for Japanese cars outside of Japan?” 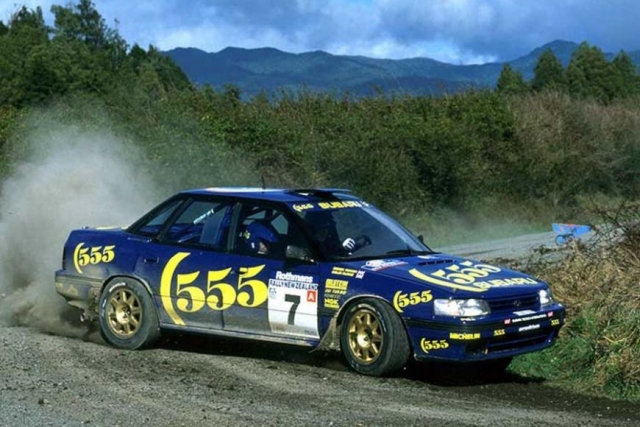 One of the things we love most about our readers is that you hail from all corners of the globe. Over the years, you’ve opened our eyes to many aspects of car culture we never thought of from our primarily US homes. This week, we had readers like Crank_case making a case for Ireland, Ellis for New Zealand, alcyon for Malaysia, Azfer for the Gulf Arab States, and エーイダン for Australia. There were home team votes like Dirty_S30‘s nomination of SoCal or Chase‘s vouching for Texas. It wasn’t easy to choose a winner this week, but in the end Styles had the most impassioned case, and it really made us want to visit New Zealand someday:

Well, disclaimer first, I am hopelessly biased on this. Quite simply, THE best place for Japanese cars outside of Japan is NZ. We’re fortunate to have had a long history with Japanese cars, and especially JDM cars, which we started allowing in to NZ in the 1980’s. My own Celica XX was imported in 1987. While our regulations aren’t as permissive now as they once were, we can still get plenty of JDM goodness, and thanks to our 20+ year rule we can get anything that is from 2000 and older. We have a huge market for JDM cars here, and while most commonly you’ll see Nissan Tiidas and Suzuki Swifts, you’ll also see Crowns, Skylines, Silvias and plenty else.

We’ve got a long history with nostalgics, and while they’re no longer daily drivers, it’s not at all uncommon to see RX-3’s, 240Z’s, and 1st gen Celica’s out and about on sunny days.

We have some fantastic driving roads, with varied terrain and geography, from the sub-tropical north with beautiful beaches, country roads that twist through farms and valleys, to majestic mountain passes in the south. Even in the centre of NZ’s largest city you’re only half an hour from some great roads.

We have plenty of events and a strong car culture, and plenty of race tracks dotted around the country.

Our fuel costs, while more than Australia and the USA is still reasonable compared to many other places, and likewise insurance, registration, and other running costs.

So, to conclude, NZ is the best because of the following. A great range of Japanese cars (both modern and classic), great roads, strong enthusiast culture, and reasonably ownership and running costs.

11 Responses to QotW: What cars bookended your favorite era of Japanese cars?