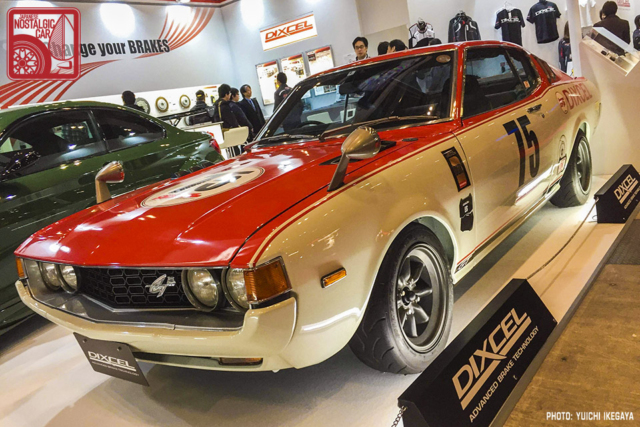 Established in 2003, Osaka’s Dixcel Brakes is a relative newcomer to the tuning scene but quickly established themselves in SuperGT and other Asian racing series. However, with their new line of kyusha-oriented brake components they’re targeting owners who want stronger stopping power without changing the look of their nostalgic cars. 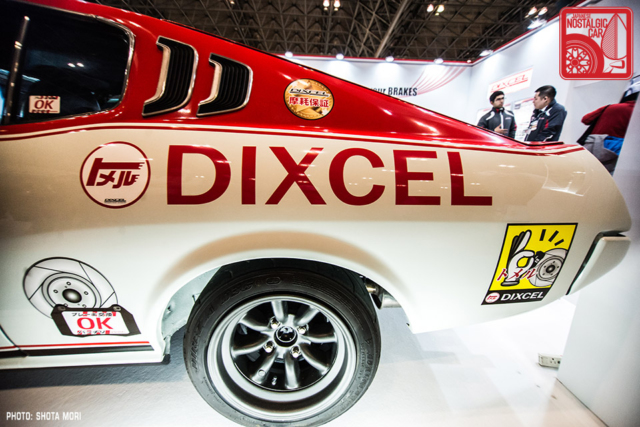 Dixcel says in recent years it has been receiving an increasing number of requests about braking components for older cars. As a result, the company has been collecting data on even rare models, so that it can produce brakes with modern technology but sized for kyusha. 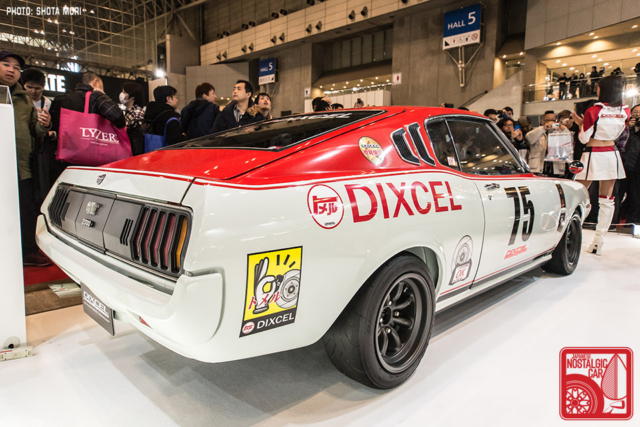 To illustrate the type of cars it’s developing parts for, Dixcel brought to the Tokyo Auto Salon a 1975 Toyota Celica Liftback painted as a homage to the TMSC racing scheme of the era. Mimicking the old katakana Toyota logo is the word “Dixcel.” Under the gunmetal RS-Watanabe wheels are the company’s slotted SD rotors and Extra Speed pads. 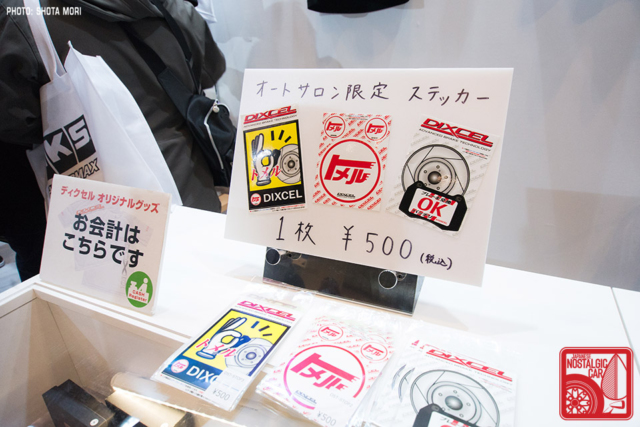 All together, the set costs ¥35,000. Dixcel also has Street Sports pads that it says they were developed for customers who mainly drive on the street but may go to the circuit a couple of times a year and can withstand rotor temperatures from 0 to 700° C. The company says that just based on the way materials have evolved, braking performance is greatly improved even if sizes stay in small diameter for fitment of older wheels. 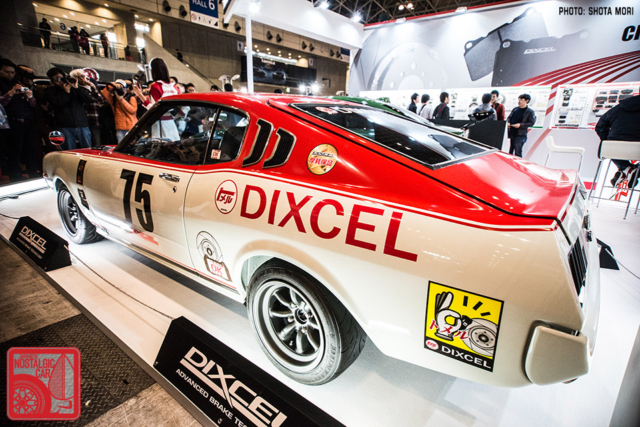 While consumable items like stock replacement pads and shoes can be easily made to fit a number of makes and models, the production costs for performance rotors are more expensive. Nevertheless, Dixcel has gone through the trouble of developing rotors for even rare cars like the Toyota 2000GT. At ¥38,000 a pair, they’re a relative bargain, especially considering only 200 sets were produced.

On top of it all, Dixcel’s kyusha brake rotors come with a 20,000 km (approximately 12,500 miles) warranty with no time limit. That makes them ideal for classic car owners who don’t rack up a lot of miles on a daily basis. It’s a thoughtfully designed and marketed product, and we hope more companies find a way to make financially viable parts for the nostalgic car aftermarket.