PIXELATED: A Datsun Cherry stars in the most realistic car simulator ever created 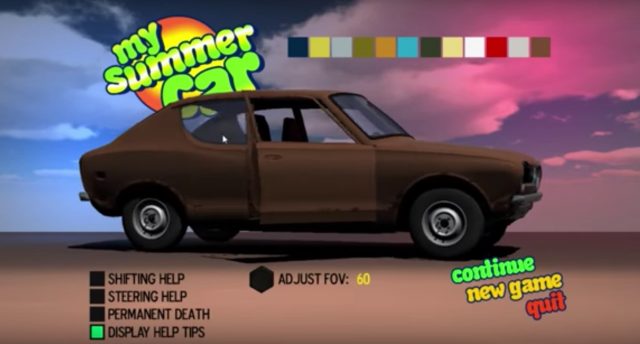 Forget Sega GT. Forget Forza. Forget Gran Turismo. Though we haven’t even played it yet, we’re beyond certain that the most realistic car simulator ever created is My Summer Car, a Finnish game where you restore an E10 Datsun Cherry one frustrating part at a time.

As anyone who owns an old car knows, going balls-out at the track against a swarm of other rare and beautiful classics happens basically never. About a third of your time consists of waiting for parts to arrive, another third is spent turning rusty fasteners, and the remainder is spent working to afford the build. By that metric, My Summer Car is the realest thing ever. 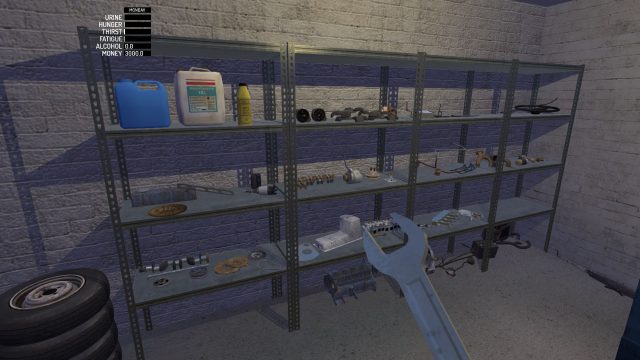 The premise is simple. You spend your summer rebuilding a derelict Cherry from a shell, wrenching on the car’s every nut and bolt. However, unlike most games where building a car is as easy as selecting from a menu, My Summer Car requires you to replicate every pain-in-the-ass mundane thing you’d need to do in real life.

You have to jack up the car one pump at a time, assemble every individual part in the correct order, and select the right tool for each part of the job. The level of detail is so intense, each fastener requires that you tighten it with the correctly sized wrench from your toolbox, which apparently cannot be accessed unless you take the step of opening the lid. 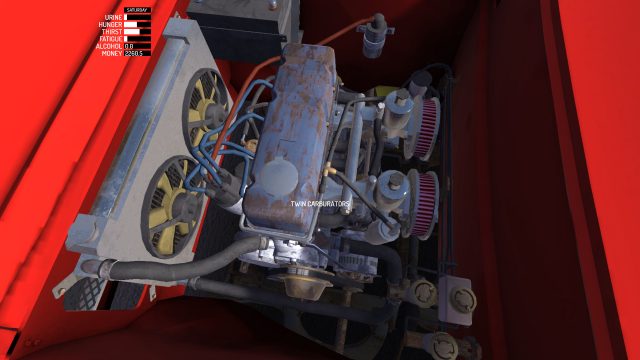 It doesn’t stop there. There’s a major catch, and that is that the game takes place in 1995 — a fact the gleefully parodied by the game’s website design — which means there’s no eBay, no internet forums, and no social media to source your parts from. You have to go down to the local parts shop, order them the old fashioned way, and wait.

While you’re waiting, you can do all sorts of random things like take photos, steal fuel, drive your daily (which can be either a Toyota HiAce or a tractor), go down the local pub and drink so much that you pass out and wake up in a random place, and of course do odd jobs to earn money to fuel your build. 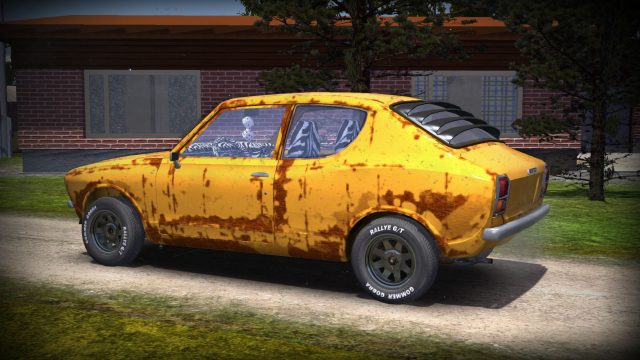 It gets even better. You also have to manage your virtual human body, keeping track of things like hunger, thirst, fatigue and more. My Summer Car could very well be the world’s first game with a urine meter. And if you do something idiotic to Darwin yourself out of existence, the game features permadeath, which is like real death, in that you don’t get another life to try again.

Naturally, you have to tune your carbs, replace worn parts, and manage your brake fluid, oil, and coolant levels. The game even lets you drive off into the Finnish countryside without coolant, but then you’ll catastrophically damage your engine. That is, unless you are clever enough to pee into the radiator (yes, that is an actual thing you can do). 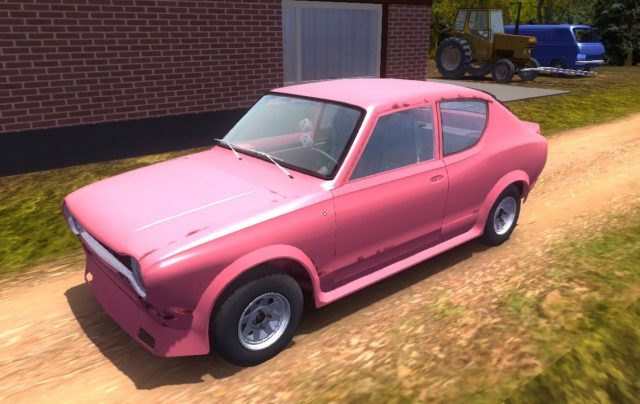 At this point, you’re probably wondering who is mad enough to create such a game. That would be Johannes Rojola, who based My Summer Car on his own Datsun Cherry ownership experience (or was it a nightmare?).

Currently the game is awaiting release on Steam Greenlight, where users of the gaming network can vote on what they’d like to see distributed. If it receives enough votes, Steam will make it available for purchase and download. Those that want to see My Summer Car released can vote for it here. In the meantime, enjoy the trailer and a demo voiced over by Rojola himself below in the most deadpan Finnish accent imaginable.

Thanks to Quentin J. for the tip!

8 Responses to PIXELATED: A Datsun Cherry stars in the most realistic car simulator ever created