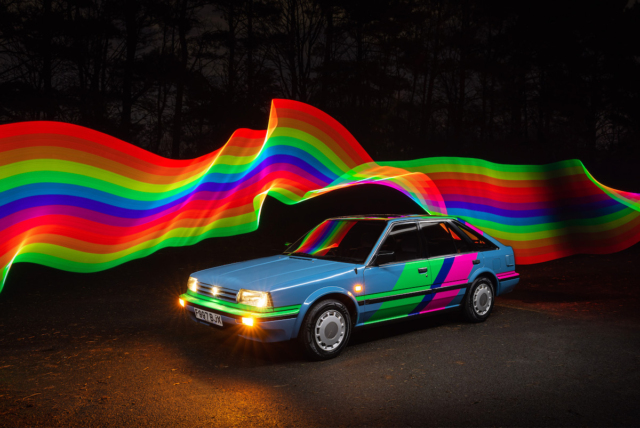 Eighties culture and fashion is, like, so rad these days. Nissan has gotten in on the fun by 80s-fying a T12 Nissan Bluebird — what we would have called a Stanza 5-door in the US — with a modern powertrain. The so-called “Newbird” was built to mark the 35th anniversary of Nissan’s Sunderland plant in the UK, where European-market versions of the Bluebird were originally built. 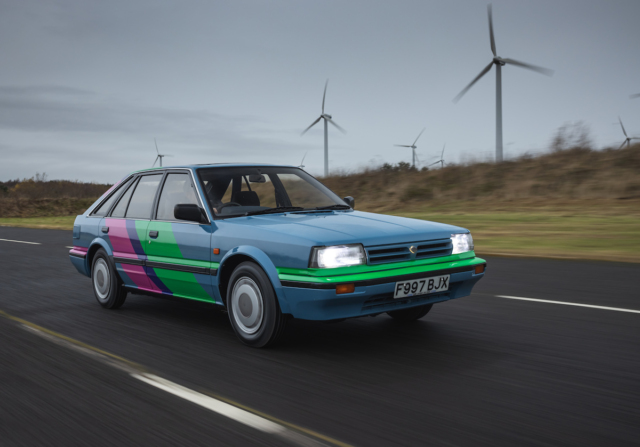 Nissan’s Sunderland plant is a not insignificant part of the country’s automotive history. Not only was it the first factory of a Japanese carmaker to establish itself in Europe when it opened for business in September 1986, it is today the UK’s largest auto production facility, period. It employs 6,000 people (up from 430 at opening) and has cranked out 10.5 million cars in its 35 years of operations. 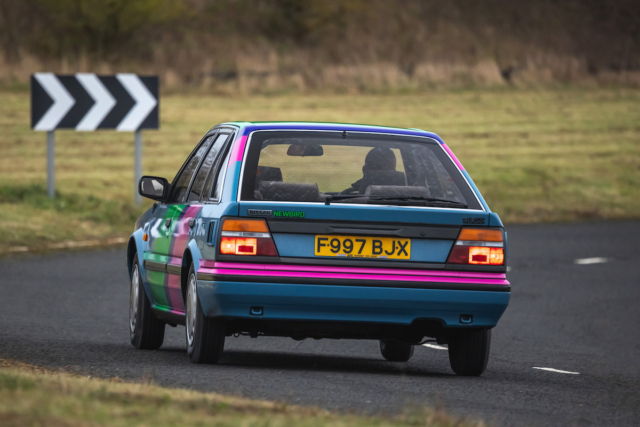 The T12 Bluebird, known as the Violet in Japan, was the first model built at Sunderland. Between 1986 and 1990, Sunderland churned out 187,178 of them. After that, the lines went on to build the beloved P10 Primera (Infiniti G20), the 5-door versions of which were actually imported to Japan. Other notable models produced at the plant include the Micra, Almera, and Juke. Today, it’s responsible for production of the Nissan Leaf. 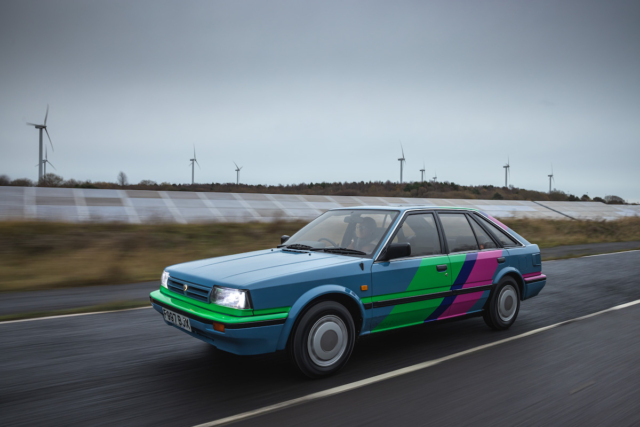 Nissan says that in the beginning, it took 22 hours for a Bluebird to roll off the assembly line, but nowadays a Leaf is takes just ten. So to celebrate the anniversary, Nissan tied together Sunderland’s humble beginnings and its modern day activities by swapping a Leaf electric powertrain into a T12 Bluebird.

Don’t worry, they didn’t do it to Bluebird Job 1. The first car built a Sunderland is a white example that sits safely in a local museum. To create the Newbird, Nissan dropped in a Leaf motor and battery pack, the latter of which was distributed between the engine room and the trunk. The suspension had to be reworked to hold up the weighty batteries, while the steering, throttle and brakes modified to work with an electric powertrain. 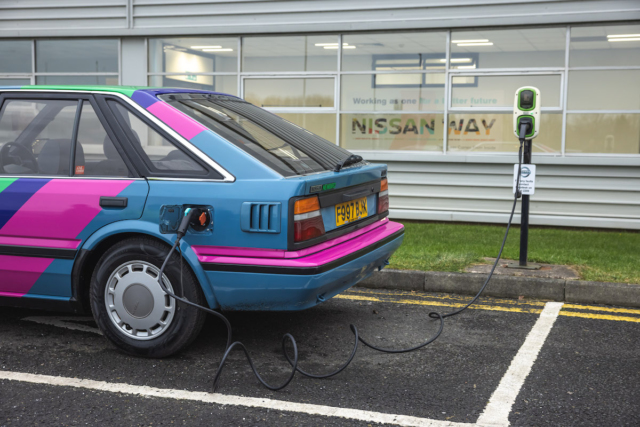 The Newbird can be recharged through a port located behind the original fuel filler door. The interior is still surprisingly analog. They even kept the original gauge cluster, except for one tiny change. The fuel gauge now shows how much charge the EV has left. The Bluebird appears to have been a manual transmission car before the swap; now the center console merely has monolithic black pyramid with Leaf gear selector protruding from it.

The interesting electric blue color seems to have been original, but it wasn’s a color that was offered in the US. Neon green and obligatory 80s magenta stripes were added to emphasize the retro flavor. The livery seems a bit on the nose, veering a little too close to parody. Meanwhile the recent Hyundai Grandeur concept embraced the 80s aesthetic fully and unironically without being a slave to it. You can see some of the resto-modding in the video above, which is set to a gnarly new wave soundtrack. 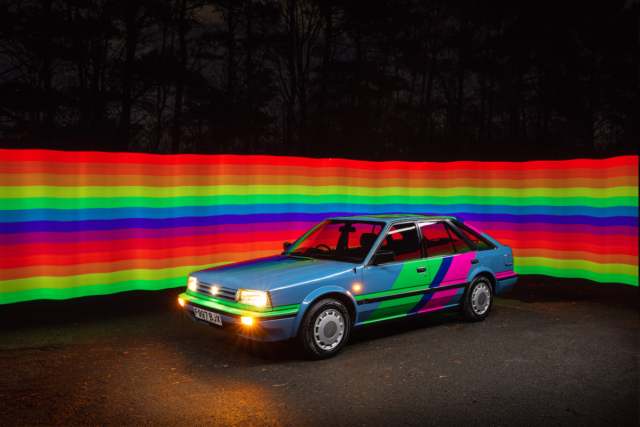 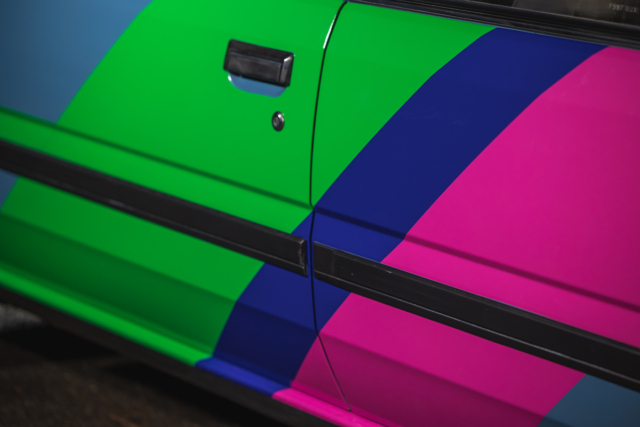 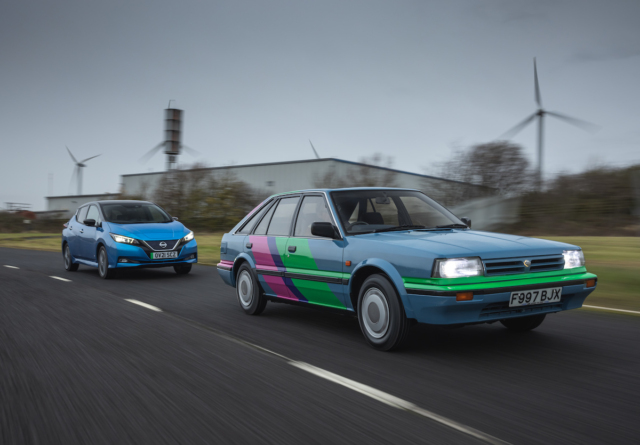 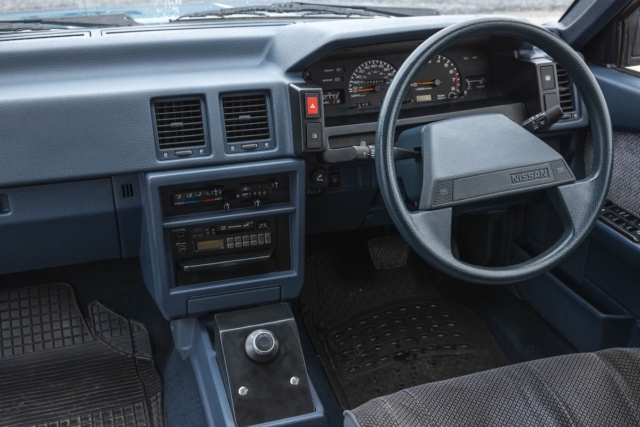 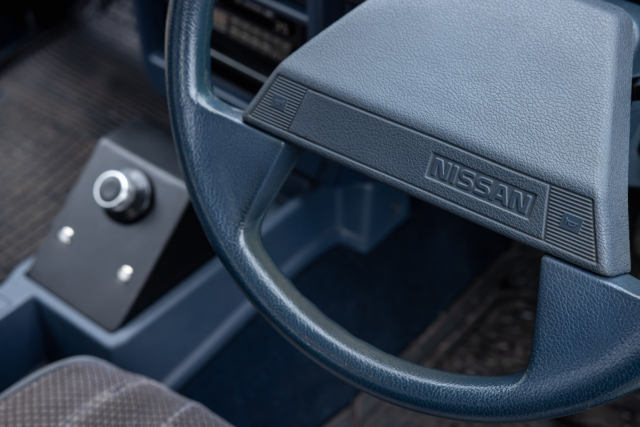 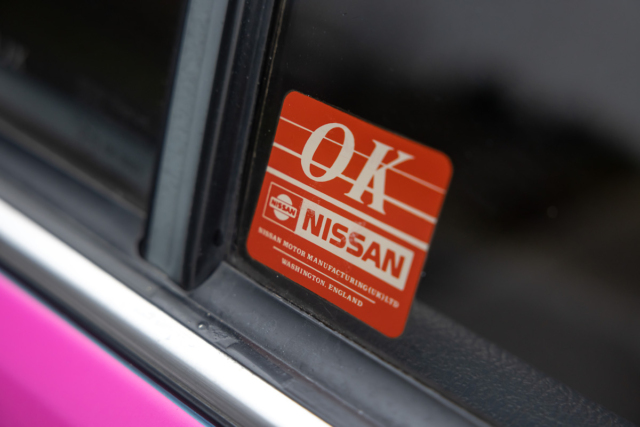 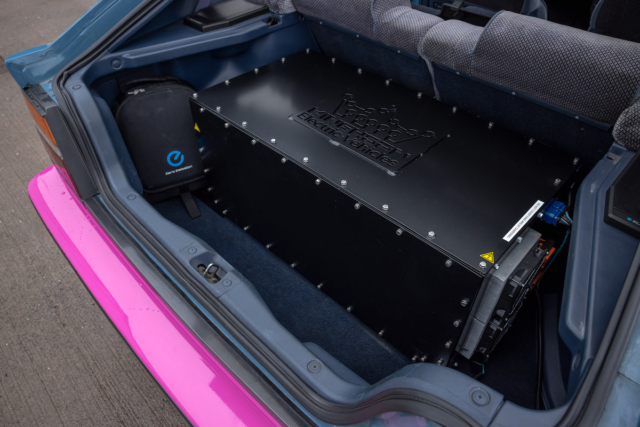 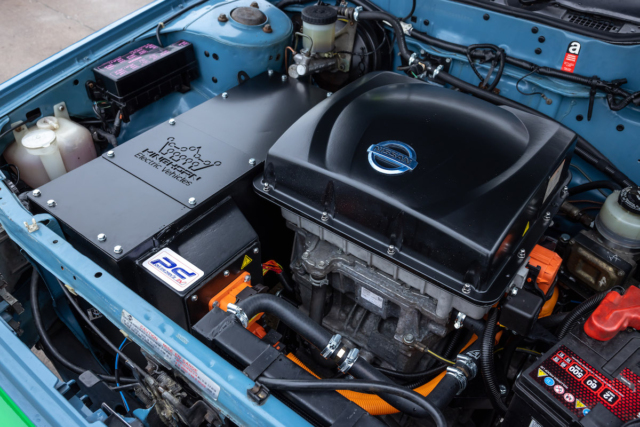 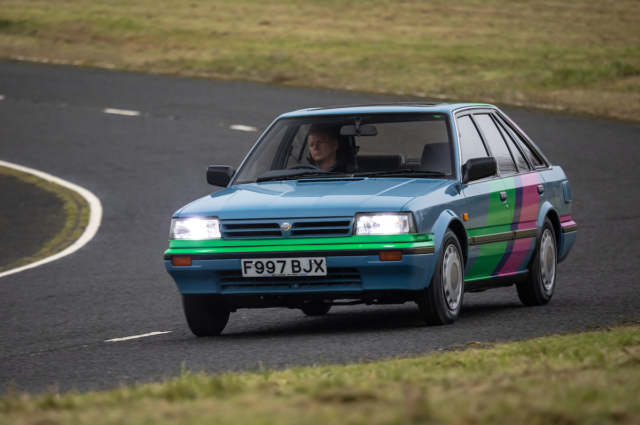 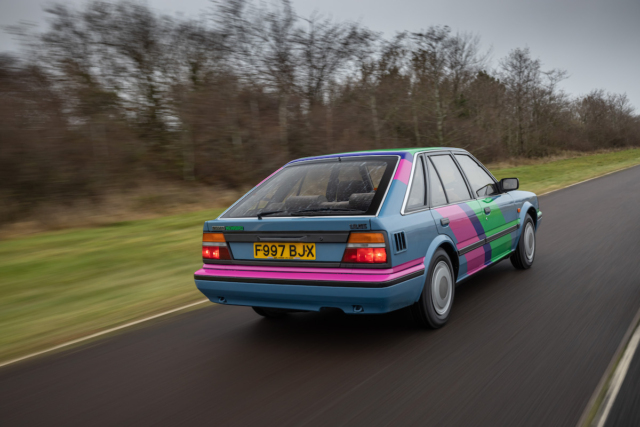